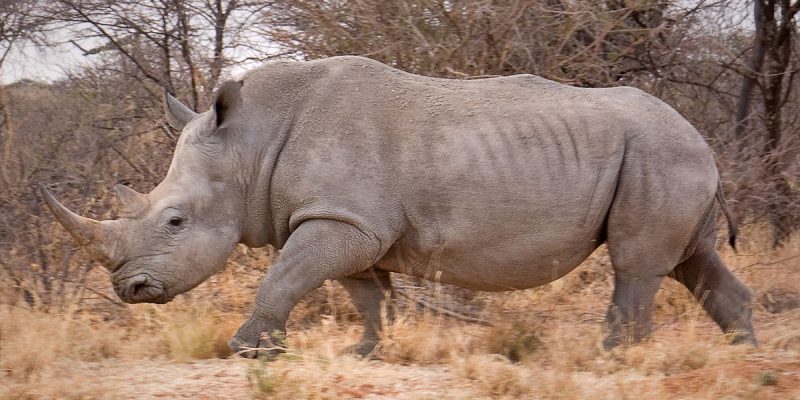 Frankly, we can’t understand why Graves, who stays away from elections that don’t involve him every chance he can, would wander into the fight over bringing closed party primaries to Louisiana. And then take the wrong side.

He’s now on the side of Bill Cassidy, which is not a side a Republican politician wants to be on in this state.

The jungle primary was instituted in the 1970’s. It was Edwin Edwards’ idea. It was brought into Louisiana because Democrats, who ran the state as more or less a one-party dictatorship, didn’t want to be inconvenienced by having to run in ideological contests against Republicans whose ideas were better.

The way things would work was you’d have a huge field in the Democrat primary and there would be a knock-down, drag-out fight over which of the Dems would get the nomination and ultimately win the election. And then after that fight was over there would be a Republican waiting, likely with a decent little war chest but no real chance to win, and the Republican would put up a better fight than the Democrats were happy with.

So the response was to make the Republican fight it out with the Democrats in a jungle primary, and more often than not he’d finish third or fourth. Two Democrats would be in the runoff and rather than an ideological fight over lower taxes, economic competitiveness, corruption and other such issues, you’d have old-fashioned theatrical stupid Louisiana politics take over and the more entertaining clown would win the runoff.

But the jungle primary wasn’t a good solution even for the aims it was intended to serve. It actually let Republicans become competitive in Louisiana, because you didn’t have to be a registered Democrat for your vote to effectively count anymore.

Once that happened, though, the jungle primaries produced stupid results more and more often.

In the 2015 and 2019 elections, in which Republicans savaged each other while John Bel Edwards had the Democrat field all to himself and could woo Republican voters with representations not as one of the most far-left state legislators at the Capitol but as a pro-life, pro-gun conservative Democrat. A party primary set off for more than five weeks from the jungle primary would have consolidated Republican votes and likely prevented Edwards’ atrocious two terms as governor, but that’s not the system we have.

Which is why now, finally, at long last, there is a move to fix this and make Louisiana’s elections look like the rest of the South – where there are party primaries well in advance of the general election and the parties choose nominees to beat their standard.

And in all of those other Southern states the political leadership is far better than we receive here in Louisiana.

It’s pretty simple, really – voters who show up for closed party primaries are the most engaged, informed and active people in the electorate. They generally don’t fall for stupid antics and they’re also very focused on nominating candidates who can win. It’s rare when those voters make a mistake – Roy Moore in Alabama in the 2017 special Senate election was a very prominent example; Todd Akin in the 2012 Missouri Senate race was another, but Akin was the recipient of some dirty-tricks electioneering by Claire McCaskill’s team as she sought to choose her opponent. Akin would have won were it not for his making the Mother of all Gaffes and having the entire GOP establishment run from him with their hair on fire.

In almost every other case, particularly in the South, you get candidates coming out of party primaries who quite closely resemble the electorate which nominated them. Go check out the state legislatures in Texas, Alabama, Tennessee and Florida, for example, and you’ll see that.

In Louisiana, what you get is something totally different.

In Louisiana, particularly in a contestable or swing district but maddeningly enough often in a GOP-leaning district, you usually have a Democrat running, and then you’ll have a conservative Republican. And then you’ll have another Republican whose political background is murky – either they’re a former Democrat, or they’ve got no ideological pedigree. And that third candidate is able to make deals with various Democrat power brokers and interests, just enough to get into the runoff with the conservative.

Democrat voters are then the swing voters in the district, and the third candidate, who almost always turns out to be a RINO, often beats the conservative. And voters who are trying to find politicians willing to stick to principles and do the hard work of reform find themselves shafted.

You hear over and over again from Louisiana voters that there isn’t any difference between the two parties. Well, when Clay Schexnayder and Page Cortez are what passes for Republican leadership, who can blame them?

So Hewitt and the task force she chairs has recommended reinstituting party primaries in federal elections for next year and we’ll have a bill to that effect in next month’s legislative session. We would expect next year there will be a further move to bring party primaries back in state races – either wholesale, which would be preferable but the local and municipal crowd hate that, or at least for statewide elections.

And now he’s opposing a shift to party primaries?

Graves’ quote on the question was just plain dumb.

“You’re asking me if I think it makes sense to limit the candidates that somebody can vote for? That sounds entirely un-American to me,” he said. “I think people should be able to vote for anyone in the world they want to vote for.”

Nothing about a closed party primary system limits anybody’s choice of candidates. Anybody can run as an independent in the general election. But what Graves is advocating is for parties to mean nothing; anybody can hold themselves out as an R or a D without any care or concern for what that brand means and not be accountable to voters who actually do give a damn about the labels. That is a completely fraudulent, RINO take on the issue and it’s entirely disappointing for somebody who’s generally been a pretty good Republican congressman to offer it. Graves has now staked out a place where nobody in the LAGOP should have any interest in supporting him; he certainly doesn’t support them, after all.

Naturally, Billy Nungesser is opposing the move to party primaries. Billy Nungesser wants to run for governor in 2023 as the Democrats’ favorite Republican. If he gets stuck in a GOP primary against Jeff Landry and, say, Hewitt, he’ll get clobbered and he knows it. What he’s hoping is to get lucky enough to end up in a gubernatorial runoff with Landry and run to his left, essentially riding the coalition of people who elected Bel Edwards in 2015 and 2019.

Of course, all it takes is one black Democrat to get into the 2023 race and Nungesser’s plan is cooked.

You can’t really blame him, though from a Republican perspective he’s hardly covering himself in glory taking so self-serving a position. But Nungesser’s quote yesterday on the party primary question, in which he said if “something is not broke, don’t fix it.”

Billy, Louisiana is last in everything. If you think this state’s politics aren’t “broke,” then it proves you’re part of the problem.

And of course, Bill Cassidy is opposing a shift to party primaries. Which is also self-serving, because Bill Cassidy’s name is mud among Republican voters and he knows it after joining with Democrats to vote for the Trump impeachment. In a closed-primary system Bill Cassidy couldn’t be elected dog-catcher in Louisiana. But what Cassidy doesn’t realize is he’s dead meat in a jungle primary as well.

Cassidy has told people he wants to run for governor in 2023. Good luck on that plan, Bill.

The interesting thing about this fight is most of the Democrats like the idea of party primaries. Why? Because 57 percent of the registered Democrats in Louisiana are black, and a lot more than 57 percent of the elected Democrat officials in Louisiana are black. And yet at the statewide level and other major offices you find more white Democrats than black Democrats. Because the money in the party, mostly coming from trial lawyers, is with white Democrats.

Black Democrats have been tired of being told they have to sit on the sidelines while the Foster Campbells and John Bel Edwards take the field for a while now. They’d like to be in control of their party. Institute party primaries and they’ll have that control. And frankly, Louisiana’s politics would probably improve if you had conservative Republicans negotiating directly with black Democrats over the future of the state, without the John Bel Edwardses of the world imposing themselves on the situation and taking sizable commissions on the bad deals that are made.

Is that something Graves is silently for? We would certainly hope not. But we can’t understand why he would take the position he’s taking. Siding with RINO’s like Cassidy isn’t a good look at all.