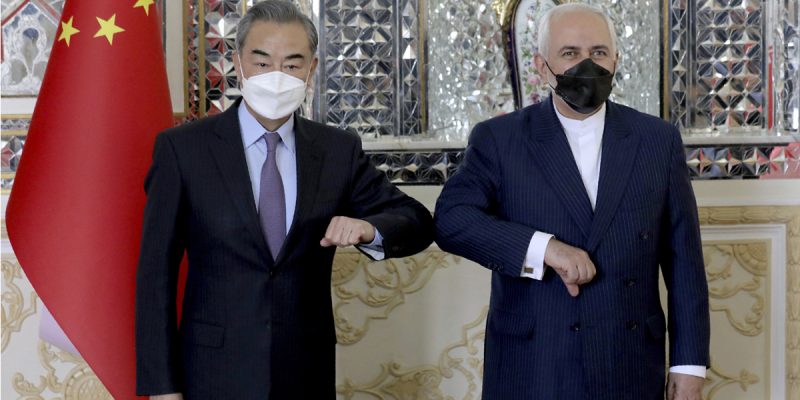 History is repeating itself with the news that China and Iran are now making common cause on the world stage. As I have always stated, deep in the labyrinthic pathways of the human mind, there is a static behavior pattern, which over time has remained static–the acquisition of world/global power. Some men/women can not be satisfied with their own circumstances, they must validated their lives with entangling their days and motives with other’s, sometimes far from their borders.

This happened in 1936 when Hitler signed a pact with Japan to prevent a two-front war with Russia. Then he signed a pact with the Russians that he would soon violate after he accomplished his aims in Poland and central Europe. Hitler knew his goals well.

This is not a time for the United States to assume a supine position in geo-political affairs. To do so, will be to the United States’ detriment and sovereignty. Already, our resources are labored, if not stanched. Already, our borders are porous and vulnerable to invasion. Our citizenry is distracted with manufactured racial and ethnic division, which will result in a worse situation than that complained of. Our national leadership is weak and impotent, by design. Our state governments are under attack by the national government. People’s thoughts and expression are, at best, calibrated, or at worst, cancelled. Foreign government have influence over the daily affairs of our domestic and foreign policy. There are fissures in our unified defenses, thus weakening us more.

Our national press is pre-occupied with race and gender, while our enemies have dismissed those distinctions in favor of global domination. They see our pre-occupations as distractions and weaknesses and are capitalizing on our inattentiveness to form allegiances with only one design—the complete subjugation of the United States.

Ask yourself a question: how can a Muslim theocracy like Iran have anything in common with an atheistic communist regime like China, where Muslims are in concentration camps?

There can be only one answer. The hatred for the United States has caused these two nations to put aside their intrinsic differences and prosecute their common goal–the destruction of the the United States. And under the control of those overseas tyrants, the race and gender concerns our leaders are so concerned about will be relics of an overly indulgent, and utterly destroyed society they will ridicule as they trample on the remnants.

Is Biden taking his nap?