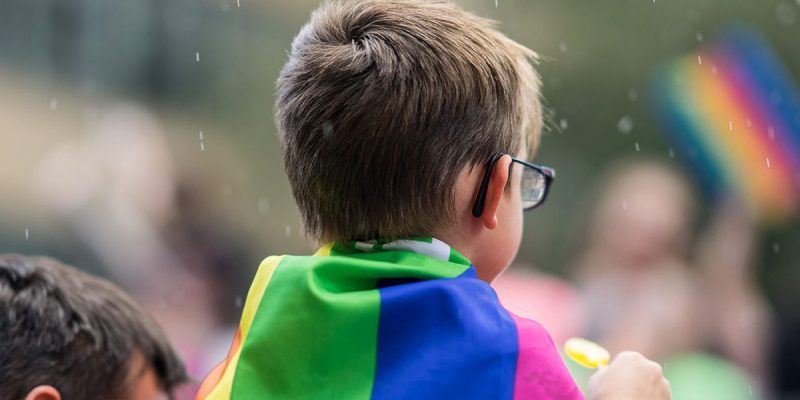 Louisiana must join other states to stop far-left Democrats in Congress and the White House from harming children and young adults.

Having captured that party at its national level, the extreme left has set it on a mission to erase immutable biological differences between the sexes. Democrats have passed out of the House of Representatives a bill that would erase such distinctions legally, based upon the creative (if excessively so) reasoning behind the 2020 Bostock v. Clayton County decision. That, focused on Title VII of the Civil Rights Act of 1964, prohibited discrimination on the basis of sexual orientation and “transgender status” in employment.

The bill, which far exceeds the reach of the ruling, is dead on arrival in the Senate. As a backup, Democrat Pres. Joe Biden has issued an executive order essentially reversing one of his predecessor’s. While not going as far as the bill, this extends the creative definition of Title VII promulgated in Bostock to other laws, including Title IX of the Act. That governs education, and specifically purports to allow students who claim a gender identity in contradiction with their actual physical sexual state to participate in educational activities, including athletics, under their self-assumed identity.

As well, the Biden Administration will slap a full-court press using all administrative tools at its disposal to put the weight of the federal government behind the chemical alteration, if not mutilation, of children, if last week’s Senate nomination hearings of a proposed Assistant Secretary in the Department of Health and Human Services indicates anything. With nominee Rachel Levine’s putative position having authority over such matters, under questioning she dodged answering two critical questions: “Do you believe that minors are capable of making such a life-changing decision as changing one’s sex,” and “Do you support the government’s intervening to override the parent’s consent to give a child puberty blockers, cross-sex hormones, and/or amputation surgery of breasts and genitalia?”

The executive order can influence court rulings about these matters, until the U.S. Supreme Court decides on future cases (which may include revisiting the Bostock decision), and until then the Biden Administration will have free rein to apply the law as it cares to define it and use that against the states by denying federal funding in areas such as education and health care unless states submit. Fortunately, with the Constitution leaving education and health in the hands of states, they have latitude to resist and set the stage for Court rulings to confirm their wisdom.

These initiatives by Democrats pose a serious threat to the well-being children and young adults. In particular, girls and women who seek to excel at sports will find all the honors going to biological males if they must compete against them. Consider that in comparing 2016 results, if competing together all female track and field and swimming Olympic competitors would have won just a half-dozen medals against dozens won by American high school boys at their national meet. Simply, biological males will dominate against biological females in all age categories.

However, the psychological blow girls and women would feel if always defeated by boys and men in competitions, or from simply not challenging themselves by opting out of athletic participation, that would result under Democrats’ laws pales to the psychological and physical damage done to children who are allowed to whimsically request medical interventions – potentially at taxpayer expense – to alter their sex. The hard left argues children have the maturity and mental capacity to make such decisions, even as it voiced support for Supreme Court decisions over the past few years ruling that criminal offenders in late childhood couldn’t be tried as adults precisely because they didn’t have this capacity, much less those who were younger.

A number of states have launched into the legislative process bills that would protect children and girls, and young adults and women, from the ideological excesses of the Biden Administration on this account. Louisiana needs to do the same during its upcoming regular legislative session, and put these protections into law.