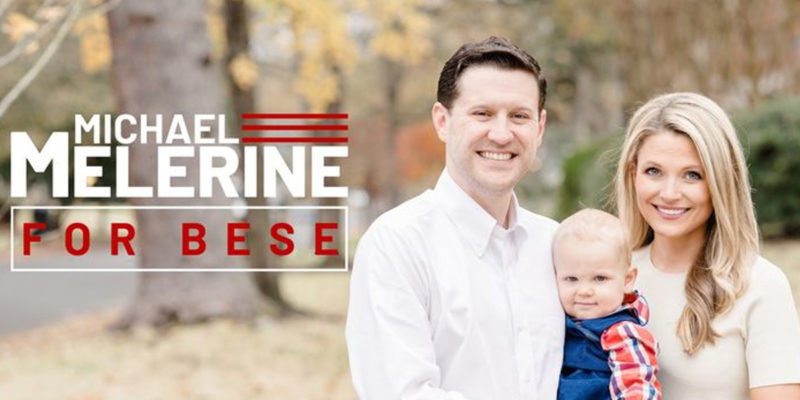 Most pro forma of the bunch came in the contest for the Fifth Congressional District. Predictably, Republican administrator Julia Letlow swept into the seat that remained vacant when her husband Luke, elected last fall, tragically died just before his swearing in. She rang up nearly two-thirds of the vote in a contest where the only drama involved whether she could win without a runoff, given the dozen candidates in the contest. She answered that rather decisively and shamed Democrats whose sole entrant could muster just 27 percent of the vote.

In a relatively low-interest contest such as this, where just over a sixth of the electorate bothered to show up, conservatives hoped that Republican businessman Claston Bernard had a chance to make the runoff even in a district with 63 percent Democrat registration. But a lot had to go right for that to happen and it didn’t. GOP voters didn’t coalesce behind him, with some attracted to a trio of fringe candidates. Additionally, the low turnout showed his campaign couldn’t pull to the polls enough normally-indifferent voters discouraged without a real Republican alternative on the ballot. And, his efforts couldn’t detach an adequate number of voters from the least extreme of the runoff participants, Carter.

As such, Carter will benefit from those GOP votes, but he won’t cruise to a victory in the runoff. Peterson and Chambers for the most part are two sides of the same coin, so she will grab most of his votes. But that will be about it. Carter will have to work to get those Republican voters to return to cast ballots next month, which if he demonstrates how shrill and woke Peterson is shouldn’t prove problematic.

Most in flux was the five-person contest for the District 4 Board of Elementary and Secondary Education spot. Two candidates served merely as spoilers: no party Cody Whitaker who came from the same parish as major candidate Sherry McFarland and former Democrat state Sen. John Milkovich, who ran as an independent.

Whitaker received four percent, of which nearly two-fifths came from his home parish Winn, and Milkovich drew 16 percent attracted to his quixotic message of revisiting settled curriculum policy and firing a past state superintendent of education. Both disproportionately took from the candidacies of McFarland and Republican lawyer Mike Melerine.

The impact of the campaigns of these also-rans would determine whether the runoff would feature those two major candidates or only one and the only Democrat in the race, university professor Cassie Williams. If particularly Milkovich could draw voters, then the latter scenario became more likely, for as he gained more votes, these increasingly would come from Republicans.

That’s what happened, with Williams leading the field grabbing 29 percent of the vote despite doing little more than sending out text messages. That represents close to her ceiling in a two-up contest – in the runoff she will do well to broach 35 percent – meaning whoever between Melerine and McFarland could make it into the runoff essentially would crown themselves as the new BESE member.

Melerine triumphed on this account, besting with 28 percent McFarland who garnered only 22. He raised more money and deployed campaign communications to voters aggressively. He also had the advantages of a Caddo/Bossier base (and who didn’t face another local candidate in a small parish) and more convincingly could present himself as a conservative, with McFarland potentially singed by the legislative quest of her husband, GOP state Rep. Jack McFarland, to raise gas taxes.

Williams, who hasn’t lived in the state even a year and of whom half her sparse campaign donations appear to come from the Los Angeles area, stands no chance against a Melerine campaign that has proved more than able in stimulating turnout to his favor in a contest that didn’t reach 10 percent district-wide (peaking at 25 percent in Winn for obvious reasons and 15 percent in Bossier due to Bossier City elections there).

Interested in more national news? We've got you covered! See More National News
Previous Article GURVICH: The Closed Primary And The Missed Chance For Real Change
Next Article It’s Time For The LSU Board To Shut Up About F. King Alexander