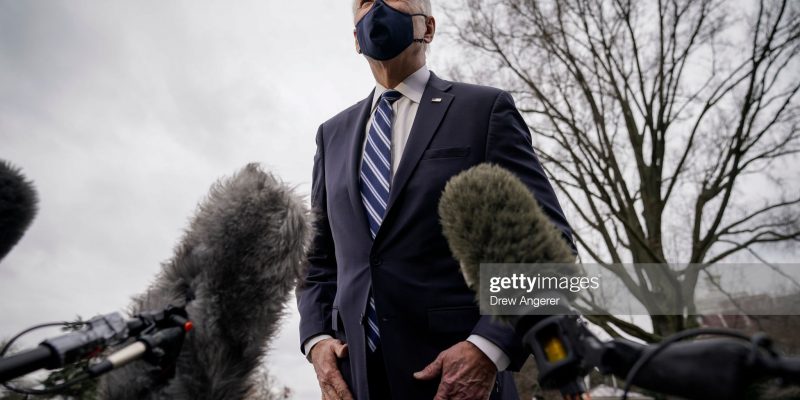 President Joe Biden took a couple of questions from reporters on the South Lawn of the White House on Tuesday but some viewers are pointing out something very strange about the footage.

The president’s hands appear to inexplicably appear over the top of two reporters’ microphones despite him standing several feet away meaning it should have been the other way around.

The strange occurrence has led many social media users to accuse the White House of using a green screen to fake the interaction. Others theorize the microphones were edited into the video afterward while some even argue it is the product of Computer-generated imagery (CGI).

Either way, it is a bizarre moment in presidential history especially because several news organizations have utilized the footage which has further fueled swirling speculation.

While the origin of the video is not entirely clear, it can be found on ABC News’ official Twitter account. Several news outlets have sourced ABC when republishing the clip while reporting on Biden’s response to being asked if he had plans to visit the border amid the recent flood of illegal immigration to which he replied, “Not at the moment.”

Other news organizations using the bewildering imaging includes CNN, Washington Post, The Hill, The Daily Caller, The Recount, among others. A separate video from a different angle also shows the perplexing visual inconsistency, further fueling questions over the legitimacy of the impromptu “Q & A” session.

If theorists are correct, it would be an elaborate hoax for which the motive remains unclear. The sound of Marine One can even be heard in the background, muffling the audio. The 46th president has been under growing scrutiny over his lack of media engagements and this latest dilemma is sure to further feed the public’s desire to see and hear from the leader of the free world.

Watch the video that is going viral for yourself below and let us know your thoughts: