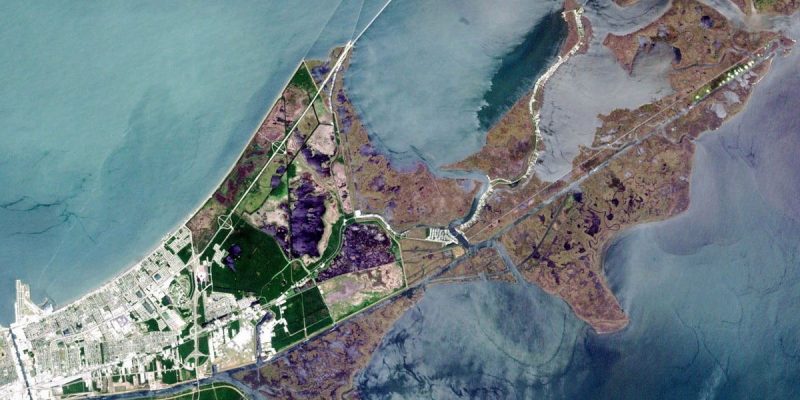 So, we knew the score. African Americans had achieved a voting majority in the City and their leaders intended to use their political sway to enhance themselves with the same patronage and favoritism schemes that others before them had. It was their turn and nothing, not least Katrina, would pry that from their grasp.

I suppose that it is a great weakness of democracy that he who controls the power, controls who benefits from that power.

Despite that inherent selfishness, what has made America so successful as a nation has been that the majority of the time there was always enough swag to go around. Even though one group reaped the political benefits of being in power, the overall system worked so well that the rest of the people could still prosper enough to satisfy themselves.

And when that equation invariably falls apart the great pendulum that is democracy swings and the once-powerful are swept aside in favor of a new group that take over. No matter who is in power, the key to American political stability was and is that there is enough prosperity to go around.

But now, years after Katrina, the people of Chocolate City have missed the boat to prosperity. The main reason being that, beyond obvious racial overtones, the whole concept of an Afro-American city, as envisioned by Nagin and built upon by his successors, involves social and economic policies that are an anathema to economic growth. There has not been enough economic vitality to share and therefore not enough prosperity to make everyone happy. And the most unhappy today may be African-American citizens who have been misled to believe that black politicians could have ever had anything to do with their personal well-being.

Take the recent Congressional elections, largely based in New Orleans. The candidates entered into a traditional Louisiana campaign to promise everyone everything, and that someone else would pay for it all. They made the “It’s our turn” case; a great fallacy of politics as nothing is free and no one has any obligation to do or pay for anyone else.

Nagin made his race-based decision because he was forced to by the black political leaders of the city. Theirs was a reaction to a plan promoted by white leaders to try to make post-Katrina New Orleans relevant, to recapture the potential to create prosperity for all. But in order to do so a lot of patronage, pecuniary and power alike, would have been eliminated and the black leaders would not abide by that, not while they held the reins of power.

A group of the most renowned city planners, architects, and economists in the world (the Urban Land Institute, the ULI) had been invited to redesign a city and an economy that was in shambles. They saw in New Orleans the opportunity to put into play the best practices that had demonstrated such success in re-building Europe after World War II. They had analyzed New Orleans in light of the results of Katrina and its weaknesses before and since Katrina.

Their answer was simple, the City did not have the people, the economy, or the resources to operate in the same way that it had before Katrina, let alone to create a modern economic center that had the potential to deliver prosperity for its people going forward.

Black protectionism forced the Mayor to walk away from the ULI strategy. As we went back to business as usual the Mayor also ignored the economic decline the City had been suffering before Katrina, resulting in predictable outcomes. But let me be clear, I have no thought that the Mayor’s plan was fundamentally racially motivated. No, he was forced into making the Chocolate City decision because the black leaders were reacting just as any other group of political power brokers would have reacted when faced with the loss of their authority and money. It just so happened in this instance black leaders in a black majority city forced a weak Mayor to proclaim a race-based concept. The Nagin plan was perhaps black, but its underlying foundation was always green!

Now nearly two decades after Katrina what has patronage politics left in its wake? Well, in our local news media the answers are there to see. NOLA.com recently published a story decrying the continuing decline of New Orleans East, a huge, mostly black, and once prosperous geographical section of the City. The article was an emotional look at an area in decline and its impact on the residents. Surprisingly for a change, the article contained only limited innuendo of white racism (always rather amusing since the City has had black leadership or pseudo black leadership for decades).

Where the article dramatically missed the mark was by failing to link the current status of the East to the City’s refusal to heed the warnings of eminent scholars made at the time of the Chocolate City proclamation. And to link the failure of the City to base its strategic thinking in economic reality, instead of just reacting to political pressure.

I suppose that we must remember that the reporters at NOLA are people with little or no relationship to the history of New Orleans, nor with any knowledge of what it was like when it was a fast-growing economic center. Worse, they have no idea of what happened even before Katrina to change that. Perhaps emotional writing sells papers, but in this case, it fails to evaluate real problems in light of bad decisions from years ago.

Instead of prosperity, New Orleans East today features poverty, lack of businesses and services, crime, and all manner of societal ills…..exactly what a city in social and economic retreat looks like. Could it have been different? Could the history of New Orleans East have been one of growth and a return to prosperity?

As I noted in other times and in other places when one sub-set of the body politic is in power and takes care of its friends, there has always been enough of everything to go around. That invisible process allows for the excess to spill over so that those out of power do not mind being in the political wilderness. But since the leaders of post Katrina New Orleans maintain the Chocolate City path, including those policies that are economically bankrupt, there has never been enough of anything to go around. The result has been that the economically weakest areas, ironically mostly areas that are heavily African American such as New Orleans East, have suffered worst.

Though some of the black ruling class has prospered under the Chocolate City concept, the majority of citizens of all races have not. And so, the historical concept that as long as patronage leaves enough for all to get their share no one complains, does not apply to a City in which there never was enough in the first place.

Racial politics may play well at election-time, but great swaths of the City face decline as its tenets are overwhelmed by reality. What the politicians and the people do not seem to understand is that no job creating business has an obligation to come to New Orleans. No one has to build grocery stores or malls in areas that have little economic vitality and feature so much crime. All the government freebies in the world cannot substitute for the prosperity that only good jobs bring. And those jobs just will not come to a city in which the creators of those jobs cannot make a profit and keep it from a voracious city government hungry for taxes, fees, and regulations.

NOLA’s article could have opened some eyes to the folly of Nagin’s and his successors’ actions. But, since it did not remind New Orleanians that they were warned all those years ago to expect these results, it failed the people. And if the rhetoric of the recent Congressional race is prologue, we should not expect much to change.