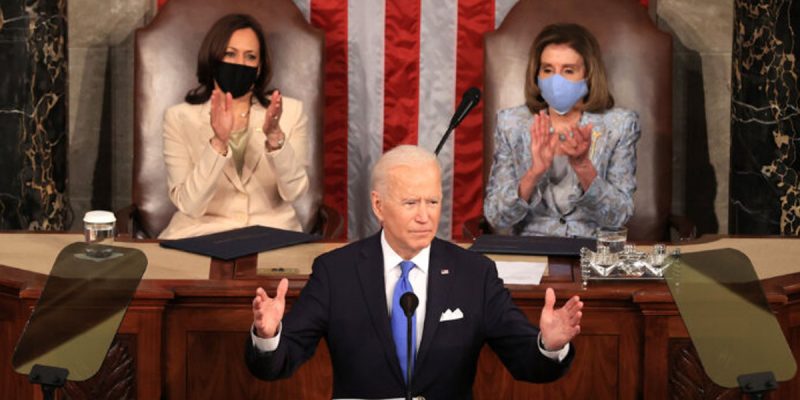 I guess one advantage of age is being able to evaluate current events in light of the past.

For instance, I am constantly exasperated with the decline of New Orleans because I have strong memories of when it was a growing economic powerhouse, the Queen City of the South. Those days are now long past, but in light of today they still haunt me.

Another epoch that I well remember was the time of stagflation under Jimmy Carter. Replays of that past echo on TV every night. We see Democrats (the new socialist version, not the old populist Carter version), regurgitating the same nonsense that long forgotten Democrats did back then.

The rich take advantage of you, tax cuts only helped the rich, we give everything to everyone, and no one will have to pay anything. This is what you hear from the Biden (some say the Sanders, AOC, Warren) White House. Only for today’s Democrats, instead of just using jealousy and fear, they have turned to creating a racial Cold War as their instrument to shame everyday Americans into following their lead.

So here is what we have. Biden is on a spending spree for the Far Left that is being funded by printing money at extraordinarily high rates. He is also pushing higher taxes on the “rich” to help pay for the liberal wish list. Most likely because Trump cut them, he has focused on a big jump in capital gains taxes. I say most likely because he seems to have a blind fixation on undoing Trump no matter the consequences to the nation.

With the help of the left-wing media’s propaganda machine the case is that the rich have taken advantage and that he will punish them. Sound familiar? It should, those talking points, fear and jealousy, are always used by Democrats to sell their economic irrationality. Since history is prologue look today for the same Carter pattern of economic folly linked to bad monetary and international policy, only in a 21st century version at unheard of levels.

Initially there will be a boom in jobs and wages with claims that it is paid for by those “rich” people who will get skewered by the vindictive Left. The joke will be on us though, as history has demonstrated that the “rich” will find ways to minimize their tax implications even as those taxes will soon enough filter down to the rest of us through higher prices, fewer jobs, and less income.

The capital gains tax claptrap is particularly disturbing since once again it is history that has demonstrated that when capital gain taxes go down, jobs, incomes, and government revenues go up. So as the Left incoherently savages the capital markets the expectation must be a counter effect to be borne by all of us. As during Carter’s time, the TV news will once again be consumed with economic misery as jobs dry up and costs skyrocket.

Of course, in its passion for power the Left does not care about real folks. They can claim the talking point that they made all those selfish rich folks pay their fair share, whatever that is (according to tax data currently the top 1% already pay more taxes than the bottom 90% combined). And, even though the effect on the rich will be minimal, a now more impoverished base will blindly feel vindicated in getting imaginary payback from the more successful.

In Biden’s time, the real money that the Democrats will spend will come from printing trillions of US dollars in the form of debt. And who has to pay that debt? Not the current bunch of Democrat scallywags, they are too clever for that. No, your kids and grandkids will be called upon to shoulder the burden of Democrats buying political power in 2021.

So, we can expect a short-term boom in jobs and incomes, but the key word is short term. Since the government’s new tax structure will dissuade private sector spending, investment will fall off. As the printing presses roll, inflation will kick in presenting another body blow to the private sector.

Viola, there you have Jimmy Carter stagflation redux, only this time there will be serious racial tensions that could turn very ugly. And if Democrats stay in power the next generation will be saddled with a debt of immense proportions, meaning that they will live in a very ugly America.

So, what happened to Mr. Carter. Well after four years of Democratic folly the people had had enough. Out went Carter and his cronies and in came Reagan. And with Carter also went all the liberal folly that he had brought with him. Except perhaps to the liberal intelligentsia (the same clowns who are running our America), to no one else’s surprise the next twenty years were a boom time for America and American citizens.

For whatever its worth this is my view of history and how it is being replayed to the great detriment of our people. If things happen as they did back then, expect to see a groundswell of voters wanting to throw the current batch of Democratic rascals out. Then, after a short of time of provident leadership, the radical Democratic genie that is controlling our lives and livelihoods will be put back in its bottle. Finally, just as in Reagan’s time, we should expect to see a resurgent American private economy that will carry us to mid-century or beyond.

That is unless a new generation of Americans do not bother to read history books and just accept as Gospel what the left-wing media says!

Interested in more national news? We've got you covered! See More National News
Previous Article Average Tax Refund in Texas
Next Article CROUERE: How A $3,700 Ad Campaign May Have Saved The US Senate