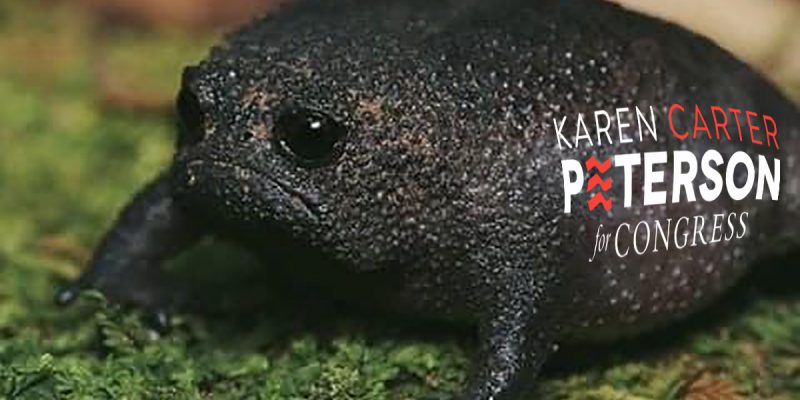 Louisiana’s Second Congressional District is heavily Democratic and has a predominantly black electorate.

And when KCP wasn’t making the absurd claim that her runoff opponent, fellow black Democratic State Senator Troy Carter, was in league with the GOP, she was promoting AOC’s endorsement.

And while New Orleans, the biggest pot of votes in the district, has not just become more Democratic but also more left-wing in its political tendencies, it’s not Marin County in terms of ideology either.

There’s a difference between being a Democrat, as in loyal to the party, and being woke, as in an apostle of a radical ideology that is anathema to the Louisiana petrochemical economy.

And that was the difference between Troy Carter and Karen Carter Peterson politically and in their respective results in the special election runoff.

Peterson calculated that Republicans would not be enthusiastic to show up to choose between two Democrats who would vote contrary to their views and her path to victory cut through university quads and social justice activist gatherings.

Carter relied on the Democratic establishment, the River Parishes, his west Jeff senate constituency, and conservatives who didn’t want to give The Squad a new pledge.

In the primary St Charles gave a majority of its vote to Republican candidates, with GOP endorsed candidate Claston Bernard running first with 33%.

Though runoff turnout fell by about a quarter in St Charles, those who showed up in the conservative bastion overwhelmingly backed Carter with 70%.

When Peterson ran for Congress against Bill Jefferson in 2006, despite enjoying support from stalwart Republican megadonors Joe Canizaro and Boysie Bollinger (both of whom would be big Trump backers), she adopted a hard Left message.

Though under a cloud of scandal courtesy of bribe money concealed in his freezer, Jefferson worked the barrooms and presented himself as a relative moderate.

The coup de grace was delivered by then Jefferson Parish Sheriff Harry Lee who publicly encouraged his supporters to either choose Jefferson or choose to stay home.

Two years later as Jefferson’s incarceration became more a question of when and not if, the incumbent was taken out after three rounds of broadsides via two Democratic primaries and a general election  where he was upset by Republican Joseph Cao, though Helena Moreno did the heavy lifting in the Democratic primaries and the GNOR pushed the corruption narrative in the general when Cao refused to go negative.

Karen Carter Peterson and her allies thought they could “abort” their way across the finish line while Carter pushed local appeal and working with people.

For the second time KCP mistook the Tulane campus for the entirety of the Second Congressional District and lost another runoff.

Instead of listening to EMILY’S List, Peterson should’ve heeded the sage counsel of the late House Speaker Tip O’Neill.

All politics is local.