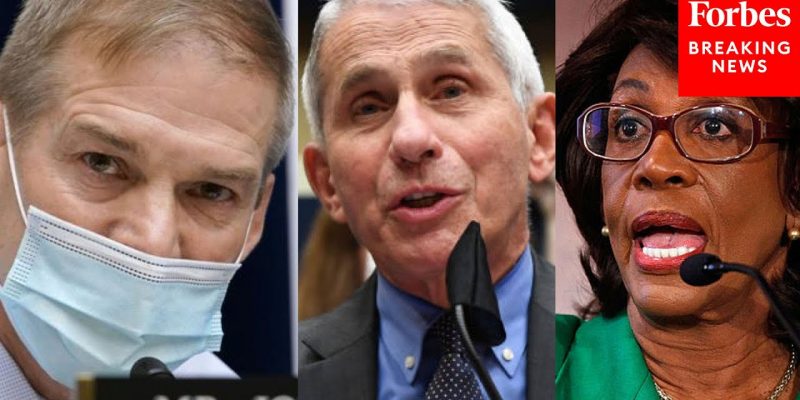 If you didn’t see Jim Jordan getting into a spirited fight with Dr. Anthony Fauci in a House committee hearing yesterday, you’ll want to watch this…

Jordan might be a little overheated in his rhetoric about First Amendment rights, but not overly so. There is no question that government at every level has infringed upon civil liberties in America, and there is also no question that this infringement has failed to slow the spread of COVID-19.

It’s a failure. Fauci is the chief public health bureaucrat responsible. Fauci says different things on different days. He throws up a wall of confusion and demoralizes the American people to such an extent that he might now be the government official most hated by the American people.

And for this he’s the highest-paid employee of the U.S. taxpayer.

President Trump should have fired Fauci a year ago, regardless of how difficult the bureaucratic seas might have been for him to do so.

It’s significant that Jordan never could get Fauci to answer a very simple, direct question: at what specific point does this emergency go away and the American people can return to normal? He asked Fauci for a specific metric. He didn’t get one.

The committee chairman James Clyburn tried to bail Fauci out by spluttering some stupidity about 90 percent of Congress being vaccinated. That was aimed at pacifying Jordan, but it was a perfect embodiment of the DC swamp mentality. Jordan doesn’t care about Congress, he cares about his constituents getting their civil rights back.

The question was never answered, because there is no answer. Fauci’s answer is “when I feel like it.” And that is no answer at all. By now, with “two weeks to stop the spread” becoming more than a year of lockdowns and infringements and mandates, there is no reason to have faith that there is any metric by which Fauci and the public health bureaucrats will relent.

We already know from the experience of Texas and Florida that reopening an economy and giving people their rights back does not create a spike in COVID cases. Which is bad news for Fauci, because it shows him to be without credibility.

At least, for people willing to look at the past year objectively. Which the American legacy news media and our Big Tech overlords are hell-bent on preventing us from doing.

You haven’t seen this video shared on social media much, and you won’t – because it’s being suppressed.

So is this one, which is Steve Scalise grilling Fauci about the border and the COVID-positive illegal migrants filling up detention centers if not playing Typhoid Mary all over the country when they’re not picked up by the border patrol…