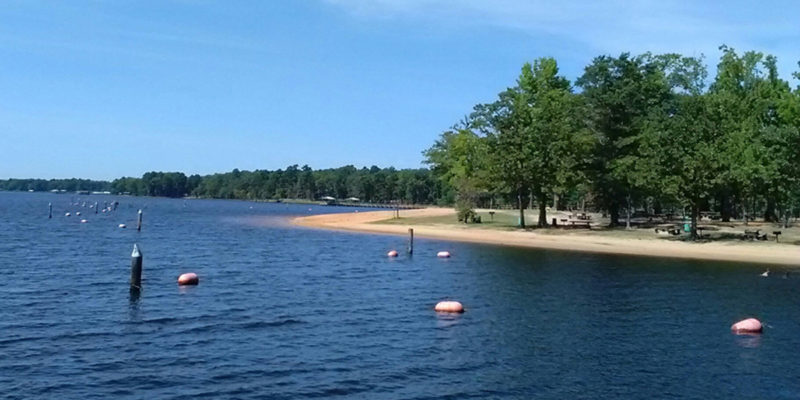 Republican state Rep. Dodie Horton put her money where her mouth with HB 630 that could result in a severe clipping of the Cypress Black Bayou Recreation and Water Conservation District’s wings.

Over the past year, the growing notoriety of this special district incorporating the reservoir in its name has prompted state policy-makers to intervene in its controversies. Having run into budgetary difficulties as a result of past bad decisions – which it recently passed on to most Bossier Parish taxpayers by raising their property tax rates, the only parish agency with that power to do so in the latest quadrennial reassessment – the highhanded nature of its board, whose members aren’t elected but selected by various local governments, and board member/Executive Director Robert Berry have continued to flummox citizens.

Berry has come under fire from Republican Atty. Gen Jeff Landry, who launched an ongoing suit to have Berry removed from an office with the claim under law Berry can’t fill these two offices simultaneously. The grievances that Horton – whose district takes in some of the property under the jurisdiction of the District and many parcels where residents get taxed by it – relayed on behalf of constituents fueled Landry’s move.

She’s not done. HB 630 would clean up some language surrounding the district, but it also would make the quasi-independent state agency far more controllable by lawmakers and citizens.

First, it removes sovereign immunity protections under the Constitution’s Art. XII Sec. 10. This allows citizens to sue it for redress over issues such as property rights. Homeowners around the reservoir have to agree to certain limitations and pay assessments for various activities on and around their land, including some annual fees.

Second, it downgrades District authority by stripping it of its unimpeachable power to tax, making this permissive rather than assumed. In other words, under Art. XII Sec. 10 it automatically has the power to tax, but by shifting its taxing authority to Art. VI Sec. 19 that makes its power to tax discretionary by the Legislature’s permission. The current levy expires in 2024, and the Legislature can hold over the District’s head this shifted authority to control its behavior.

Third, it creates a process to remove for cause a board member prior to term’s end. The board could do it by notifying the appointing authority of a vacancy, or citizens/taxpayers within the district could bring a complaint to the Bossier Parish Police Jury, which by a majority vote could remove the member if that member asks for a hearing; otherwise, the member automatically is removed. This creates a substantial direct check that the people have over the appointees, which (along with the provisions above) could lift it out of its nearly unaccountable state at present, which has led to its problems.

In the best of all worlds, the district would cease to exist and become part of parish or state government. But HB 630 provides a good intermediate step, and if its passage and implementation solves for the district’s inferior financial decision-making and transference of those consequences to taxpayers, legislators may not need to administer stronger medicine.

Interested in more news from Louisiana? We've got you covered! See More Louisiana News
Previous Article Oh, Shut Up, J.P. Morrell
Next Article GARLINGTON: The Crescent And The Cross In The Biden White House