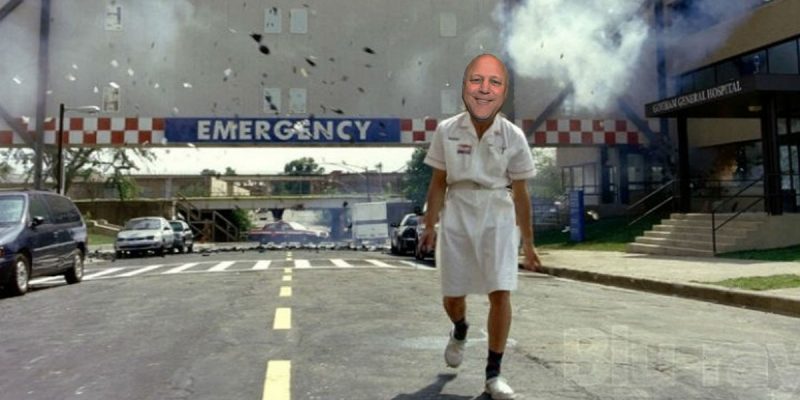 Old boss, same as the new boss. And the purveyors of woke nonsense aren’t capable of much else.

That’s the inescapable conclusion from reading a screed by Democrat former New Orleans Mayor Mitch Landrieu, who was woke before woke became fashionable. Since leaving office in 2018, Landrieu, incapable of winning any electoral office outside of the confines of surreal New Orleans, has drifted into obscurity, lecturing on city management with a special emphasis on race relations to anyone gullible or bored enough to pay attention.

His latest sermon appeared as a CNN opinion piece, stumping for a “truth and healing” panel in America to “examine the systems and institutions that operate at the detriment of Black Americans and other minorities.” It is a jeremiad chock full of ignorance and disingenuity, beginning with that statement.

So bloated with, and somewhat repetitiously, that sentiment, to prevent reader catatonia only a few items need lowlighting to demonstrate this point. Among other things, Landrieu wholly peddles the canards of “systemic racism” against racial minorities, inherent white guilt in propagating that, and that such attitudes were inculcated into America’s DNA at its founding.

Among the more egregiously stupid remarks he makes, let’s start with a tripleheader:

The disproportionate effect of the pandemic on people of color, the killings of George Floyd, Ahmaud Arbery, Breonna Taylor and so many other Black Americans — along with the involvement of White supremacists in the January 6 insurrection — have sparked a necessary, nationwide discussion on race.

Presumably, he means the Wuhan coronavirus pandemic that has led to disproportionate suffering among minorities has come because “racism” has put blacks into environments that produce more health problems and economic hardship, which in reality indicts liberalism, the home of his woke ideology. Actually, looking at deaths from the virus, in a number of states white people disproportionately have been among the casualties. Setting that aside, minority deaths have disproportionately occurred in states with leftist politicians in charge of the pandemic response – Louisiana included. And wasn’t the left’s ballyhooed Obamacare and Medicaid expansion supposed to have ameliorated this?

Landrieu also is totally clueless about the nature of police shootings. The data indicate there is no “war” on blacks by the blue (assumed controlled by the “racist” power structure in America); indeed, these shootings occur roughly in proportion to demography.

And, the most generous estimates of the Jan. 6 unrest showed just a small percentage of those believed part of that could be categorized as “white supremacists.” More tellingly, Landrieu ignores that there an unidentified (and left uncharged) black police officer fatally shot a white protester, that a filmmaker associated with “social justice” movements encouraged violence, and fails to put the episode in context of the widespread leftist urban violence ongoing for nearly a year that has cost $2 billion, 15 lives, and caused hundreds of injuries. But, of course; including these facts would muddy the narrative of blaming non-minorities first and foremost for America’s racial ills.

Of course, the “enlightened” like Landrieu avoids this, who expresses a mea culpa for his whiteness (well, the 90-plus percent or so) and essentially calls deluded anybody who disagrees with his characterization that

The misperception that racism is individual — rather than systemic as well — is one of our nation’s most persistent and counterproductive myths. Institutionalized racism pervades nearly every system in the nation, including financial, educational, health, housing, criminal justice and voting.

It’s quite the opposite, as John McWhorter demonstrates in his latest work The Elect: Neoracists Posing as Antiracists and Their Threat to a Progressive America. McWhorter identifies belief in the worldview Landrieu states here as fulfilling a psychological need that combines an induced guilt, escape from ambiguity and the cognitive effort required to resolve that, and desire to be a part of a larger movement that presumably produces good in the world. It explains the tremendous cognitive dissonance believers like Landrieu must navigate, and the wholesale dispensing of fact as part of that, as well as the self-deception required to explicate racist attitudes while claiming the doing of that solves for racism.

We must look beyond individual incidents and examine the systems and institutions that operate at the detriment of Black Americans and other minorities. This truth-seeking process has proven to be helpful elsewhere — a number of academic studies have found that the Truth and Reconciliation Commission in South Africa was instrumental in facilitating a political and social transition after apartheid.

any formal body must go beyond members of Congress to include representatives from all levels of government as well as people from non-profit and civil rights organizations, historians, scholars and social scientists. In the South African Commission, televised hearings played a prominent role in the process. Live broadcasts and interactive online exhibits that complement a truth and reconciliation commission can also help the public better understand and digest its findings ….

And, he adds, state and local versions should spring to life as well.

This recommendation begs the question of whether Landrieu understands he’s living in 2021, not 1961. The South African effort came while the country still had laws and customs in place that made American institutionally racist laws such as the Black Codes and less formalized societal Jim Crow strictures look almost benign in comparison. Over the past half-century, America has spent trillions of dollars and bent over backwards in writing laws and in creating government bureaucracies solely intended to maximize equal treatment to equals regardless of race and a host of other characteristics, and has produced slew of judicial rulings to bolster that.

And, while blacks certainly provided the moral courage and clarity and suffered psychologically and physically to encourage this change, it only could have happened by the white majority coming to grips with shortcomings it let perpetuate in America’s ideals, leading it to instigate that change, because only that group held enough power to make this happen (a fact, which McWhorter notes, feeds the delusion behind the group which Landrieu inhabits that he calls “the Elect”).

White America changed its hearts and minds through suasion led by Black America, and as a result it has de-institutionalized racism against blacks and other non-whites and eliminated that as a systemic feature of American society, even if small pockets outside the norms of society and corridors of power continue to resist that. If in fact America was so imbued with racism, as Landrieu claims, these changes never would have occurred. Therefore, it’s an entirely false equivalency he attempts to draw between today’s America and South Africa of three decades past, and makes his idea of a commission at best superfluous, at worst potentially needlessly divisive built for political consumption at the expense of a serious exploration of the issue.

If you can’t see that, I can’t help you. Unfortunately, Landrieu doesn’t live in reality, but asserts that we don’t while he does. The record, present and past, tells otherwise. Further, it illuminates that on this he, a white male born of political privilege, thinks exactly the same as the city’s outsider black female current Democrat Mayor LaToya Cantrell. They could be interchangeable, which reveals that stupidity on the issue of race doesn’t discriminate.

Interested in more national news? We've got you covered! See More National News
Previous Article Nothing Is Inevitable, You Know
Next Article APPEL: Bring On The Revolution, Louisiana!