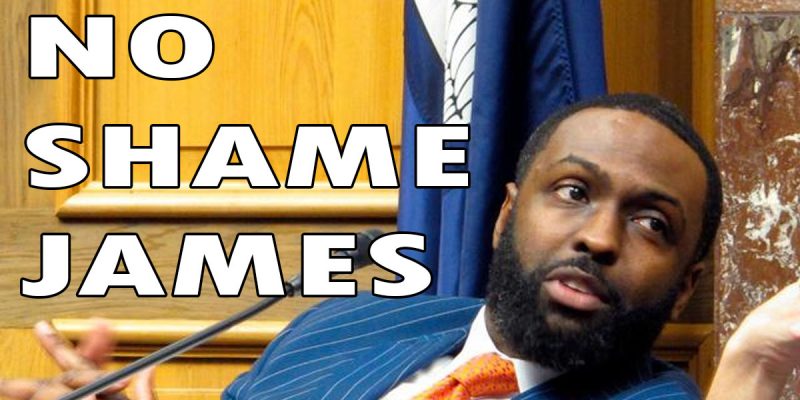 I’ve got a video to show you. It’s from Tuesday’s meeting of the Louisiana House Education Committee, and it’s a quick segment in which the committee’s chairman Ray Garofalo makes a small misstep in trying to promote sober, fact-based analysis of historical events within Louisiana’s public schools.

This is the point at which Garofalo is accused of promoting slavery. See if you think that’s a fair accusation.

So Garofalo says he wants the “good, bad and ugly” discussed on historical issues, he throws out slavery as a topic subject to that analysis because they were discussing it in the context of the bill he was bringing which seeks to limit the teaching of the poisonous Critical Race Theory in Louisiana’s government schools, and he quickly backtracks when he realizes his comment could be construed as an endorsement of slavery.

For that, Rep. Stephanie Hilferty, who’s the inquisitor to Garofalo in the video, condemns him. She told people after the hearing that he said he endorsed slavery as having good points.

We hear all the time from RINO’s like Hilferty and Billy Nungesser that Republicans shouldn’t attack each other, but that isn’t much of a two-way street, is it?

Louisiana’s Black lawmakers Wednesday called for the removal of the House Education Committee chairman for his bill aimed at limiting conversations about racism and sexism in schools and a debate in which he referenced the “good” parts of slavery.

The Legislative Black Caucus said Republican Rep. Ray Garofalo’s legislation includes “insensitive and racist elements,” and they suggested his slavery comments only worsened the insult they felt from the proposal.

“An apology is not enough,” Rep. Ted James, the Baton Rouge Democrat who chairs the Black Caucus, said in a statement. “The defense of systemic racism throughout our country is unarguably an issue, and the language of this proposal alone is enough to offend those of us working toward change.”

Garofalo said in a speech Wednesday on the House floor that his comments were taken out of context, blamed the media for inflaming the issue and said he took his Facebook page down because of an onslaught of critical messages.

“I would hope that you know better than the reports that are being made about me in the press. I would hope you respect me enough to know that I did not say what they’re accusing me of saying,” said Garofalo, from St. Bernard Parish.

But he didn’t apologize for his comments in Tuesday’s hearing on his bill, which remains stalled in committee.

Republican House Speaker Clay Schexnayder, who decides committee chairmanships, said he planned to meet with black lawmakers Thursday to discuss their request to oust Garofalo from his leadership post.

“I haven’t made a decision. I’m going to meet with the Black Caucus first,” Schexnayder said.

Which means that Ted James, who chairs the Black Caucus, leads Schexnayder around on a leash.

And what’s funny about all this is Ted James is ten times the racist that Ray Garofalo is.

Ted James is somebody who, several years ago when Trayvon Martin was shot to death by a man whose head he was beating into a concrete sidewalk while he was high as a kite, posted on his social media an angelic picture of Trayvon Martin side-by-side with Emmitt Till, a legitimate victim of racist violence in the 1950’s. To equate Emmitt Till’s death, which came thanks to the murderous intent of low-rent white trash in Money, Mississippi for the offense of a black man flirting with a white woman, with that of Martin who was committing assault and battery if not attempted murder when he died, is grotesque in the extreme.

It’s also the new brand of racism in America. Take the part of criminals and cover them with a civil rights skin simply because they happen to be of African ancestry, and when anyone attempts to point out the absurdity of such analysis, equate them with 1950’s-style segregationists. As though that helps anyone or promotes civility or productive discussion of the topic of race in this country.

But Ted James does things like this all the time. It’s more or less all he does. Ted James tried, highly unsuccessfully, to push a boycott of Rouse’s because the company’s former CEO was in Washington on Jan. 6, for crying out loud. He took up for free state money going to Tom Benson because a bunch of Saints players kneeled for the national anthem.

And of course he’s given the job of heading the Black Caucus.

What’s disgusting about this is that Schexnayder bends over backwards on something so absurd as a demand that Garofalo be removed as the Republican chairman of the House Education Committee for bringing a bill.

As we said yesterday, this is precisely why you don’t allow Democrats to pick a Republican Speaker of the House. If you do, that speaker is not beholden to his own party for support but rather the opposing party. You don’t get bipartisanship in that case, you get hostage-taking.

Again and again we see the terrible effects of weak leadership in Louisiana’s legislature. Conservatism is in full retreat at the State Capitol despite the numbers being on conservatives’ side.

We expect Garofalo to pull HB 564 and not bring it back for a vote in the House Education Committee. We’d like to see him stick with the bill and force Schexnayder to put his cards on the table.

That probably would result in the loss of his chairmanship. If so, there is a certain perverse justice to be found in it given that Garofalo was one of about a third of the House Republicans who defied the majority of the GOP delegation and backed Schexnayder for speaker over Sherman Mack. That fact makes it harder for us to give him our full sympathy here, though we should be grateful to him for at least trying to fight on this issue.

One thing is for sure: 2023, and the opportunity to flush the Clay Schexnayders and Ted Jameses out of this legislature through term limits, cannot come fast enough.