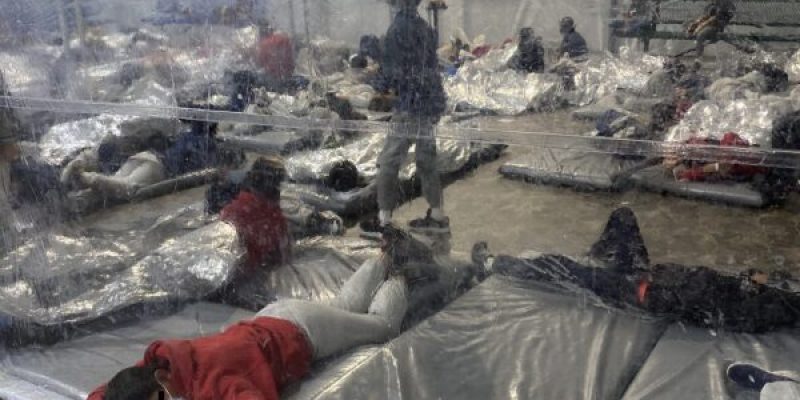 Texas Attorney General Ken Paxton said this week that Texans pay more than $850 million per year on illegal immigration, and the recent surge at the border could cause that amount to surpass $1 billion.

In his January lawsuit against Biden’s executive order halting deportations, which a judge squashed indefinitely, Paxton uncovered in the process hundreds of millions of dollars that Texas taxpayers already pay every year on migrants who’ve illegally crossed the border.

Paxton’s office said “uncompensated care” for those migrants costs public hospital districts between $579 million to $717 million, and between $62 million and $90 million for their inclusion in the state’s Emergency Medicaid program.

Housing unauthorized migrants costs $152 million a year, and between $31 million and $63 million a year is spent on education for unaccompanied minors who illegally crossed the border, according to the attorney general’s office.

“Texans are hardworking and generous people, but the cost of illegal immigration is an unconscionable burden on the taxpayers of our great state,” Paxton said. “If we use the minimum estimated costs for services Texas provides to unlawfully present and undocumented aliens, taxpayers are shelling out an estimated $855 million every year. Texas will always welcome those who legally immigrate, but we cannot continue forcing taxpayers to foot the bill for individuals who skirt the law and skip the line. I will continue to fight for justice, safety, and prosperity for all Texans.”

One month after Biden reversed Trump-era policies on Inauguration Day, U.S. Customs and Border Protection (CBP) announced it encountered more than 100,000 illegal immigrants at the border in February. For the month of March, that number increased to 150,000. Both tallies exclude individuals who evaded law enforcement.

Former CBP Commissioner Mark Morgan said in addition to the 150,000 who illegally entered the U.S. in March, an additional 30,000 evaded capture.

“The border is wide open. … It’s not secure. Drugs are pouring in, and criminal aliens are pouring in right now,” Morgan said at a press conference Tuesday near the Rio Grande.

Department of Homeland Security Secretary Alejandro Mayorkas said illegal border crossings were on track to be the highest they have been in 20 years.

On March 25, in his first  since taking office, Biden said his focus was to “rebuild the system that can accommodate the—what is happening today.”

When asked about the surge of illegal border crossings, Biden said, “I’d like to think it’s because I’m a nice guy, but it’s not. It’s because of what’s happened every year.”

Morgan disagrees. He told reporters that the Biden administration “created this crisis, and they’re trying to spin and blame everybody but themselves. The only thing that’s really been put out there that’s honest is that we’re going to see numbers that we haven’t seen in over 20 years.”