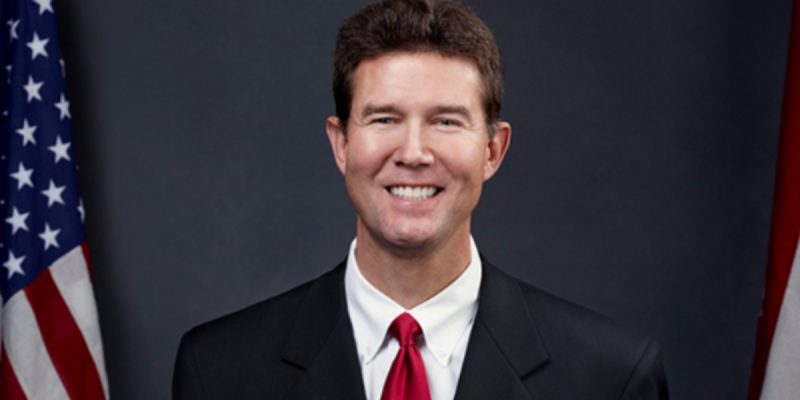 Ardoin is, after all, a competent secretary of state in Louisiana. He’s not perfect, and from time to time there are controversies the best of secretaries of state will have trouble navigating. We threw Kyle some chin music a year ago, for example, over the expansion of mail-in balloting that was coming around the country. He was more generous about the practice than we would have liked, though Louisiana did a far better job of preserving election integrity than other states and while our concerns proved 100 percent accurate about mail-in balloting, we were spared the nightmare of a Pennsylvania or Michigan or Georgia.

But that’s not why we appreciate Kyle Ardoin today. Not even close.

Today we appreciate Kyle Ardoin because he is not John Merrill.

Alabama’s secretary of state said he will not seek a US Senate seat after he admitted to having an affair with a woman who released racy texts and audio describing their sexual encounters when he tried to break off the tryst.

John Merrill, a Republican, acknowledged that he carried on a three-year extramarital affair with Cesaire McPherson, a 44-year-old legal assistant from Montgomery, from November 2017 until November 2020.

McPherson revealed the affair to the online blog National File.

She described in vivid detail her sexual encounters with the secretary of state in his marital bed. One at least one occasion, she recorded the two of them having sex.

“Vivid detail” is a grossly inadequate way to describe what this woman let out of the bag about her relationship with the Secretary of State.

We’ll stop there, though if you’re really looking for more, that National File interview will fully exhaust your hunger for it.

There isn’t really a good lesson here, other than that President Trump chose wisely when he endorsed Mo Brooks for that Senate seat coming open next year as Richard Shelby retires.

That said, this does play into the running discussion we’re having this week about being governed by people who suck.

To me, one of the fundamental problems in the spotty-at-best quality of our leadership class in this country is that, particularly in the political realm, the job of leadership sucks. Running for office is one of the most distasteful, masochistic things anybody can do. You have your entire life taken apart in the press, people will say the absolute worst possible things about you, you surrender any hint of privacy, any investments or business dealings you might get involved in will assuredly and immediately be interpreted in the most unfavorable light.

For what? A hundred grand a year, maybe, or a whole lot less if you’re running for something like the state legislature?

Who would want to do a job like that? What do you get for it?

If you’re an ideologue, a true believer, the public policy part might be enough. For the best people in the game, it is – they’re there to fight for what they believe in and it’s truly a civic duty for them.

But let’s not kid ourselves. Most people, even if they’ve got strong convictions, wouldn’t put themselves and their families through the sewer of elective politics just to make policy they like.

Most of the time, what you get is attention whores. You get people who run for office because for them it’s about the squeeze, not the juice. They get off on having their good name torn to pieces in a political campaign. Good press or bad press is still press, so long as people know who they are.

They’ll go through just about anything for that. And when they win, it’s even better – because the pot of gold at the end of that rainbow is that they’ll have power over their fellow man.

To say those people are the absolute last folks who ought to be in those positions is to be polite. You aren’t going to maintain a constitutional republic for long when it’s the Anthony Weiners and AOC’s who run the place. You will get tyranny and misery.

But what’s interesting about that personality style is it usually, or at least quite often, manifests itself in something else.

This guy Merrill, who is pretty brazen about his marital infidelity – back in 2015 a woman went public and said she had performed oral sex on him during an illicit affair five years earlier, and he denied it but admitted to fooling around with her – is exactly the same as a Weiner. The Matt Gaetz disaster unfolding in Congress is another example.

The point is that when you cheapen and poison your political and media culture to the point where decent people don’t want fame or notoriety anymore, what you get is indecent people instead.

There are a lot of John Merrills out there. Way more than there should be.

Which is a reason to be thankful for the Kyle Ardoins. Even when we disagree.

Interested in more national news? We've got you covered! See More National News
Previous Article Texas taxpayers spend an estimated $850 million per year on illegal immigration
Next Article Join Us May 26 In Baton Rouge For The Hayride’s Comeback Dinner!