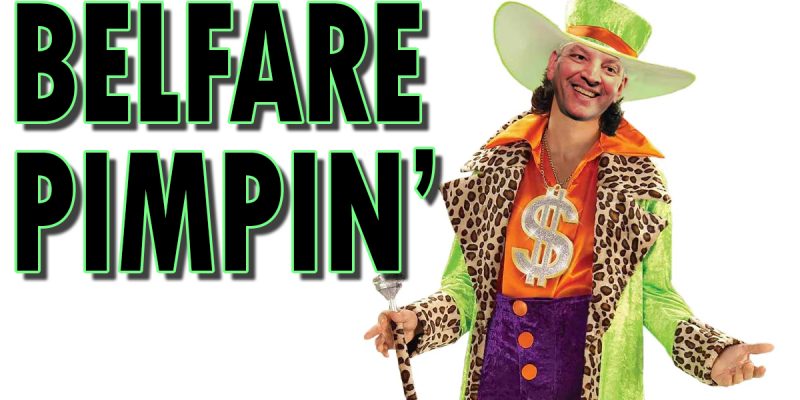 24/7 Wall Street just published another in a long string of economic reports that have found Louisiana in dead last. No surprise there, but on another matter, it seemed odd that Governor Edwards has refused to end the $300 unemployment bonus that most Red states are walking away from.

Conservative governors recognize that even though there are plenty of jobs available, the extra money meant that the unemployed were actually making more to stay home than they could have made working. So, in order to kick-start their languishing small business economy those governors are ending the bonus. But our governor is not, so why not?

The obvious presumption one may jump to is that as a Huey Long “chicken in every pot” governor, he has never seen a government giveaway program that he does not like.

But based on the 24/7 Wall Street report I suspect that his reticence is much more problematic. You see he knows that he has failed to do anything to make Louisiana attractive to jobs. Because of that we have some of the highest unemployment rates in the nation. Taken another way, we offer the fewest number of available jobs.

In all those other states their governors’ swift action to end government dependency means that the unemployed who can work will just go back into one of the many jobs that are available.

But in Louisiana those jobs do not exist. Like everyone else we have been slammed by COVID, but we are also reaping the results of five years of visionless leadership that, independent of COVID, has destroyed our economy and run jobs away. Let me make this clear, the economic and political philosophy of this state, the one held high by Governor Edwards, is a disaster such as we have never seen before.

Now our governor knows that when he ends the giveaway, he will be blamed for a whole of people facing diminished income and no hope. Therefore, to avoid his day of reckoning, he will keep the largesse flowing for as long as possible.

September is not so far away. And by September more and more small businesses that cannot find market wage employees will be closed. That will mean that as we approach the Fall there will be even fewer jobs, plus come September huge numbers will lose their unemployment bonuses. With only small unemployment benefits left and no hope of employment income, thousands will be left destitute victims.

Governor Edwards can hide in the shadows of the federal $300 bonus for a few more months, but his legacy of failure to address the state’s economic woes will be brightly illuminated when September’s impending disaster breaks. Thousands of our friends and neighbors will be left with little support and no prospects of a job. What will he do then?

If the rumor mills are true, he may be gone soon after that anyway. But whether sooner or later, in his wake will be a legacy of misery and broken lives of people who foolishly trusted in government promises.

Because our state has consistently ignored the most fundamental laws of economics the future for millions of our people looks very cloudy. Even all that funny money flowing in from Washington will end soon, and when it does what will we do with a useless economy built on the absurd belief that we can have everything and someone else will pay for it.