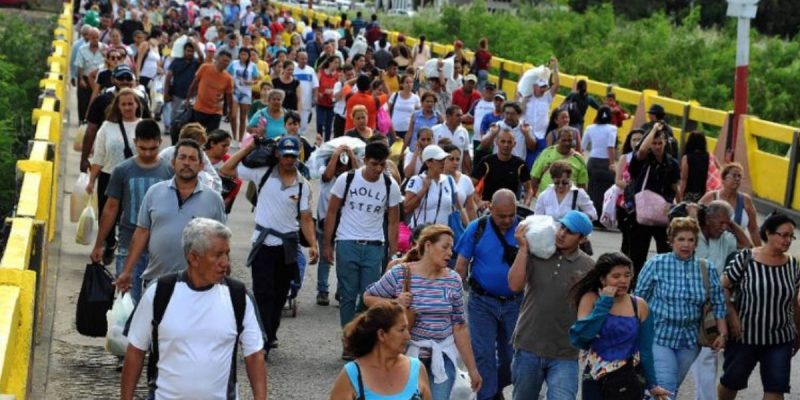 There is a great irony playing out on our southern border.

No, it’s not what you may think. It is not the ludicrous image of President Biden and his minions telling us every day that the thousands of illegal immigrants we see is somehow President Trump’s fault. We are not naïve enough to believe that, nevertheless there is a subtle irony that portends a precarious future for us.

As we watch the TV news one thing about so many of the migrants seems to stand out. Watch carefully and you will note that there are a large number of Venezuelans in the desperate horde that has accepted Biden’s invitation to break our laws. So, what is special about these Venezuelans?

These people appear well clothed and healthy, seemingly educated, and clearly what we Americans would consider to be from the middle class. These are not the typical Central American villagers that come seasonally to work agriculture or construction. They appear to be sophisticated people from what had been a modern, prosperous nation. They look like us!

It is their former prosperity that makes their in-migration so ironic. Much like what transpired in Venezuela, the Democrat puppet masters who have pulled the President’s strings to open the border are the same people who would impose their new economic/political will on the United States, on us. Their goal is a new form of socialism, neo-socialism if you will. Centralized economic control, over-arching government dependency, loss of personal freedom, transfer of wealth, all characteristics of a future that they plan for us.

The neo-socialist Democrats do not care why Venezuelans (or anyone else for that matter) fled their homes; all they care about is the potential of an enhanced Democratic voter bloc that will help them hold on to power as they reshape America. What a better definition of irony; people flee oppressive socialism into the welcoming arms of the Democratic Party that plans to use them to impose socialism on us.

It’s worth questioning whether those Venezuelans at the border will be loyal clients for the Dems. Their predecessors, who have made their way mostly to Florida, some of whom have already become American citizens, went heavily for President Trump last year.

But thousands of immigrants, desperate to escape socialism, do not see how they are being used. They think that the America of generations past will be the America of years to come. They think that they have a shot at a better life through American freedom, than living under the yoke of the socialist government that has destroyed the once most wealthy country in South America. They do not understand that American voters have naively unleashed the whirlwind of socialism that will, if unchecked, transform our nation into a North American version of what they fled. They just do not understand that our feckless President is being used to bring about the same misery that they had to risk all to escape.

I cannot think of a more illustrative case of irony. Educated, middle class unfortunates in their thousands fleeing socialistic oppression to come to the United States only to be exploited by a Party that expects to use them to compel us to sacrifice our freedom on the altar of neo-socialism.

The biggest irony of all though may be, once the great beacon of freedom that was the United States of America has been extinguished, where will the Venezuelans flee next?