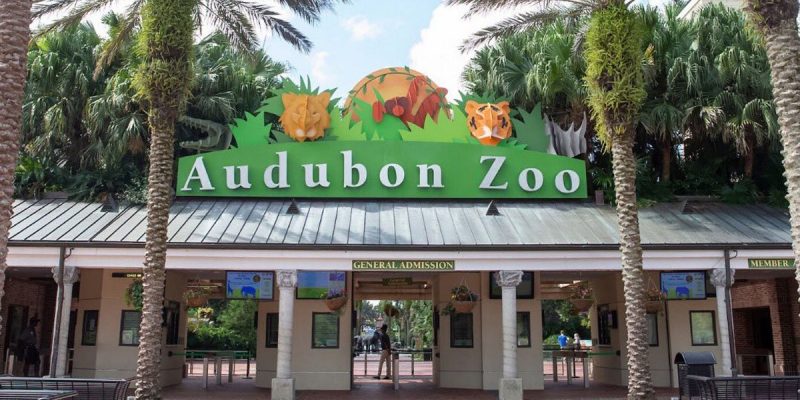 On May 5th the Audubon Nature Institute issued a press statement announcing that it was canceling the May 10th “Blue at the Zoo” event because of negative feedback they received  from from people in the community (assumably residents of the 504 area code) and from those outside the area, presumably Twitter and angry emails from the professional protest crowd.

And if the very act of a public scrubbing of the positive law enforcement-oriented event wasn’t enough of an indignity,  the unsigned statement compounded the insult by directly declaring that police needed to be held accountable for ‘unethical and lawful behavior,” thusly impugning the entire profession charged with protecting public safety.

The move was not just obnoxious but an unmistakably ANTIFA virtue signal that was only missing the acronym ACAB at its conclusion.

But then the Wokesters at the zoo got a rude awakening, S a lot of folks wanted their money back.

Longtime patrons began their own cancelling, terminating memberships and taking to social media to lambaste the cancellation.

The Republican Party of Louisiana condemned the move and in a sign that this was not going to merely go away, former Jefferson Parish sheriff and current WWL 870 AM radio host Newell Normand blasted the Audubon Institute on the airwaves.

But the elephant dung got real when New Orleans District A Councilman Joe Giarrusso chimed in on the zoo’s action.

The zoo and the Audubon Nature Institute’s other facilities benefit from property millage taxes collected in Orleans Parish.

Audubon at this point had not just a tiger by the tail but also a lion and a bear.

Universally condemned by the cancellation (has any local figure of prominence actually applauded the police appreciation day being nixed?), losing money through the termination of annual family memberships, and finding themselves sideways with the councilman whose district includes the zoo, the Audubon brass decided to crawfish.

Audubon Nature Institute President and CEO Ron Forman, ten days after the initial missive, put out a lengthy statement of regret for having “caused pain in our community” and for being perceived as unsupportive of the police and that doing so by trying to “reimagine” the event that was cancelled was not their intention.

The entire “Blue at the Zoo” cancellation press release was a giant F U to the NOPD!

Who knew the Audubon Nature Institute had trained weasels that can type up press releases in their vast collection of wildlife?

And while it’s nice the zoo kinda-sorta apologized and they are going to do something swell for the men and women who put their lives on the line whenever they clock in to work, the new statement comes off more like an admission of a bad business decision than something they truly mean.

There’s a difference between a sincere mea culpa and public relations damage control.

Here are some pertinent questions:

1) Why was the first statement on the cancellation unsigned and the second one fronted by the CEO?

2) Who drafted the first statement and authorized its release?

3) Who were the individuals responsible for initially pulling the plug of “Blue at the Zoo”?

4) What precisely prompted the cancellation? How many letters or emails of complaint were received and which came from locals and what number originated from out of town?

5) Was any disciplinary action taken and will the individuals who have such strong opinions of law enforcement continue to serve in their current capacity to do the same thing later when they think they can get away with it?

The denizens of the sane community who support the police at a time when violent crime is on the rise forced Audubon to back off their belligerent posture towards police but the Left is unrelenting and vigilance and constant engagement are necessary to successfully fight encroaching leftist posing.

However, we should derive a measure of satisfaction that it is demonstrably possible to successfully push back against radicals and their coopted if not all too willing proxies.