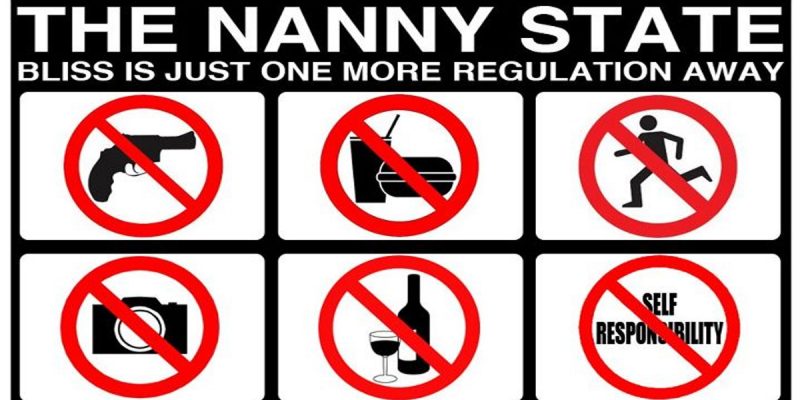 In a disappointing legislative session, Louisiana State Senators can earn some redemption by stopping the never-ending quest of Louisiana State Representative Mike Huval (R-Breaux Bridge) to take away the rights of motorists to use a cell phone in their vehicles. His bill, which bans handheld cell phone usage in a vehicle, passed the Louisiana House of Representatives by a whopping 77-20 margin.

Once again, this supposed conservative Republican legislator is sponsoring a bill to expand government and take money out of the pockets of statewide motorists. Huval’s bill would create fines of $100 for the first offense, $300 for the second offense and $300 and revocation of the driver’s license for a third offense. In effect, these are additional taxes, and the people of Louisiana are taxed enough already, we deserve relief, not another government hand in our pockets.

It is a totally unnecessary bill for Louisiana already has plenty of laws on the books involving the operation of a motor vehicle. The last thing we need is another law infringing on our liberties. Presently, there are laws forbidding distracted driving and texting while operating a motor vehicle.

These laws are not enough for Huval, who is determined to turn Louisiana motorists into criminals. While 24 states have enacted such laws, 26 states have refused to turn this behavior into a crime.

This is a horrible bill because our state government has no right to tell us what we can do with our own property (cell phone) in a vehicle that we own if we are not harming other people. This is the “nanny” state running amok. Louisiana should be one of the states that advocates less government and more freedom for its residents.

Every day on my radio show, listeners use mobile devices to call my program from their vehicles. They give their opinions, provide traffic updates and other valuable information to our audience. These callers know they must be incredibly careful when they use a mobile device in their vehicles, and they are very responsible individuals.

Law enforcement officers should be laser focused on catching the multitude of criminals roaming the streets of Louisiana, not turning motorists into criminals. Louisiana is the most violent state in the nation with the highest crime rate per capita. Our police officers should provide safety on the crime ridden streets of Louisiana, not peer into the cars of motorists trying to catch drivers on their cell phones.

If enacted into law, this legislation will likely lead to a windfall of money for the indigent defender fund and other entities that will financially benefit. The individuals who will not benefit are the motorists, the beleaguered taxpayers who must use their cell phones while in their vehicles. As long as the motorists are not being reckless, there should be no violation of the law.

Where will the lawmaking end? Will legislators determine other activities in vehicles to be illegal. Maybe Huval and his colleagues will want to ban other “distractions” such as listening to talk radio or music, eating, drinking non-alcoholic beverages, and even conversing with other passengers in the car. We know the most distracting thing may be a baby crying, let us pray this will not be eventually banned.

This bill represents a horrible trend of more government, more fees, more busy work for law enforcement officers and another infringement on our liberties.

Huval claims that “All we’re trying to do is promote safe driving,” However, State Representative Robby Carter (D-Amite) noted that this bill will force some motorists to spend more money to purchase hands free equipment. This will put an extra burden on working class citizens.

Congrats to Carter for raising an objection, but where were the House Republicans? Republicans should advocate for limited government, not an ever expansive “nanny” state. Does the Republican Party stand for individual liberty, less government, lower taxes or not?

Louisiana is supposed to be a conservative state that respects the freedom of its citizens. Unfortunately, each year, there are too many bills designed to limit those freedoms and extract more money from hard working taxpayers.

There are already too many laws in Louisiana. Instead of enacting new laws, legislators should be removing two laws for every law that is added to the books.

The bill now moves to the Louisiana State Senate. Let us hope sanity prevails in the upper chamber and our State Senators prevent this representative’s obsession from being realized. Louisiana does not need another bad bill becoming another oppressive law that will burden our besieged citizens.

Interested in more news from Louisiana? We've got you covered! See More Louisiana News
Previous Article New Study Shows Mask Mandates Didn’t Work
Next Article Can We All Agree There Was A Cover-Up In The Ronald Greene Case?