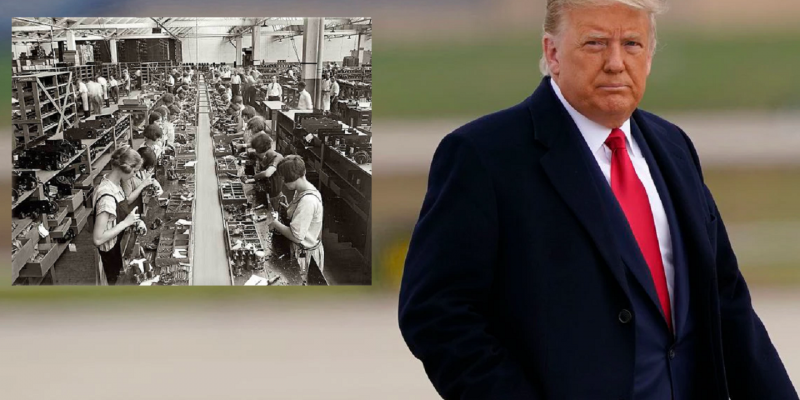 The Oversight Board, with salaries and benefits paid for by Facebook, is comprised of journalists, activists, lawyers, and academics, and has handed down decisions on nine cases so far according to numerous reports. It was scheduled to review Trump’s suspension last month but opted to review 9,000 public responses to the cases on its docket.

This means Trump will remain banned for six additional months. He is also still banned on microblogging platform Twitter, not owned by Facebook. Trump’s answer was to start a website of his own to distribute his comments (see more on that development below).

But what about the hundreds of thousands of users who find themselves in “Facebook jail” each day over a flagged comment? No oversight board can possibly handle that level of volume. The Average Joe is unlikely to get the level of consideration.

Up until recent years, Facebook has relied upon fellow users to police each other, with a modicum of employees taking action where necessary to remove content found to be the more flagrant and repetitive violations of their terms of service. Social media grew by leaps and bounds during those years.

Then came mysterious artificial intelligence — “the algorithm” as it is often called. The Wall Street Journal reported yesterday a comment on student loan cancellation earned a recent graduate a three-day sentence to “Facebook jail” and a freelance writer was suspended for sharing a Smithsonian Magazine story on New Guinea tribesman (nudity, perhaps?).

Now Facebook additionally relies on contract labor from outside firms to review content — a mercenary army of around 15,000 content reviewers with little in the way of benefits paid to do the dirty work of policing the social network.

THE RISING COST OF POLICING THE DIGITAL WORLD

While the mention of a contemporary tech giant like Menlo Park, Calif.-based Facebook may bring to mind an idyllic Silicon Valley office-setting of foosball tables in the breakrooms and catered meals, the contract employee’s office environment seems dystopian by comparison.

Numerous media reports have dug into the role third-party contractors have played in a massive increase in social media content policing. It is now well-known that Facebook contracts with Accenture, a multinational conglomerate based in Ireland with half a million employees on payroll, as one of its primary vendors for content review purposes.

Continued and repeated exposure to visual depictions and written accounts of the worst examples of human behavior — be it violence, racist speech, sexual abuse, or animal abuse — has reportedly taken a toll on those contract employees.

In February 2019, contractors from Accenture’s Austin campus penned an open letter detailing the working conditions and a “Big Brother environment” that included tightly controlled work breaks and free speech-chilling non-disclosure agreements. A counselor for the office said posttraumatic stress disorder could result from overworked employees subjected to graphic content that has been flagged for review. Up to 800 pieces of flagged content may be reviewed in a single shift.

Accenture responded in a statement, defending its company’s content moderators to advance in the company, earn higher pay, and provide constructive criticism. However, at least one Austin-based employee was fired for protesting the working conditions. In May 2020, Facebook agreed to a court settlement and agreed to pay out $52 million to content moderators who complained of subpar working conditions.

Another third-party contractor, Cognizant, left the social media content reviewing business altogether in late 2019, after determining human and capital costs were too great.

” … To a certain extent, we have to figure it out as we go — and grow,” wrote Facebook operations VP Ellen Silver. “We care deeply about the people who do this work. They are the unrecognized heroes who keep Facebook safe for all the rest of us. We owe it to our reviewers to keep them safe too.”

All this to say is that the cost of policing the online speech of nearly 3 billion people is great.

Facebook makes its political stances clear. Coronavirus is a prime example. From recurring ads reminding users to get vaccinated, to fact-checking articles that run counter to the WHO and CDC consensus, Facebook has played role of a zealous COVID-19 czar.

The contract employees downstream, by contrast, were shaking in their boots at the onset of a peak of COVID-19 cases. According to an October article in The Verge, employees feared returning to the workplace:

Employees, almost all of whom are contractors, were instructed of the new policy at a company-wide town hall meeting today, say multiple people familiar with Accenture’s plans. Accenture, which has allowed its workforce of hundreds of moderators to work from home since March due to the COVID-19 pandemic, has not given the employees a reason for why they must return to the office. Accenture did not take questions at the town hall meeting, telling concerned employees that it would schedule a second call to answer COVID-specific questions regarding matters like sick leave and time off. High-risk workers are being asked to make alternate arrangements, and will not have to come in. (Read more.)

Meanwhile, an overwhelming majority of Facebook’s formal workforce are performing their duties remotely.

According to the Washington Post, the protesting Accenture employees “[did not benefit from] Facebook’s cushy six-month maternity leave, aren’t allowed to invite friends or family to the company cafeteria, and earn a starting wage that is 14 percent of the median Facebook salary.”

Is Facebook founder Mark Zuckerberg, estimated to be worth $117 billion, even aware?

REACTION TO THE CRACKDOWN

As Facebook’s VP of operations said above, “safety” is the watchword behind efforts to increase the policing of content.

A feeling that social media is directly responsible for an uptick in racist attitudes, bullying in schools, or even “insurrection” at the nation’s capital is heavy on the minds of Facebook’s top brass.

In the midst of the Trump Administration, Facebook began its practice of tagging “fake news” articles, blocking objectionable images, and including alternative links to fact-checking websites.

But Facebook is no journalistic operation and lays no claim to objectivity. Its left-of-center positioning on many issues has led to an imbalanced filtering of conservative opinion. Ask any Group moderator: Facebook has made it a chore to police each and every post, lest a group with user-posted flagged content be suppressed in the search algorithm or removed altogether.

Even in free market-friendly Texas, home to 1,500 Accenture employees and a Facebook outpost or two, the Legislature is considering at least two bills to combat the crackdown on free speech. SB 12 (companion bill HB 2587) would forbid the practice of social media censorship and SB 1158 would forbid state entitles from contracting with social media companies which engage in ideological discrimination.

THE MARKET IS STILL FREE (FOR NOW)

Attempts at regulating social media giants and net neutrality arguments aside, the Internet is still a largely open frontier.

Though Twitter alternative Parler found difficulty contracting with a data server large enough to handle their traffic, it is still possible to set up one’s own website or platform to disseminate ideas, no matter how morally egregious or outside accepted cultural norms.

Trump’s answer this morning was to announce a new web page, “From the Desk of Donald J. Trump,” which offers visitors a chance to sign up for email and text alerts when new posts are added.

The real problem with the Big Tech version of social media is its disdain and contempt for the user. With Facebook and Twitter, you get censored, fact-checked and so on – and have your personal information harvested and exploited – because you’re not the customer. You’re the product. You’re a cow in a dairy, a hen in a hatchery. They don’t care what you have to say, unless they can plug it into an algorithm to discern what their advertisers can sell you.

That’s abusive. And it manifests itself in something even worse than the censorship and data mining.

Perhaps the worst thing about how Big Tech operates in the social media space is its mistreatment of content creators, the authors, talkers. publishers and others whose offerings on their platforms generate the bulk of their traffic.

The current business model as an independent web publisher, for example, is to build a substantial social media following and then use that to drive traffic to your website.

For a time this was a workable model. But then Facebook, through changes to its algorithms, deflated the ability of a publisher to generate shares and virality of outside content on its platform. Many web publishers were put out of business in that change. Facebook now hides a publisher’s content from three-quarters of his or her Facebook followers, demanding the publisher pay to reach their news feeds. This after many of those publishers spent money with Facebook to build that following in the first place.

Digital ad networks, on which most web publishers depend for revenue, have catered their payments to publishers. Suddenly the return on the investment of time, effort and even money spent on growing a social media presence has dropped to near nothing. Who controls the lion’s share of that market? Google, Amazon and Facebook.

Is it any wonder Facebook post engagement dropped by 65% in 2018 — just as content-policing reached a fever pitch?

We were much better off and less divided as a country when the social media giants took a more hands-off approach to content. You know, in those wild, wild west days of the World Wide Web? This freedom handed social media giants their power and influence, and is now being chiseled away in the name of “safety.”

All sides of a political divide benefit from a passionate exchange of ideas, which is the genius behind the First Amendment. Even Trump, whose rhetoric is considered sedition by Facebook’s leadership, is perhaps one of the biggest drivers of online engagement in the world today — which profits even left-leaning media companies.

A private-sector social media corporation in a (relatively) open market is free to suppress and promote whatever content is chooses and define its own boundaries of what constitutes shouting fire in a crowded theater. But it does so at a great cost, as the content monitors of Accenture and Cognizant have demonstrated.

Unless it considers the full impact of the price of policing content, Facebook will continue to throw money at perceived and real problems, exploit contract workers, hypocritically defy its own standards, and ultimately eat itself.

Interested in more news from Texas? We've got you covered! See More Texas News
Previous Article DRAGLAND: Thirteen Reasons Why A Texit Would Be Constitutional
Next Article APPEL: The Advocate Almost Finally Gets It Right About Louisiana’s Woes