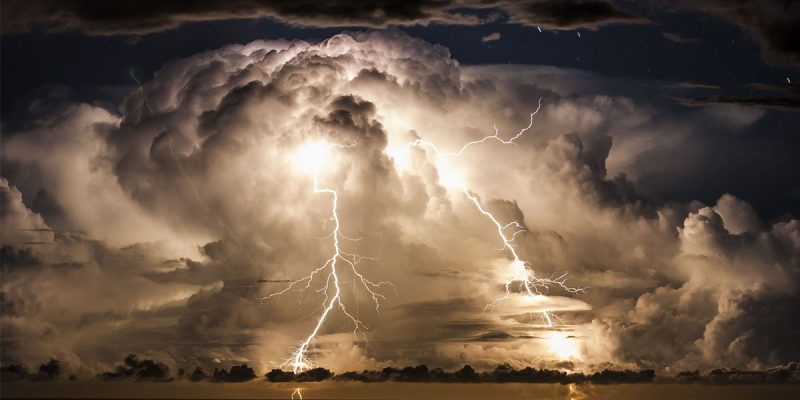 The sky was decorated with brilliant streaks of electrical storm display early yesterday morning, an awesome presentation of the power of nature. But soon it was followed by the overwhelming rush of billions of gallons of water cascading from the sky, flooding everything below, and reminding me that nature gives and takes away.

Later, when I read the headline of the staff editorial in The Advocate I was just as excited as was my awe at nature’s light show. Finally, I thought, the Advocate opinion writers had succumbed to the reality that Louisiana is so out of step with our sister states and that they would decry the basis for why this was so.

But just as the spectacle of the lightning was followed by the hopelessness of the deluge, once I read their opinion piece, I realized that they just did not understand the fundamentals of the American economic system. Or, if they did, they would not acknowledge their years of support for an economic/political system of dubious distinction and the leaders who offered nothing else.

The headline read … “Our Views: The new census shows us how Louisiana is falling behind Texas in many ways”

They had boldly acknowledged what so many of us have been screaming for decades. Its hundred-year-old political and economic philosophy has made Louisiana, if not a failed state, one that is close to it; an unattractive place to live, to work, to raise a family, a place from which our best and brightest out-migrate and to which few in-migrate.

The ugly truth that was unavoidable was right there in the preliminary Census report that they cited. People vote with their feet and they had voted to move to states like Texas, Florida, Tennessee, and Georgia. The Advocate article even came tenuously close to nailing it, people had opted for good opportunities, good education, and good government policies. They had fled semi-socialist populism as is featured in our state for freedom from government and a pro-growth philosophy of government in other states. And with them they had taken our future as they left behind a withering invasive vine of big government dependency. The Advocate nearly got that part.

But, I suppose, in order to not to drift too far from the positions that they have taken over the years, The Advocate avoided defining the causes of our decline and hinted that they were other than what they truly have been. Their traditional viewpoint has been contrary to basic principles of free market capitalism, opinions liberally soaked in the defense of our state’s status quo policies and the left of center politicians that have defended them.

For their own reasons, the editorial failed to mention that during the Jindal reform years Louisiana actually saw a net in-migration of people as employment increased. Further, that only since we elected an old school populist governor has our population decline resumed. Being passionate haters of anything Jindal, and blind adherents of Edwards I guess that lapse should have been expected.

However, that omission stands out when one realizes that the fatal flaw of their opinion piece was that their devotion to the policies of Governor Edwards and so many of his predecessors have emboldened them to gloss over the underlying issues causing the problems of our state. In one simple clause they made clear that they just did not appreciate the significance of why most other southern states have been growing as we have been receding.

No, No, No. That statement misses Louisiana. We are a state of 4.5 million, a great many of whom are un- or under-educated. We need jobs that meet the skills of our people, we do not need to be chasing the folly of someone else’s last year’s great ideas. We will not find that a great number of our people will control where jobs are, we are not going to be the Research Triangle or Silicon Valley, or some other liberal La La Land full of happy people. We are who we are, and we must match our efforts to the reality on the ground.

Further, just sloughing off as obsolete the one great defect in our historical economic strategy (one which even Jindal used though it was based on false premises) does a great dis-service to our people. Trying to build an economy based on the faux allure of subsidy instead of correcting the fundamental defects that made us unattractive in the first place was and is pure folly. Imagine it as placing a bandage over a malignant melanoma. It was and is a capitulation of mind and spirit to everything that has failed us, it is the fundamental reason that in our state poverty is the rule and not the exception, it is the shiny object behind which misguided governors have hidden as they perpetuated their own power by blaming everyone else for their inability to lead the people to better place.

All the rest of the faux logic in the editorial dealing with liberal claptrap and mobile work in the future demonstrates why editorial writers never come from the real world. We need a state that is so attractive to fundamental core businesses that we attract without subsidy manufacturing, transportation, FIRE, distribution, and so many other industries that employ large numbers of OUR people with their current skills at good salary levels.

We do not need to be spending large sums in a bidding war to attract companies that employ work at home techies or lose sight of the reality that it is not the employee who makes the call on where a business is, it is the company who does, though quality, productive employees are a key element. We must seek employment for large numbers of our people in jobs that they can do and that pay them enough to escape poverty and create a road to prosperity. This is reality. Anything else is surrender to false prophets.

A Louisiana Centric strategy means abandoning the liberal principles that the media and so many political leaders have defended so closely, principles that have failed us so succinctly. It means abandoning the defense of leaders who subscribe to the theory that we can be a government dependent people as long as we spend billions on business subsidies to overcome the negative economic impact on those businesses induced by their own government policies. Or leaders who dangle the shiny object of 21st century jobs to a state full of 20th century workers. Only then will we once again return to the days of in-migration.

In order to achieve the prosperity that has attracted so many to our sister southern states we need a philosophical Genesis to move us away from trying to buy jobs with government subsidy. A new path that replaces that detrimental thinking and the bad government philosophy that it is intended to protect with a Louisiana Centric strategy. This is not a simple task, and unlike the original Genesis it will take more than 7 days! But as my Dad’s favorite expression, “We can’t get finished until we make a start”.

I was almost overwhelmed by the splendid lightning show and the exciting headline of The Advocate editorial. But the reality of the blinding rain and the journalistic illogic that followed brought home the reality of Einstein’s famous statement … “The definition of insanity is doing the same thing over and over again and expecting a different result”.

That statement describes the state that we have been and are in and the media that we depend upon. Chasing bright shiny objects years after they were employed by other states is just as insane. It is time to create that Louisiana Centric plan, basing it upon what we intend to accomplish, what we have to work with, and how we plan to execute it.

Perhaps The Advocate would have been better off to stop with the headline. It was as awesome as the lightning that streaked across the sky last night.