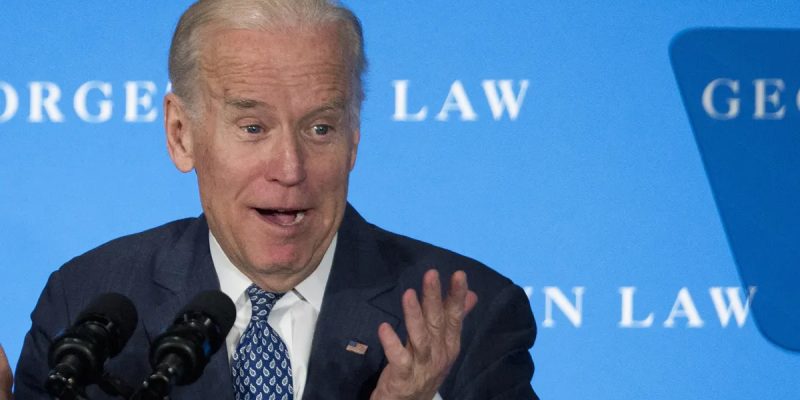 Just over two short weeks ago, I wrote an article for The Hayride wherein I appraised the first hundred days of the Biden administration as a “catastrophic failure.” As bleak an assessment as that was, I must admit that I was off the mark. Much news has arrived since the end of April, all of it bad. So steel yourself as you read on, and remember the immortal words (although surely plagiarized) of Barack Obama: “Elections have consequences.”

Regarding the border situation which President Biden dismissed out of hand in March and has yet to acknowledge, 178,622 illegal migrants were caught trying to cross our southern border in April alone. Now that is the highest monthly total in twenty years, and of course that is only the number that were caught. God only knows the number of illegals who actually made it into our country, some numbers of whom must be criminals and many of whom are apparently suffering with COVID. Our border patrol agents are overwhelmed, and a humanitarian crisis has developed.

Now some crises arise inevitably in the course of events, but the border crisis is solely attributable to Joe Biden’s comments and actions during his presidential campaign and in the first days of his presidency. Yet neither he nor Kamala Harris, whom he put in charge of this crisis over fifty days ago, has dared to visit the border, because that would bring further attention to his first major mistake. Thank you, Joe Biden.

The Israelis and Palestinians are at war again. Certainly, this is a perennial problem which has existed at one level of intensity or another since shortly after World War II, but the Palestinian organization Hamas has fired over a thousand rockets into Israeli cities in the last several days. No one should be in any doubt that ultimately the Iranians are responsible for this situation, because they are the enablers who supply the cash and the rockets used to attack the Israelis.

Under Donald Trump’s administration, the senior Iranian terrorist, the commander of the Islamic Revolutionary Guard Corps, ended up dead for similar misdeeds. But in its brief existence, the Biden administration has damaged our relationship with Saudi Arabia and its allies, while making overtures to the Iranians, which they have so far rebuffed! The United States has been humbled and our allies in the region must be wondering whether we can be relied upon going forward. The Hamas attacks on Israel would be frankly inconceivable if Donald Trump were still our president. Thank you, Joe Biden.

Alas, turning to the domestic front, the situation is even worse:

The vast new entitlements enacted by this administration and its fellow Democrat conspirators in Congress have begun to bite into the social fabric and economy of our nation. As Exhibit Number One of this thesis, I will make mention of two official statistics which together make for a rather strange economic signal: There are supposedly sixteen million unemployed, yet there are eight million job openings, so many job openings in fact that the lack of available workers is now slowing our recovery. How can there be so many unemployed when there are so many job openings?

Well, that can happen when the cumulative total of state and federal unemployment benefits paid to the unemployed amounts to more than they would make working in the bottom third or so of the job market. So guess who has jacked up the total unemployment benefit package to the point where that is exactly what has happened? Thank you, Joe Biden.

Basically, the thinking among the lower and lower middle ranks of the unemployed is simple: Why work if your misguided government will pay you more money not to work? You can just stay at home and/or secretly work an “off-the-grid” job and pay no tax whatsoever. This is actually a logical decision, given the wacky and irresponsible actions taken by the Biden administration. The last statistic I read on this issue stated that a worker would have to make over $42,000 a year to receive more money after taxes than unemployment is now paying him to just stay at home! As long as this situation exists and benefits continue to be extended, millions of jobs will remain unfilled and our full recovery will be delayed.

Let’s talk about inflation. You know, inflation is that little problem you have when the same amount of money buys less and less as time goes by, because the price of most things keeps going up and up. Anyone living on a fixed income, like most retirees, understands inflation very well, thank you.

To even remember serious inflation and the human misery and damage it has caused, you have to be of a certain age because inflation had been under control for many years. I say inflation “had” been under control, because it is no longer under control- this month inflation was reported to be 4.2%! The last time we were anywhere near that figure was in 2008. Recall that in the four years of Donald Trump’s administration, inflation never reared its ugly head.

I guess adding all those trillions of unneeded new dollars into the economy, which dollars end up chasing a limited amount of goods (remember employers can’t hire enough people to make enough product to keep prices down), just caused prices to skyrocket. But the Democrats are seeking additional trillions- wait ‘til that money is injected into the economy. Then you’ll quickly see 6-8% inflation!  Thank you, Joe Biden.

Have you noticed how much gas has gone up under Joe Biden’s anti-oil and gas administration? And don’t try to build anything with lumber, because lumber prices have gone through the roof! But steel prices have also tripled, and home prices are up sharply. Be sure and load up quickly on soft drinks, toilet paper, and diapers, and buy your plane tickets and home appliances now, because these prices are also way up. Thank you, Joe Biden.

But allow me to close with the worst news of all: Let me speak frankly about America’s ballooning debt. Joe Biden’s total bill for the entire Democrat wish list will be well over six trillion dollars, and his expanded entitlements will cost far more than that in the coming years and decades. Our current national indebtedness is now over twenty-eight trillion dollars. It was nine trillion dollars as recently as 2008, before Obama took over the reins of our government. Yes, that’s right- in the first two hundred and thirty-two years of this nation’s existence, including a civil war and two world wars, the country ran up a total federal debt of nine trillion dollars. In the last thirteen years that debt has tripled!

Look up the U. S. National Debt Clock on the Internet, and you can watch it balloon. Don’t try to read the last six digits of this fourteen digit number, because they will just be a blur. What you should know is that our federal budget deficit for this year alone will be north of three trillion dollars, and every single American now owes about $85,000 on this debt.

And all for what? Electric “gas” stations all over the country, although we still have relatively few electric vehicles? Renewable energy which is inefficient and unreliable, but costly? Welfare and endless benefit programs disguised as “human infrastructure”? This is all social engineering which the great majority of us do not want, with costs which we cannot afford. And when this country lies broken and bankrupt (which will happen sooner than you think), and war has broken out all over the world as American strength ebbs, what excuses shall we give our children and grandchildren?

The Presidency of the United States of America is an office now held by a doddering political hack well past his prime, controlled by a Democrat Party in the hands of leftist progressives with an agenda which is rapidly undermining our social fabric and our economic and military strength. Bad results were only to be expected, but truth be told, every major initiative undertaken by this administration in its brief existence has been an utter disaster.