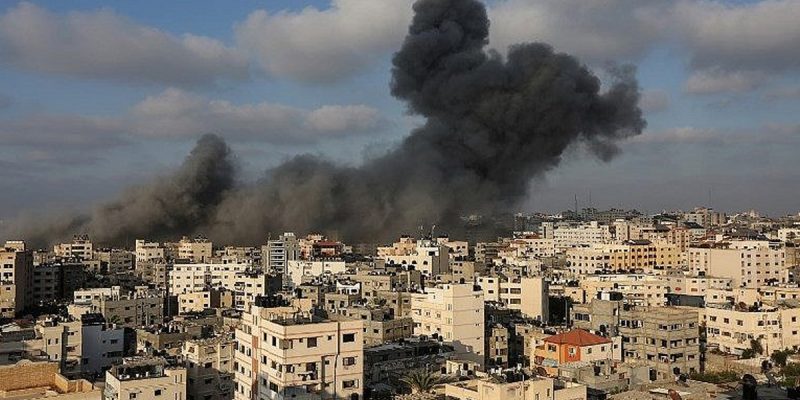 For much of the current week, Israeli civilians have been hunkered down in bomb shelters, cellars, basements and stairwells to protect themselves from barrage after barrage of rockets fired from Gaza.

The rockets are launched from Gaza, an area bordering Israel which is controlled and administered by the terrorist organization known as Hamas.

However, many Americans do not know just what Hamas is, other than a name they hear and see in news reports. The organization’s history provides insight into the very nature of this conflict and why the group does what it does.

Hamas is actually an acronym for Harakat al-Muqwama al-Islamiyya, which translates to The Islamic Resistance Movement.

While news media reports routinely compare Hamas to other Palestinian militant movements such as the Popular Front for the Liberation of Palestine (PFLP) and the Palestine Liberation Organization (PLO), which are more nationalist in orientation, Hamas defines itself first and foremost as a jihadist organization, along the lines of Al Qaeda or ISIS. In fact Hamas co-founder Abdullah Azzam also played a leading role in founding Al Qaeda.

Thanks to large-scale foreign support from Iran, Qatar, and Turkey, as well as individual Muslims’ contributions around the world flowing through Brotherhood-controlled charity networks, Hamas has been described as the 2nd wealthiest terrorist organization in the world, second only to ISIS during the height of its power.

While Hamas uses those funds to pay fighters and to acquire and produce its massive weapons arsenal, it also provides a degree of social welfare and religious services in Gaza, a model emulated by Al Qaeda in Afghanistan and Hezbollah in neighboring Lebanon. While many analysts seek to divide Hamas into “military” and “political” wings, as a jihadist organization, Hamas sees both efforts as inseparable.

Hamas’ goal is clearly stated within its founding charter which calls for replacing the Jewish State of Israel with an Islamic state ruled by sharia (Islamic law) and includes references to the extermination of the Jewish people.

While Hamas personnel have on occasion downplayed the significance of the charter, regular public statements from Hamas leaders routinely reinforce their genocidal ambitions, which justify their steady attacks against Israeli civilians. There is no military value whatsoever in indiscriminate rocket attacks other than killing people, terrorizing a population, and hoping to further inflame the ongoing conflict.

In defense the IDF response has been to target Hamas bases, and command and control assets which, unfortunately, are routinely hidden behind or intentionally co-located with civilian facilities, such as schools and hospitals. The IDF has an extensive checklist of actions, including calling building residents to evacuate and even dropping dummy bombs, in order to warn noncombatants to leave Hamas occupied sites.

Hamas remains a bloody terrorist organization. Throughout the years its tactics have changed, beginning in the 1990s and through the 2000s with a deadly campaign of suicide bombings in Israel, targeting civilians in restaurants, cafes and even buses. Since the group’s successful occupation of Gaza however, Hamas has emphasized amassing a huge arsenal of rockets with which to target Israel. This week has seen the most extensive use of those rockets in almost a decade.

Understanding Hamas as first and foremost an organization committed to global jihad should help Americans better understand that there is no simple political solution.