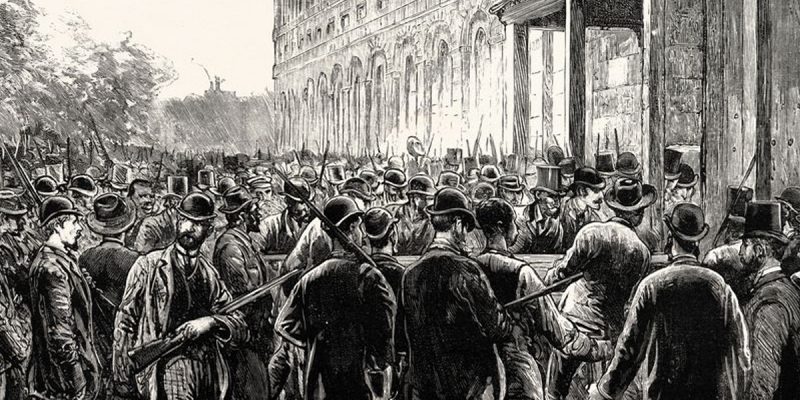 As they say, history is scribed by the winners and in this case, specifically the move in Louisiana law to require unanimous juries for criminal convictions and the refusal by the U.S. Supreme Court to grant new trials for defendants convicted less than unanimously, the origins of the split juries in Louisiana has also been lost to time. Many said it emanated from the Jim Crow era and they would be correct, but that’s not the entire story. If you are satisfied with that facile explanation, read no further. But if you have a curious mind which demands all the facts, read on.

Most people in New Orleans have heard of the Italian lynchings which occurred on March 14, 1891 at the old Orleans Parish Prison, which was located at Basin and Orleans. A mob, which consisted of members of the the Boston and Pickwick Club, among others, stormed the old prison and overtook the deputies who manned the walls and the old Fourth Precinct police station, which was part of the prison complex. The mob was angry because the night before, a jury found six of the original nine defendants not guilty and were they could not reach a verdict on the remaining three. So, a lynch mob was formed and they exacted “justice” on “ELEVEN” innocent Italians.

Because the jury was split, a state grand jury headed by foreman W.H. Chaffe, an attorney and President of the Cotton Exchange, issued a report on May 5, 1891 condemning, among many other people and things, unanimous jury verdicts.  The grand jury derided the jury as being bribed, but ignored the fact that the presiding judge, Joshua Baker, found two of the defendants not guilty and instructed the jury to render a verdict consistent with his findings. This was on Wednesday, March 11, 1891.

It is interesting to note that two of the grand jurors were identified as members of the lynch mob and dutifully acquitted themselves, reporting “[w]e have referred to the large numbers of citizens participating in the demonstration, estimated by judges at from 6,000 to 8,000, regarded as a spontaneous uprising of the people. The magnitude of this affair makes it a difficult task to fix the guilt upon any member of the  participants–in fact, the act seemed to involve the entire people of the parish and city of New Orleans, so profuse in their sympathy and extended their connection  with the affair. In view of these considerations the thorough examination of the subject has failed to disclose the necessary facts to justify this Grand Jury in presenting indictments.”

Such a nice coverup; your family cat would be envious.

Anyway, during the next Louisiana Constitutional Convention, the voters ratified a measure allowing for split juries, which would obviously obviate the need for lynch mobs in numbers only judges could count, but not identify.