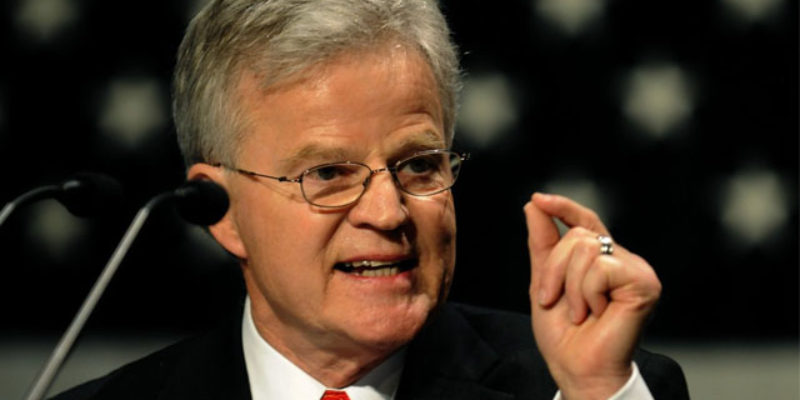 Little-known is that Roemer taught as an adjunct instructor at LSUS early in its history, in computer science as I recall, before his electoral political career (All the oldest hands from that era at LSUS who could give a few more details, one way or the other, are no longer around here.) For that reason, we could get him to come to campus from time to time.

In the fall of 1993 or spring of 1994 (I can’t quite recall which semester), he stopped by to give a speech largely attended by faculty members and a few students. With me being the political scientist who taught our classes related to elections, when afterwards I introduced myself to him he was interested in having a chat. We drifted down the hallway to my (very small) office where for 15 or 20 minutes we (he, mainly, as was my desire) talked a bit about where he thought Louisiana and American government were headed. I confess I don’t really remember any of the details.

Somehow (perhaps inevitably, since he came from this neck of the woods), I have made acquaintance to varying degrees with a bunch of people who knew him – current and former members of/candidates for Congress, former staffers, political allies/friends, relatives by blood and marriage (several occupy more than one of these categories; one, all of the above), even my father-in-law who went to school with him. This cohort can speak to him as a person, and I hope they do so publicly (and some have), with my sympathy.

If can’t really say anything about him at a personal level, my peripheral brush with Roemer and decades of study of Louisiana politics does leave me able to speak of his significance in state politics, and leads to this only insight: he was both ahead of and behind the times, a maddening contradiction resulting from severe imprinting by Louisiana’s odd and unique political culture.

I would venture that the vast majority of people now with policy-making power in Louisiana don’t know or at the time didn’t understand just what a break with Louisiana’s past he represented upon his election to the Governor’s Mansion in 1987. Beneath the personalization of the contest with (wishfully, as it transpired) “slaying the dragon” of former Democrat Gov. Edwin Edwards – who, with the recent of spate of ex-governors going on to their rewards, now has outlived four of his successors, leaving him and Republican former Gov. Bobby Jindal as the only exes left – the phrase “Roemer Revolution” was not all that overblown.

Roemer, even as he had an insider political background, really did want make fundamental changes in governance congruent with those of an outsider. He did want less-powerful, less-resource hungry government. He did want policy made in a purer public interest rather than the existing calculus that required siphoning money and power to private concerns, if not spawning outright corruption. He did want to bring a more business-like approach to government, meaning both implementing fiscal reform that promoted stability and in ending the predatory attitude prevailing that economic producers were to be exploited.

His crusading mentality was necessary to assail a personality-driven, good-old-boy system, but it became too infused with the populist political culture that formed his crucible in the world of politics. A great example of this came with his 1989 fiscal reform constitutional amendment and the enabling legislation, which failed at the polls.

Strikingly about this package is the number of “good government” items which within a decade or so became part of the Constitution or Revised Statutes. Other items from time to time return as serious policy debates, such as lowering the homestead exemption, and others even now are up for discussion, such as the elimination of the corporate franchise tax, many of which would do the state some good.

Unfortunately, the populism, perhaps left over from Huey Long, that overlay the reform created problems. Essentially, the amendment would have created more progressive and greater income and excise taxation while trying to offset this with lower sales taxes. This nod to the notion that some group, allegedly more “privileged,” had to pay more to redistribute to the mass public, eventually in diluted form would return with change stumped for successfully by GOP former Gov. Mike Foster (like Roemer, a party switcher from Democrat to Republican), and later attenuated with the acquiescence of Jindal.

Over two decades later, Longite populism’s Manichean worldview that declares that government must rein in the presumed exploiters had colonized much more extensively in Roemer’s mind when he made a last quixotic run for office, for the biggest prize of all. At this point, to him money in campaign politics had become the root of all evil. Obviously, unrestrained use of wealth creates problems of transparency and accountability in governing, but like any essential truth applied way outside its definitional bounds and latched onto as a monistic explanation for anything and everything, it becomes a caricature, the lengths to which Roemer took it in that campaign ensured a very short and unserious quest.

A fashionable observation of Louisiana politics is, extending to the early part of the 20th century, governors largely alternate in a populist/reform cycle. Roemer certainly slots into a reform administration, but he tried to go beyond that. Most reformers – Foster as the most recent example – limit their efforts to work within the system, perhaps chipping away at its margins.

However, the 1987 Roemer challenged the norms and structures of the populist-constrained system itself. Even if somewhat incompletely, he was the first. Only Jindal, who took it on more comprehensively, has followed. To give Biblical moorings with Christian referents toward removing Longite Eat The Rich populism as a guiding aspect in Louisiana politics, we might consider Roemer as Moses – the leader who tried to forge a new covenant, one that the people haltingly and incompletely took to heart. This would make Jindal akin to St. John the Baptist, who tried to prepare people for a new path, to varying degrees of fidelity and success; after all, prophets are not without honor, except in their hometown, and among their own kin, and in their own house.

The pessimistic may say if, but I suspect the correct word here is when, a political messiah – although much more likely such is the massive task ahead, a consecutive series of small scale saviors steering over time the state away from populism – finally empowers an enduring coalition to drag Louisiana kicking and screaming out of its wallowing Longism that still infects so much of its policy-making (and currently inhabits the Mansion), we should acknowledge which politician sparked the touch-paper: Buddy Roemer.