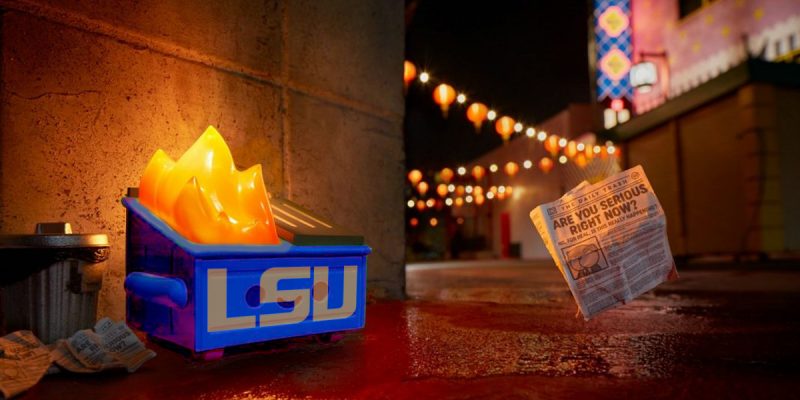 Last week Jeff Crouere wrote a pretty explosive column here at The Hayride bringing up a question which has circulated in Louisiana for a while, and particularly since the 2020 presidential election: whether there were the kinds of irregularities here in 2019 that plagued several swing states the next year. Louisiana operates with voting machines made by Dominion Voting Systems, after all.

Crouere’s column irritated a bunch of folks, particularly at the Secretary of State’s office, who took issue with the idea that the 2019 governor’s election wasn’t held on the up and up. I wasn’t exactly asked to repudiate it, but I got an earful of refutation of the points Jeff made. I figured it was probably best to let the matter drop, and so I did.

But in the last couple of weeks there have been so many developments related to the results of that 2019 election that it struck me Crouere’s piece was too relevant not to bring up again.

I don’t agree with the idea that John Bel Edwards stole the Louisiana gubernatorial election in 2019. It’s definitely eye-popping that Edwards fared better than Barack Obama in Orleans Parish, where accusations of Democrats stealing elections in Louisiana have surfaced for as long as I’ve been alive if not longer, but the fact is that Edwards also beat Eddie Rispone 57-43 in Jefferson Parish, where Louisiana’s so-called Republican voters are in the New Orleans metro area.

Rispone suffered from the same problem David Vitter did, which is that a whole bunch of Louisiana voters who call themselves Republicans and who will dutifully vote for Donald Trump, John Kennedy, Bill Cassidy, Jeff Landry, Billy Nungesser and all the other major officeholders in the state not named John Bel Edwards, all of whom are Republicans and most of whom run as the most conservative politician who ever walked the earth (whether or not they govern that way is another matter), nevertheless ignore every bit of evidence before their eyes and pull a lever for Edwards.

This has happened twice, and it has made zero sense both times.

Edwards had a more left-wing voting record through two terms as a state legislator than anybody in the Legislative Black Caucus. The idea that he was a conservative Democrat solely because he cast himself as pro-life is one of the most egregious lies ever told to Louisiana’s electorate, and yet he managed to convince Republican voters who ought to know better that it was true.

Because Vitter liked to procure the services of hookers now and again and Edwards went to West Point before he dumped an Army career for the life of a connected trial lawyer and two-bit Democrat politician, they’d believe whatever Edwards’ spin doctors told them.

Then they believed it again when Rispone ran. Rispone’s consultants and message-makers were garbage on a Biblical order, and he ran a campaign which set a new standard for political malpractice, but the fundamental thrust of what he told the people of Louisiana was “you guys voted just about 60 percent for Donald Trump and I’m a lot like Trump, or at least I want to be.” There was a lot wrong with the execution of that message, but it should have been enough to get those Trump voters in the suburbs to turn out for Rispone.

Particularly when the first four years of John Bel Edwards were full of evidence that it was a colossal mistake to make him governor. Louisiana’s modest growth which had taken place during Bobby Jindal’s governorship became a full-on Texodus as our productive class fled for Texas and other states, so much so that even the Advocate has noticed, and Edwards hit taxpayers with the largest rate hike in the history of sales taxes in the state. Everything about the bad old status quo in Louisiana politics was set in stone, despite the clear will of the voters for reform.

But the legacy media didn’t bother to cover much of it, and Rispone’s incompetent team didn’t penetrate that veil, and Republican voters in Louisiana stayed asleep. That Eddie Rispone went negative on Ralph Abraham, a stupid mistake which proved fatal, by using the exact same attack Edwards had earlier in the campaign, wasn’t even noticed by the Abraham voters who refused to turn out in the runoff.

Some 6-8 percent of the state’s voters, or maybe even a little larger number, who call themselves Republicans regardless of their voter registration simply couldn’t be motivated to get rid of a leftist governor who was governing as a leftist.

And those folks have richly deserved what they’ve gotten. The rest of us might not have, but they sure do.

There was the collapse of what was left of Louisiana’s economy. Remember that Louisiana was one of the five worst-performing economies in America in 2020, and Louisiana’s GDP took a 6.6 percent dump in the first quarter of that year – most of which was over BEFORE the Wuhan virus came on the scene.

There was the continuing failure to resolve the open sore of historical landmarks wasting away in a police impoundment yard, which two-thirds of the state’s people oppose. That’s only getting worse, as the monument destroyers have set their sights on bowdlerizing the iconic Andrew Jackson statue in the square bearing his name, and a commission in New Orleans now demands the renaming of dozens of streets in the city.

There’s the never-ending regime of lockdowns and mask mandates Edwards imposed, only just recently relaxed after our neighbors conclusively proved freedom works just as well to stop the spread of COVID-19.

There was the Drew Brees fiasco, and all that entailed.

There’s Edwards coming out publicly in favor of men dressing and acting as women having the right to compete as women in school sporting events.

This week the Audubon Zoo canceled an annual promotion it holds with the New Orleans Police Department, which is run by black people and has a majority of black officers, because a handful of woke idiots on Twitter bitched about it.

And yesterday, there was LSU naming William Tate, who has built his entire academic career spreading the insanity of Critical Race Theory, as its new president. Tate’s opening press conference was an eye-opener: asked whether he would support rebranding LSU and giving it a new mascot since “Tigers” refers to a Louisiana-based confederate army unit from the Civil War, Tate dodged the question.

We’ve already covered the circus Edwards and his fellow Democrats made of Rep. Ray Garofalo’s attempts to rein in Critical Race Theory in Louisiana’s schools, which was a dead giveaway that Louisiana is in woke hell.

This while James Carville, the venerable Democrat hack political consultant, had declared Troy Carter’s victory over Karen Carter Peterson in the 2nd Congressional District special election a referendum on “wokeness” which he called a problem. Carville was truthful in that last part; there is no public poll out there proving the vast majority of Louisianans are not “woke” and don’t care to be, but it’s widely recognized that “wokeness” is a loser even in the 2nd District.

But Carville was lying when he said Carter, and also Joe Biden, aren’t “woke.” The proof of that lie has to do with Carter’s final bill in the Louisiana legislature, which actually passed on the floor of the Louisiana Senate this week. The bill would prevent employers in Louisiana from controlling the public image they present by banning “discrimination” based on hairstyles. It’s a trial lawyer’s wet dream, but it’s one of the most egregious “woke” attacks on culture and commerce imaginable. That Carter would be the one bringing it before he heads off to Congress should be instructive as to who he is.

So here’s the question: are you “Republicans” happy now? Is this what you voted for? And if not, exactly what did you think you would get with a John Bel Edwards unbound by the need for re-election?

This is what stupidity on Election Day brings.

As a quick aside, Tate’s appointment has to be an especially bitter pill for Jay Dardenne to swallow. Dardenne is the epitome of the Republican crossover, having sold out to Edwards in 2015 based on what’s commonly perceived as a purely careerist motive. The job he wanted was the presidency of LSU, and Dardenne took the most thankless position possible as Edwards’ commissioner of administration in order to get it. He’s spent six years shilling for unconscionably ridiculous budgets and higher taxes that he vocally opposed in the legislature (at least some of the time), making enemies of former friends and earning the vitriol of many of his previous supporters, in hopes that one day he would be able to claim his grand prize.

And then Edwards threw him over for Tate, who’s now in his third job in six years and might well be gone by the time Edwards is.

By then, though, at the rate Louisiana is going, anybody who had a hand in plunging the state into the woke hell it’s currently in will have bigger problems than how to advance in a public-sector career.