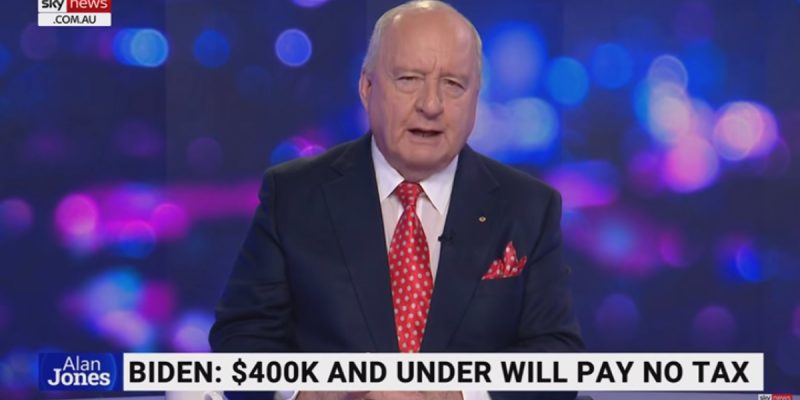 Sometimes to gain a purer perspective on something, you need to step away from it – or at least listen to others who can see it from a distance. That’s why we’ve taken to Alan Jones, whose commentary at Sky News Australia on American political affairs has offered a lot of clarity of late.

Jones is an interesting guy. He’s a popular conservative radio broadcaster in Australia who’s been with Sky News for almost a decade doing TV commentary, a long-time newspaper columnist, and he’s also the former head coach of the Australian national rugby team.

And lately, Jones has been regularly opining about the decline of America’s political institutions, and particularly Joe Biden’s insufficiency in the White House.

Like, for example, in the case of Jones’ latest commentary, which covers the visit that George Floyd’s family paid at the White House yesterday, an appalling bit of leftist virtue-signaling nobody in America was the least bit surprised by. Our national outrage meter over the glorification of career criminals is long since broken, and so it probably takes the perspective of others to recover some sense of standards.

Jones fills that role nicely, as he was having none of the Floyd family reunion in the Rose Garden…

Watching Jones and seeing all of this through his eyes, you really do get the full perspective of how bizarre all of this is.

Instead, as Jones notes, the pressure is on to glorify George Floyd, on top of paying his family $27 million, by passing police reform in his name.

He’s looking at this and you can tell he thinks America has lost its collective mind. And he isn’t wrong.