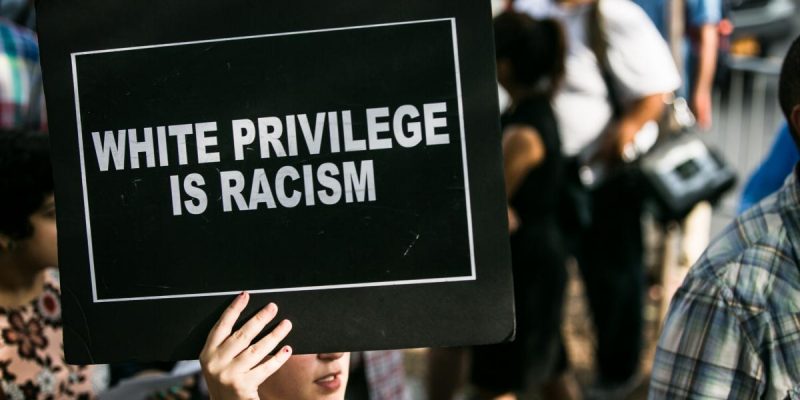 The Louisiana Legislature has recently undertaken efforts to prohibit the teaching of what is called “Critical Race Theory.”  HB 564 by State Rep. Ray Garofalo would prohibit the use of “divisive concepts” such as those contained in Critical Race Theory in student education or staff training in education from kindergarten through graduate school, for any institution that receives state dollars.  (Numerous other states are also taking similar action to make certain this “theory” is not taught given their belief its “educational” intent is to divide, not unite us as a nation).

But what is Critical Race Theory (CRT)?  Simply, CRT is an identity-based theory—founded on a Marxist ideology of class conflict—that its proponents seek to have taught in schools (and state and federal agencies) that promotes and advances the idea that Louisiana and America are systemically, hopelessly, and irreversibly racist.  [We should note that LSU’s new president, William F. Tate, is a heavily published proponent of Critical Race Theory. It would be counterintuitive and naive to assume his views of, and belief in, CRT won’t inform his decision-making as president].

Recall in one of the presidential debates last year, President Trump was asked why he had “directed federal agencies to end racial-sensitivity training that addresses white privilege or critical race theory.”  He replied, “I ended it because it’s racist;” participants “were asked to do things that were absolutely insane; they were teaching people to hate our country.”

Christopher F. Rufo, an expert on CRT who was instrumental in bringing about Pres. Trump’s CRT Executive Order, states: “… these training sessions have nothing to do with developing ‘racial sensitivity.’”  Rather, Rufo continues, “critical race theory training sessions in public agencies have pushed a deeply ideological agenda that includes reducing people to a racial essence, segregating them, and judging them by their group identity rather than individual character, behavior and merit.”  These are clearly not “racial sensitivity trainings” he concluded but, rather, are “political indoctrination sessions.”

Rufo notes that CRT “trainers” taught Homeland Security employees, for example, that the “myth of meritocracy” and “color blindness” is a foundation of racist microaggressions and “microinequities.”  These “trainers” insist that statements such as “America is the land of opportunity,” “Everybody can succeed in this society, if they work hard enough,” and “I believe the most qualified person should get the job” are racist and harmful—merely code for “people of color are lazy and/or incompetent and need to work harder.”  Repeatedly emphasized is the premise that America was “built on the backs of people who were enslaved” and that “all white Americans are complicit in a system of white supremacy by automatic response to the ways we’re taught.”

In fact, in the name of “equity,” UCLA law professor and CRT proponent, Cheryl Harris, has proposed suspending private property rights, seizing land and wealth, and redistributing them along racial lines.  Another academic proponent seeks the creation of a federal Department of Antiracism that would be independent of—and unaccountable to—our elected branches of government with broad power to abolish laws or suppress speech or action it deemed racist.

This is poison.  So cynical.  While we should—and do—acknowledge America’s racial flaws and racial history we also acknowledge that America has made enormous gains in racial equality over the last decades.  This CRT agenda is not only repulsive from a standpoint of intrinsic human worth and human dignity, it’s a complete degradation of perhaps America’s most sacred principle—that with God’s blessing we are limited only by our own effort, initiative, hard work, desire and passion.

When people latch on to an ideology as a means to explain things, they’re often required to disregard common sense and constantly twist reality to make the ideology true, i.e., to make it sound correct in the face of contradictory evidence.  People who believe in socialism must ignore the reality of every failed socialist state, and people who believe in CRT must ignore the reality that the people coming over our Southern border, desperate to enter our “systemically racist society,” are not white Europeans and will presumably gain nothing but persecution by coming here.   Yet they still come daily in droves.

A rational person can’t long tolerate the mental gymnastics and inconsistencies required to accept CRT or any other ideology.  Even if one believes CRT is true, it offers no solutions, other than to hire more CRT trainers and give tenure to more CRT professor-believers at our universities, which does absolutely nothing for those nonwhite people who may be struggling with lack of employment opportunity, crime, or poor schools where they live.

[This is not a free speech issue.  What many of us oppose is the use by government of our taxpayer dollars favoring this CRT speech.  CRT can still be advanced at any time, in any medium in the private sector].

We must send a strong message to our state Legislature that harmful and corrosive “education” of this kind doesn’t belong in any aspect of Louisiana or American life but certainly should not be allowed to pollute the minds of young people as they are taught our nation’s extraordinary history and of our American exceptionalism—which doesn’t mean we are perfect only that the foundational ideals of liberty and equality to which we aspire, certainly are.  It would also be a shame if the racism embedded in Critical Race Theory was used to destroy Dr. Martin Luther King’s “dream that my four little children will one day live in a nation where they will not be judged by the color of their skin, but by the content of their character.”