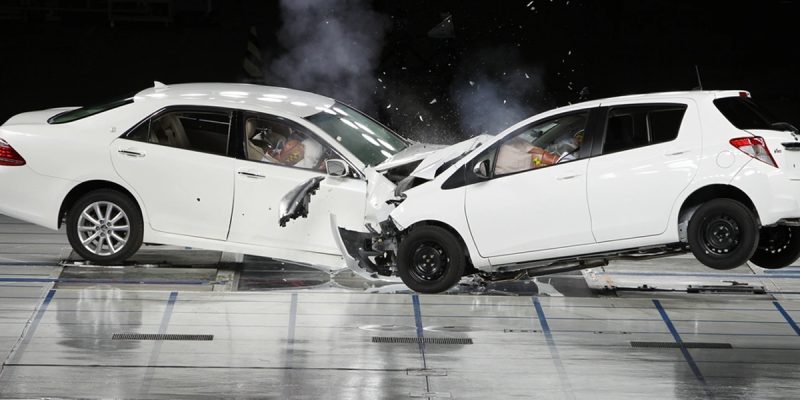 …now you know. Yesterday the Caucus showed some of its cards, and it’s a real problem for House Speaker Clay Schexnayder and his allies.

Jeff Sadow explained, earlier this morning here at The Hayride, what’s going on with a bill by Rep. Tanner Magee, who is the Speaker Pro Tem of the House and the man some people think is the real brains of Schexnayder’s operation. Essentially, Magee brought a pair of bills on medical marijuana – one, which has already passed both houses and is awaiting Gov. John Bel Edwards’ signature (and he’s said he will sign it), which greatly expands the availability of medical marijuana to the extent that it essentially legalizes weed in Louisiana.

The other, which is on the Senate floor now and will get a vote in the next day or so, would tax all this new medical weed coming on the market. There was little opposition to that second bill until Magee got cute and had his friends throw an amendment on it which would make 0.45 cents of the state’s 4.45 cent sales tax permanent.

Remember, that 0.45 cents was part of the massive, colossal tax increase Edwards demanded when he took office in 2016. If he didn’t get it he threatened to end college football in Louisiana. Then in 2018 Edwards and his commissioner of administration Jay Dardenne let out a host of horribles which would supposedly happen if it wasn’t renewed, even going so far as sending out eviction letters to seniors in nursing homes. The legislature renewed 0.45 cents out of the one cent in the 2016 increase, but sunsetted that hike for 2025.

And then everybody went home to their districts and ran for re-election in 2019 on the premise that the sales tax hike was only temporary.

No sooner was the 2019 election over than the word at the Capitol was the suckers back home in the districts notwithstanding, that 0.45 cents was going to be made permanent. Because Louisiana had achieved the highest state and local sales tax burden in America at the time, and that’s the kind of achievement the used car salesmen and grifters par excellence who populate Louisiana’s legislative leadership are too proud of to give up.

Once the amendment went on Magee’s bill, the grifters figured they had it made. Because who would consent to having medical marijuana expanded to such an extent as to create a colossal aftermarket for it which makes weed all but legal and then not actually tax it?

It’s the kind of game of chicken that the political grifters in Louisiana play all the time and almost always win. But eventually with a game of chicken you get into a head-on collision.

Which might just be where we are. Because yesterday, this happened…

The Louisiana Conservative Caucus, consisting of 41 members of the Louisiana House of Representatives, has made its first formal policy decision by opposing the Senate amendment to House Speaker Pro-Temp Magee’s (R – Houma) House Bill 514. House Bill 514 narrowly passed the House to impose a sales tax on crude or raw medical marijuana.

Last week Senator Rick Ward (R – Port Allen) added an unrelated amendment to make the “temporary” 0.45% general sales tax permanent and direct that revenue to the DOTD without mandating any reforms. Ward’s amendment would make permanent a “temporary” sales tax increase that was passed in 2018 with the promise of expiring in 2025 to give legislators time to reform the state’s budget and spending.

That’s a bit of a gauntlet the Caucus laid down. If all 41 of their members are going to stand firm, they have more than enough votes to kill Magee’s bill. It needs 70 votes in the House, and with the Caucus voting in a bloc that means 64 is all he can get.

The bill has to go to the Senate floor first, and it’ll need 26 votes there. The question is whether there are enough opponents in the Senate to either kill it outright or to force Ward’s amendment off the bill and just apply the tax to the medical marijuana.

We asked around, and so far as we can tell nobody knows how it’s going to play in the Senate at this point.

But if somehow Magee and Ward can drag HB 514 through the Senate and deposit the bill as is on the floor of the House, you have your full game of chicken to play out in front of everybody. And you might very well have your car crash.

The thing to understand is that whether McFarland, the chair of the Caucus, is using it to fuel his ambitions of becoming the next House Speaker or not, the folks we talk to think that if there is to be a move made against Schexnayder’s speakership McFarland would be the candidate. He’s the guy who can probably get 53 votes, and probably he could get them out of the 68 members of the GOP delegation. If it weren’t for this custom that the Speaker has to come from the ranks of the 3rd-term House members McFarland might already be Speaker.

So if Magee and Schexnayder, who are a lot cozier with Edwards than most Republicans are comfortable with and who can reasonably be seen as carrying water for Edwards on making that tax permanent, insist on trying to pass this bill as amended through the House, what they’ll be doing is leaning on members of the Conservative Caucus to flip on the bill.

And the leverage for this is the state’s $38 billion budget, complete with all kinds of goodies for legislators in it which they’ll say Edwards will use his line-item veto to strike for their districts. They’ll use what happened to Ray Garofalo, who saw some $1.8 million in improvements in St. Bernard Parish vanish when he ran afoul of Schexnayder over his Critical Race Theory bill, and say that if Edwards vetoes their stuff Schexnayder won’t fight for them by setting up an override of those line items.

You can see that happening a mile away if this bill heads back to the House for concurrence in the event Ward’s amendment stays on it.

And if Schexnayder and Magee go there, the obvious counter move is for the Conservative Caucus to sit down with the Legislative Black Caucus and work a deal on a vote of no confidence for both Schexnayder and Magee. As the Black Caucus has threatened this very thing ever since the current legislative leadership was picked, it isn’t like they’ll say no – they’ll just have a list of demands like they always have.

Some of which probably aren’t onerous. If some agreement can be reached, then you have your car crash and the current leadership doesn’t survive it. At that point, perhaps the Conservative Caucus is willing to support somebody from the Black Caucus in the Speaker Pro Tem job to replace Magee and it might be possible that McFarland can get to 53 votes and a majority for his speakership solely from the GOP delegation.

The guess here is that’s not what will happen. The guess is Ward’s amendment is going to come off the medical weed bill and the leadership in both houses will back down from this fight. But if they don’t, the game of chicken will be on and the stakes will be as high as they can get.