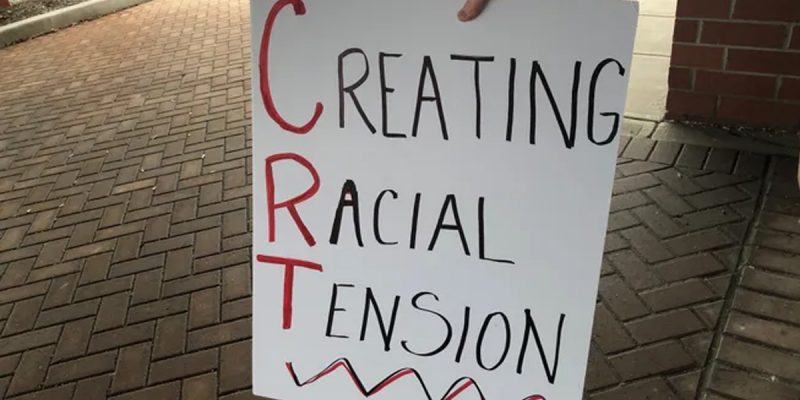 Words mean things. How you USE words matters. In the world in which we live, there are people skulking around, waiting for someone else to use a single word incorrectly so they can impugn, excoriate and ruin the life of the person who misused a word. It happens all the time. The statute of limitations for using a word or placing a comma incorrectly is life-long in our day and age.

The same goes for phrases and discussions about words. The imprecise nature of the American version of the King’s English is often the focal point of misunderstanding among individuals and certainly among organizations.

The on-going and erratic debate over Critical Race Theory (CRT) is the number ONE case in point for the imprecise use of language and how dangerous this can all be. Many don’t know the origins of CRT or its threat to society. A lot of folks are concerned with the nefarious nature of the theory, and sadly, many who are trying to sort out what it is and what it means are falling into the trap of the CRT agenda.

Pockets of people and even leading political leaders are working on the right agenda, but are using the wrong language as they try to confront this moment in time.

To be clear:  CRT is an outgrowth, and little more than a new version of, the Marxist ideology of class warfare with the end goal of societal collapse and the re-making of society. If you know history, it’s easy to both spot and identify. The problem for those confronting this potential catastrophe is how they are explaining their end goals for dealing with it.

Opponents should not be saying “ban CRT.” Free people do not believe in banning words, phrases, books or theories. We need to be saying “ban CRT as a foundational element of public school education.” The elegant and academic word for this juncture is pedagogy—defined as “the method and practice of teaching, especially as an academic subject or theoretical concept.” We think it’s a goofy word but it’s the correct one for the moment. The “pedagogy” of public-school systems should never be tied to CRT.

We’re actually okay if someone wants to TEACH CRT. Teach CRT all you want. But teach it as a theory, just like you would teach Marxism, communism, socialism, and any other explanations or theories of society and/or governmental structures. But the foundations of CRT cannot feed the curriculums that are used in our public schools.

CRT at its core proposes that the USA and much of the west are systemically racist and that society needs to be reformed and turned on its head. That’s an assertion that can easily be refuted. The theory cannot and should not be taught as an irrefutable fact. While the USA began as–and continues to function as–a flawed country, no one can deny the efforts to change things for the better, over time, and often through the shedding of blood. The Emancipation Proclamation, the 13th, 14th, and 15th amendments, and the Civil Rights legislation of the 1960s stand as codified reminders that we have worked to be better over the course of time. So does the 19th Amendment. So does the Americans with Disabilities Act. So do many, many thousands of other positive and constructive things we’ve done in our country.

The CRT advocates seemingly refuse to acknowledge the improvements that have been made over the course of our nation. They apparently don’t want to recognize what has really happened, and choose to focus on elements of truth, taken out of context and without telling an entire story.

Free people should never shy away from speaking contextual and objective truth. We have to teach our entire history, in context and objectively. All of it. We should teach about the slavery, Reconstruction, the Jim Crow era and Japanese internment. We should also teach about the evils of people like Woodrow Wilson, Bull Connor, Robert Byrd and Huey Long.

But using the phrase “Ban CRT” plays into the hands of proponents, who will say those on the opposite side are suppressing speech. It’s not the theory that needs to be banned—it’s a pedagogy based on CRT that needs to be dis-allowed.

Young children at school do not need to be told their very family and societal structures are corrupt and irredeemable. They do not need to be told the one sided story of America’s flaws without hearing of the efforts of the country to fix those flaws. Math, English, Science and Social Studies need to be relayed in the context of subject matter, not in skewed commentary designed to collapse the first republic that was formed to put people in charge of the government, and not the other way around.

In the first paragraph, we spoke of the importance of words. Here are some words we’d like to leave you with:  We believe in the United States of America. We believe in our Constitution, as written AND amended. We believe all people are created equal. We honor the journey our ancestors have taken, to help create this great country. We cherish the sacrifice of all who have come before us.

We believe we, as free people, must confront this moment objectively, peacefully, and with endurance.