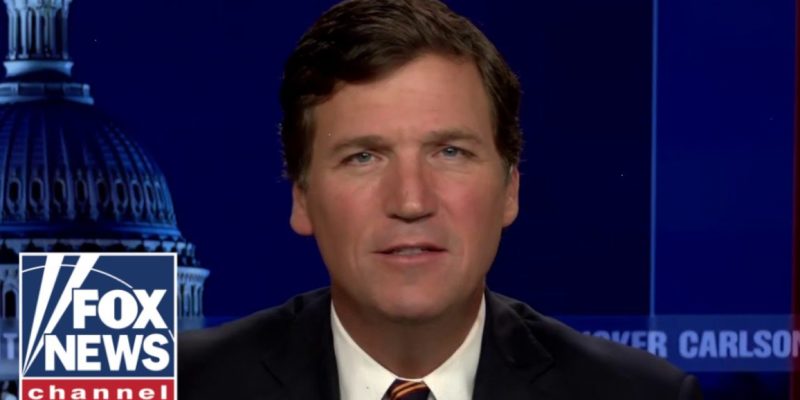 Last weekend, as you’re likely aware, Vice President Kamala Harris took a trip south – not to the border, as you might expect, since President Biden nominally put her in charge of the response to the abject crisis there – but to the Northern Triangle of Central America.

The legacy corporate media didn’t report it as such, but to anyone paying attention what happened was clearly a disaster. Harris’ visit was marred in Guatemala by protests, and nothing she said there was particularly well-received. The answer to the massive migration from Central America to this country, something Biden unquestionably encouraged by putting out the word that he was no longer enforcing our borders, is the miracle of foreign aid.

But anybody with the faintest command of history knows that foreign aid is the most inefficient, ineffective way to promote development of poor countries possible. Why? Because that aid is delivered to the governments of those countries, and those governments are kleptocratic wretches. If they weren’t, the country wouldn’t be poor in the first place. So the aid money is stolen and the people of the place find their situations getting even worse.

And when their situations get worse, they leave. Particularly when the United States is inviting them in.

It’s so bad now that Central American countries are dependent on America. Not on largesse from the government, though Biden’s plan is to move in that direction without a doubt, but on remittances from their citizens and former citizens sending cash home to their families. We’ve seen that with Mexico, where remittances are the single largest source of hard currency in that nation’s economy. In Guatemala and El Salvador remittances are now some 20 percent or more of GDP.

From a purely economic standpoint this motivates the corrupt governments of these countries to encourage emigration to the USA. What’s keeping them from going full-out on that score is pride – humiliation is a big issue in Latin culture, and overseeing the depopulation of their countries is a humiliation for those leaders.

It’s also a humiliation to have Kamala Harris show up to lecture you with that cackling laugh and feigned expertise, particularly when you know Harris’ personal story – how she essentially slept her way up to the U.S. Senate by being Willie Brown’s mistress and then failed up to the vice-presidential spot on the Democrat ticket after her presidential campaign utterly bombed. Central American politicians are generally a pretty rough-and-tumble sort who’ve done business with some fairly unsavory people and have lots of dirt and blood on their hands. To see somebody like Harris jetting in to speak to them as though they’re children can’t be pleasant.

Which is why there were protesters when she landed.

This is really the first time Harris has been put out there as the face of the U.S. federal government, and it’s not a success.

Unless you’re Tucker Carlson, who has been on fire this week. Here was Carlson on Monday with the first of his monologues starring Kamala…

…and then last night Carlson hit her again, and it was glorious.

If you’re paying attention to Biden at all, you realize that Harris, as vapid and useless as she is, is destined to serve at least a little bit of time as the President of the United States soon. Biden is essentially a vegetable at this point; he doesn’t know where he is most of the time and he can’t make complete sentences anymore. The Biden administration is more or less in a state of collapse less than six months after its inauguration, with its legislative agenda essentially dead on arrival in the Senate thanks to Kirsten Sinema and Joe Manchin refusing to agree to destroy the filibuster in order to pass the radical bills coming over from Nancy Pelosi’s hack-partisan razor-thin House majority.

They’re stuck with executive orders which are destined, one by one, to die in federal court. And then it’ll be some incident involving Biden – whether his past corruption catching up with him as the legacy corporate media jettisons him in an effort to save its own credibility, or his current mental state which makes him unsellable to the American people – which catalyzes either a 25th Amendment push or a resignation.

And that will make Harris the president and the Democrats’ nominee in 2024 despite the fact no one in their own party even voted for her.

Which is why, as Carlson notes, she’s being built up as some sort of inspirational figure solely due to her racial identity and gender.

The problem is, if she can’t do the job – and she can’t – it doesn’t help the cause of People of Color or any of the identity groups she supposedly represents. If anything, she’ll prove we’re worse off with, essentially, a diversity hire running the country.

All of which is and will be painful to watch. It won’t end well. But it will end at the next election, because you simply can’t sell this to the American electorate.

Even if it is diluted with illegal immigrants invited here by the current administration.