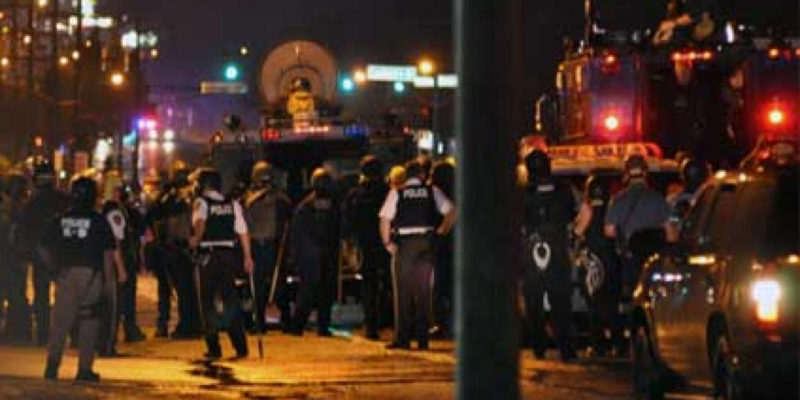 This is a true story that I witnessed on a New Orleans street.

A little while back I was leading a bike ride around New Orleans.  There were about six or seven riders in our group and we were taking a leisurely ride through the city, something I do quite often.

As we rode through a part of the city where a demolition project had blocked off the street we temporarily rode on the sidewalk.  About halfway through one block on the sidewalk I noticed a pedestrian in front of us.  I shouted “Good Morning!” – so he would turn around and see us passing by, on his right.

As I got closer to him, about five feet away, I noticed that he was waving a long shiny object back and forth in his right hand.  In another second I was able to make out what the object was:  It was a large knife; the blade was about seven or eight inches long.

He was waving this large knife in front of his abdomen, with the tip pointed away from him, as he “casually” walked down the street.

I immediately signaled for the bike riders behind me to stop, and I did likewise.  At that point I was about three feet behind this guy.  He never turned around to see me.

I waited there with the other bike riders as this nut continued to saunter down the street to the corner.  At the corner he made a left hand turn, crossed the street, and continued walking with the knife still in front of him.

That’s when our bike ride continued, and to our great surprise in a few seconds we came upon two young police officers walking on foot patrol.  I would guess they were in their mid twenties.  It was a surprise to see them because police officers on foot patrol is a very rare sight in New Orleans.  Very rare indeed.

I immediately stopped in front of the two officers and told them there was a nut walking down the street waving a big knife, and I pointed in the direction where he made his turn.  I gave the officers a full description of his appearance, and as I was doing so a member of the bike group repeated to the officers: “He has a BIG knife.”

Now clearly, the guy with the knife was deranged.  Nobody in his right mind walks down a city street waving a large kitchen knife back and forth.  You would expect the police to find him and disarm him, right?

But that’s not what they did.  They did not follow the guy.  They did not give chase.  In fact, they did not walk one single step in the direction of the nut with the knife.  They stopped their foot patrol and stood exactly in place, and then they mumbled something into their shoulder mounted walkie-talkie.

Meanwhile, the guy with the knife continued on his way.  Who knows if he stabbed someone?  I don’t, but what I do know is this.

Years ago the police acted differently.  I have several cops in my extended family and I remember watching one of them react when I was walking with him on the street and he suspected a burglary was in progress as we passed by a particular house.  He jumped, and I do mean JUMPED into action.

The police don’t do that anymore.  They are scared of the consequences if they make a “mistake.”  If they confront someone with a knife and he refuses to drop it, what do the cops do?  Use their taser?  What if that doesn’t work and he lunges at them?  What do they do next?  Shoot him?  That might end very badly for the cops.

So they basically do nothing.  They have been conditioned, and sometimes directly ordered, to “Stand Down.”  The result is chaos and lawlessness in our streets, which our politicians and so called “community leaders” have concluded is better than rioting.

Some choice the Ferguson Effect has given city dwellers:  Chaos or riots, take your pick.  No wonder why so many people are fleeing America’s large cities.

Michael Weinberger is the founder of the Home Defense Foundation in New Orleans.