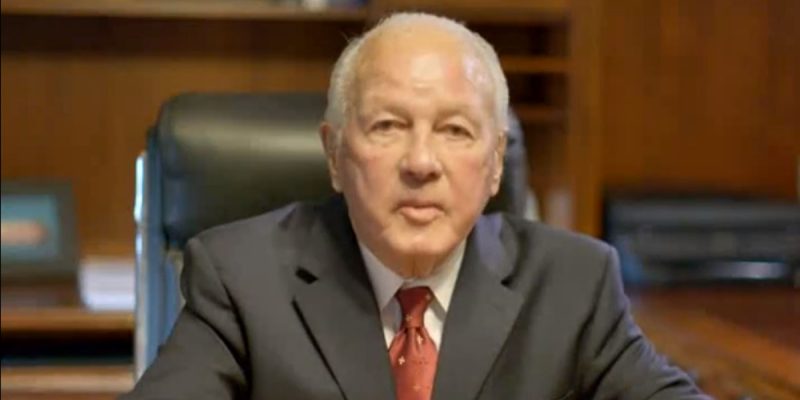 This weekend former Governor Edwin Edwards will receive his send off, lying in state in the House that Huey Built but Edwin Owned before having his remains transferred to the historic Old State Capitol for an invitation only funeral that will be both televised and livestreamed.

Edwards will then be laid to rest at Resthaven Cemetery, the same place where his first wife Elaine is buried.

For a politician who spent eight years in the federal penitentiary, Edwards remained personally popular, even amongst those who would never vote for him.

After leaving prison Edwards made a final bid for elected office, running first in the primary before political gravity pulled him down to earth.

EWE probably didn’t mind the landslide loss as a shrewd political mind such as his had to have known that winning was practically impossible. Maybe he did it to gin up support for a reality tv show career or perhaps it gave him an excuse to press the flesh one last time.

But one of the curious aspects of his popularity was that so many Republicans personally liked him despite being their ultimate villain in state politics.

When President Trump visited the LNG facility in Cameron Parish, Edwards was in attendance. I know this because a number of Republicans gushed over their selfies with the Louisiana GOP’s bete noire on social media.

After his passing a number of state GOP committee members were posting their own photos with the four term governor.

And admittedly one of my favorite pictures in politics includes Edwards. Back in 1999 I attended former Governor Jimmie Davis’ 100th birthday party.

As I was about to take a picture with my mentor Dave Treen, the ex-GOP governor saw his old nemesis and asked Edwin to jump in. It’s one of the few pictures I’ve ever seen where the normally poker faced Edwards is smiling.

A Rare Show of Emotion

Speaking of Edwards’ signature expressionless countenance, I attended an event after he was released from prison and Edwards took questions from the audience.

I asked about his thoughts of the man he crushed in the 1983 gubernatorial campaign and was stunned by Edwards’ response.

Edwards expressed sincere remorse for how he devastatingly taunted Treen in that campaign and teared up while paying tribute to the Republican, who had passed away while Edwards was in prison. Treen had spearheaded a campaign to have Edwards released early from prison for humanitarian reasons as Treen felt it was absurd to incarcerate someone Edwards’ age.

For thus Treen was nearly censured by the very state party he put on the map.

Another supporter of a commutation was former President George Bush, whose son George W. Bush was in the White House. A ranking administration official conveyed that an early release was predicated upon Edwards admitting guilt, which the former governor doggedly refused to do.

One of the things that amazed Louisianans was Edwards’ perceived lack of interest in national politics.

However EWE apparently did harbor Washington aspirations earlier in his career.

When I asked Edwards about this curious political alliance, he matter of factly said he and “Governor Moonbeam” had an arrangement where Edwards would geographically balance the ticket in the south as Brown’s running mate.

On the eve of the 1976 election, Edwards participated in a car parade with Carter and his wife  Rosalynn in New Orleans as a counter to President Ford’s riverboat stumping. Elaine Edwards, who had briefly served as an appointed US Senator, was conspicuous by her absence in the parade for good reason as the First Lady of Louisiana crossed party lines to endorse Ford’s reelection. This had to make things awkward for the governor, though considering his reluctance to back Carter in tbe primaries, perhaps not as much as one would think.

If Governor John McKeithen, the man who made the Superdome happen, is the father of professional sports in New Orleans then EWE is at least the Step-Dad.

1985 was a tough year for Edwards as was standing trial in federal court and the Louisiana oil bust economy was compounding matters.

Yet during the midst of it, Edwards put together a deal to ensure local ownership of the Saints and laid the foundation for keeping the Black and Gold in New Orleans.

In his last term as governor the financing for the New Orleans Arena was pushed through, which was critical in luring the NBA’s Hornets basketball team from Charlotte. The rechristened Smoothie King Center gave downtown New Orleans a badly needed midsized stadium for hosting concerts and other events, serving as a far superior alternative to the UNO Lakefront Arena, far removed from hospitality amenities.

One of the signature traits of Edwards the politician was his trademark expressionless countenance, a stark contrast to his warm, charismatic nature.

His campaign signs sported what looked like a DMV license photo.

Why did EWE never smile for pictures?

Was it a psychological tactic to convey gravity to counter his joie de vivre image or was it concealing something more basic.

A Look of Concern

As a collector of political memorabilia, I can share that Edwards always graciously signed items from his campaigns that I had picked up over the years. The one item that actually brought a chuckle to him was a poster from his 1972 run that featured an odd and dated design logo. He made a point of summoning his wife to show it off, laughing how one of his opponents had claimed it was of Satanic origin.

One of my last encounters with EWE was at the start of the 2014 LSU Homecoming Parade. I was there to help with Garret Graves’ krewe but went over to say hello to Edwards, who was riding in a convertible with his wife Trina, who had a nervous expression on her face.

After we finished chatting Trina sheepishly asked if I could help them out with finding a privy as nature was calling her husband and Edwards couldn’t put it on hold.

My old fraternity house was across the street from the staging area and I offered to walk Edwin inside the house.

Being game day and Edwards being in the midst of his congressional campaign, Edwards flashed a look of concern as I held open the door not knowing what was behind it.

I reassured Edwards by walking in first and then jokingly whispered the coast was clear and the governor went off to answer nature’s call.

Equally suprrised were the actives and pledges loitering around the chapter room as the 80-something ex-governor and political legend strode through their house and then exited shortly thereafter.