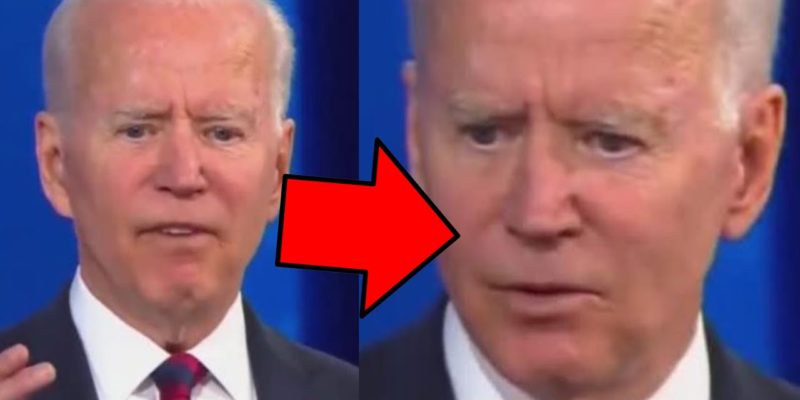 Yesterday during my podcast, which you can find every Tuesday and Thursday afternoon at The Speakeasy, I posed a question: what are his handlers going to do about Joe Biden?

Wednesday night, Biden appeared at a CNN town hall with a sparse audience and proceeded to stumble incoherently over his answers time and again. It was a real eye-opener, or at least it should have been – there really is no denying, or hiding, his cognitive decline anymore.

Whatever your level of respect for Biden, you’ve got to feel like it’s elder abuse to put a man in his state out there as President of the United States.

Then there was this, in which he mumbled his way into a big, fat F You to a restaurant owner who asked him to stop paying people not to work so that he could staff up the 39 locations he’s trying to run…

It didn’t get any better from there…

Now the entire restaurant industry, or at least the owners, is furious over Biden’s attitude. As they should be. First of all, it was Biden’s predecessor Donald Trump who dumped out all of the money to keep restaurants from going out of business – as Trump was morally obligated to do when he stood by and allowed states to shut their businesses down over the COVID panic.

So Biden is taking credit for something Trump did. But Biden is the one who’s causing the current problem by extending these lucrative unemployment payments which are keeping their employees from coming back to work. And his response is they’ve got to pay their people more.

Which, if that’s what they’ll have to do, means they’re going to jack up their prices in order to find the cash to follow his demands.

And that’s inflationary, obviously, which Biden’s flunkies keep saying won’t be a thing.

Nothing about this clown-car government is any good. But that’s a separate topic from the one we’re discussing, which is Biden’s cognitive decline.

It was on full display on CNN. Lucky for Biden, it generated very poor ratings, so most people didn’t see just how doddering and addled he was.

But then there was this today…

This is being laughed off like it’s just a funny little moment. But the man is completely confused. He looks like he belongs in a nursing home.

All this business about Biden eating ice cream all of the time – that isn’t just a quirky thing, you know. Ice cream is prescribed for dementia patients to keep them from lashing out or showing visible signs of agitation.

Ice cream. It takes all of your worries away. It is soothing and delicious, and personable: everyone has a favorite flavor! Ice cream brings people with dementia to happier, warmer times when the treat was shared with friends and loved ones at special, joyous occasions. Ice cream has the power to immediately elicit soothing feelings at the very first taste of a single spoon-full. It erases all the negative feelings related to the frustration and continues to stimulate pleasure receptors in the brain with every new scoop. And dementia (here is the best part!) allows one to fully enjoy the treat, with no concerns for calories, weight gain or dietary needs, completely guilt free! For people with dementia, ice cream is far more effective and safe than Prozac, or any other “happy” drug on the market!

Of course, poor performance from Biden isn’t solely the result of dementia. We thought we’d throw this in. It’s from Thomas Sowell’s YouTube channel, and it’s a little montage of stuff from Clarence Thomas, Sowell and Newt Gingrich to illustrate that at his best there never was much to Biden…

Still, while Biden was always a dunce, he used to be a glib dunce. Now it’s clear he’s in the twilight of his functionality.

It’s pretty clear they’ve got him on some sort of stimulant in order to get him through things like that CNN town hall, though the returns from that are obviously diminishing. Biden wasn’t exactly good in those debates with Trump last year, but he managed to hang on to a degree. If he would have had an answer like the one about the vaccinations you saw above during one of those debates, it would have been a bit harder to sell him as having won 81 million votes.

So you’re talking about a decline which is visible from eight months ago.

And the prospect of an even further decline.

Give this a year, and where will Biden’s cognition be?

What happens if, or when, Republicans retake the House and Senate next November, as the money going to campaigns clearly appears to be predicting?

Do we start talking about the 25th Amendment? Does that start happening before 2022?

And what can the Democrats do with Kamala Harris? She polls horribly, and her staff is a sieve when it comes to leaks about what a disaster she is. It seems pretty clear the Biden inner circle has no interest in turning the reins over to her.

But will they have a choice?

There’s the old Chinese saying, “May you live in interesting times.” What people don’t realize is that’s intended as a curse, not a blessing.

And we are cursed with interesting times thanks to what our ruling elite has saddled us with. They’re going to get even more interesting as Biden’s dementia, or whatever it is which saps his mental faculties, continues apace.

Interested in more national news? We've got you covered! See More National News
Previous Article JAMES: Not Even COVID-19 Can Slow Louisiana Speed Traps
Next Article Did You See The Gigantic Opioid Settlement News This Week?