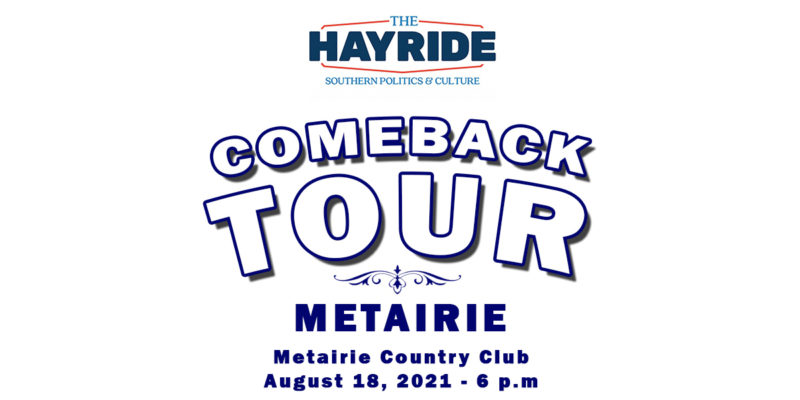 Tickets are now available to The Hayride’s Comeback Tour event in Metairie, set for August 18, and this one is going to be one of our best events yet.

Ever since the word began circulating that Louisiana Treasurer John Schroder was considering a gubernatorial run in 2023, it’s been a priority of ours to make sure he was featured on The Hayride’s Comeback Tour this year, as he’ll be in Metairie. Attorney General Jeff Landry was a speaker at our Baton Rouge event in May, and Schroder will be on August 18.

And yes, this is an indication of our top two preferences, in no particular order, among gubernatorial candidates known or implied.

But we’ve also recruited a good friend of The Hayride, Public Service Commissioner Eric Skrmetta, to join us at the dais. Skrmetta won re-election for his final term on the PSC last year, which makes him one of the more interesting political figures in the state. He’s now termed out on the PSC, he has a record of effectiveness in that job that few officeholders can match, he’s unapologetically conservative and he’s got the right friends. Don’t forget that Skrmetta was the Louisiana chairman of both of Donald Trump’s presidential campaigns, after all.

What’s Skrmetta going to talk about? Future electoral prospects? Guess you’ll have to be with us on August 18 to find out.

But every year, we do our best to bring in a national figure of significance to conservatives for our Metairie event and we’ve done it again. We’ve had Quin Hillyer, Guy Benson, Mary Katherine Ham, and Kurt Schlichter over the years. This year we’ve got Daniel Greenfield, who consumers of the conservative blogosphere might know under his delightful moniker of Sultan Knish, coming in to speak.

Greenfield is is a Shillman Journalism Fellow at the David Horowitz Freedom Center. He’s an investigative journalist taking on the Left’s war on our freedoms and our country. He’s featured often at Front Page Magazine, which ought to be a daily stop along your route through the internet. And with the Left going absolutely crazy across the country, we wanted to hear from a long-time warrior against their aggressions. We’re getting that in Daniel.

So obviously, if you’re in South Louisiana or parts near it, this event is a must-see.

The cocktail hour will begin at 6 p.m. Dinner and the program get going just after 7.

Tickets are $80. We’re bonusing event attendees for this event with a free six-month subscription to The Speakeasy, so that’s an extra incentive to come out.

If your company or organization would like to sponsor a table at the event, which would give you 10 tickets and signage at the event, the price is $1500. Order those here.

It’s going to be one of our best shows ever. We can’t wait. Join us on August 18! 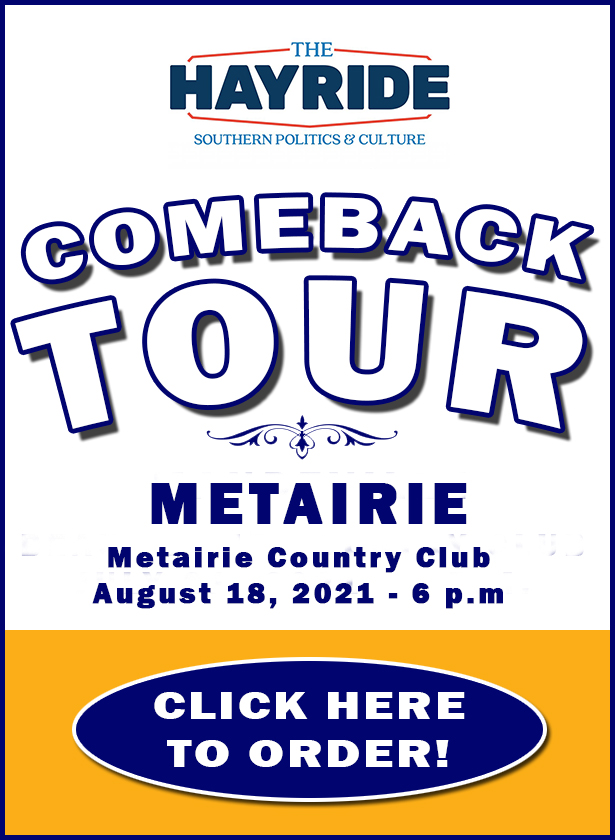 Interested in more news from Louisiana? We've got you covered! See More Louisiana News
Previous Article Proof That You Will Not Be Allowed To Kill Off The Legacy Media
Next Article Here’s What Larry Sabato Says About Congressional Redistricting In Louisiana