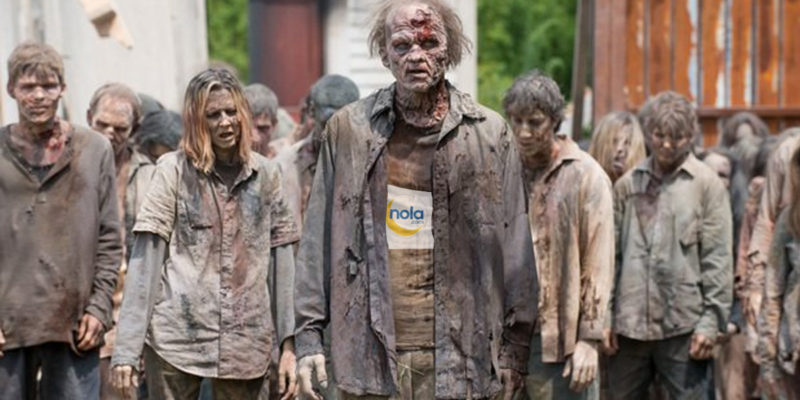 We’ve sat on this story for a few days, but it’s important to talk about it because this month we received a very strong signal that the market no longer controls the media.

In case you didn’t see it, this happened…

The Times-Picayune (New Orleans, Louisiana) and The Advocate (Baton Rouge) will receive a $1 million gift from the Ford Foundation, one of the nation’s largest philanthropic funds, to double the size of the newspapers’ investigative team and expand the geographic reach of the papers’ reporting.

The three-year grant will be made to the Greater New Orleans Foundation for its Louisiana Investigative Journalism Fund, developed in partnership with the news organization. It is the largest donation made to date toward the effort, unveiled in December 2020.

Contributions from individual donors and foundations have already produced the first hire: longtime city politics reporter Jeff Adelson will move into a new role as a data journalist for the team. The Ford Foundation grant will allow the newspaper to quickly hire two additional reporters and a deputy editor.

To date, the newspaper has raised nearly $1.4 million of its $1.5 million goal, estimated to cover the cost of the new positions for three years.

The unit is headed by Gordon Russell, managing editor for investigations.

“I’m beyond thrilled the Ford Foundation saw fit to help us grow our investigative team,” Russell said. “I’m confident this generous gift will allow us to report and write stories that will shine a light on the problems that plague Louisiana — and maybe even help us solve some of them.”

You should remember that Gordon Russell, whose salary is going to be paid by this grant is as partisan a hack as there is. He’s proven it in things he’s written at the Advocate. As for Jeff Adelson, please.

And the “investigative reporting” the Advocate and Times-Picayune, which are now the same paper, does is essentially hit piece after hit piece on Republican politicians. Dud reports on Jeff Landry because a staffing company his brother runs got mixed up with a firm that hired illegals to work on an LNG terminal construction project, when it was Landry and his brother who reported that company to the feds, for example.

Meanwhile the sluggish nature of these intrepid “investigative reporters” let the Picayune/Advocate sit around quietly while the State Police covered up the Ronald Greene killing for two whole years, well past the timeline needed for the beneficiary of that coverup, John Bel Edwards, to be re-elected with a massive black-vote turnout he would never have gotten were it known that the police force he utterly controls was guilty of the worst police abuse of any making the news around the country.

That’s worth a million bucks. Not to the public, mind you, but to the political Left.

It’s not secret that the Advocate/Picayune has become a loser of a business. The layoffs in the newsroom and the shrinking of the paper and its website are obvious signs of that. So is the incessant begging you see from them, panhandling for dollars they can’t make off subscriptions and advertising anymore.

And why can’t they do that? Because the market has determined that the content that paper, or papers if you want to pretend there is a difference between the Advocate and Picayune, isn’t good enough to pay for.

Circulation isn’t what it used to be. Ad revenue definitely isn’t.

The newspaper business is down the tubes for structural reasons, but that’s been going on for a long time. And it wasn’t that long ago that the Times-Picayune had some of the best market penetration of any paper in the country.

Then the woke idiots took over and the Picayune’s readers turned their backs.

The Advocate has had a similar editorial decline, but it has outright sucked as a paper for a very long time.

The sports section can’t carry either one. Not anymore.

So what do you do? Do you figure out how to properly serve the market so that you can at least break even if not succeed?

No. Hell no. Instead of attempting to serve the market, these people run to a left-wing foundation which throws money at helicopters in the name of “challenging inequality.”

Seriously. Root around at the Ford Foundation’s website and you’ll see this… 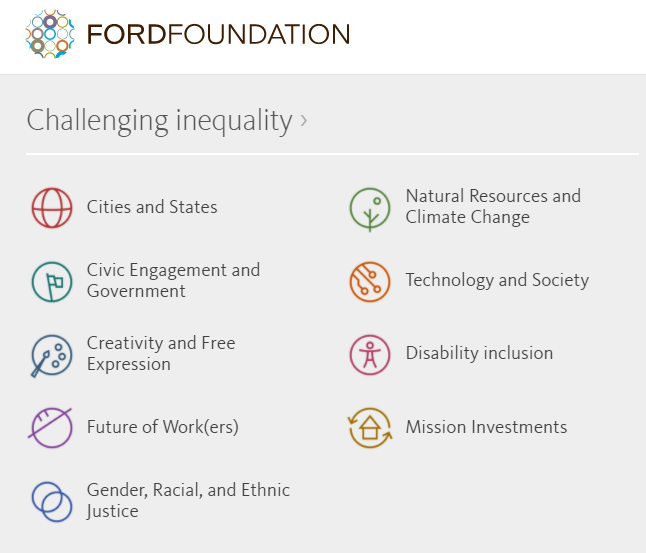 And now that includes dropping a million bucks on a failing newspaper owned by a guy who’s the better part of a billionaire in order to pay him to continue doing hack journalism.

What’s the upshot of this? It isn’t good.

The upshot of this is you will not be allowed to send market signals to John Georges, the owner of the Advocate/Picayune, that his product sucks by not buying it. It will be foisted on you whether you like it or not, because leftist elites from hundreds of miles away will dump money on that product you’ve already chosen to disregard and keep it afloat.

Whether it serves the community or not.

And if you think the Advocate/Picayune’s “investigative reporting” won’t be corrupted by this grand new collaboration with the non-profit Left, then wake up. It’s going to get worse, because having given up on serving the community of Baton Rouge and New Orleans they purport to, these guys will be very faithful to the new community they’ll be serving.

Which is the Hard Left of the Ford Foundations of the world. Whose money they sought out and whose future patronage they will pine for.

Yes, this should fill you with contempt. No, your opinion of these people shouldn’t change. You should already have found them contemptible.

Legacy media is a dead industry. Now we know it’s a zombie industry. Call it zombie media, because that’s what it is.