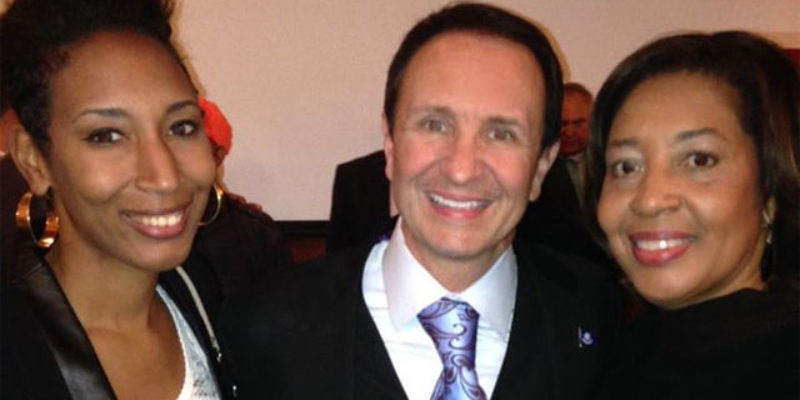 The particulars are these: a woman named Quendi Baloney Darville, who has since 2009 worked as a legal assistant and an office manager for her mother Geri Broussard Baloney, was hired in the AG’s office’s fraud protection department doing constituent outreach for $53,000 per year. She has an undergraduate and law degree, and she has experience in community relations and investigation from no less an agency than the U.S. Justice Department. But that information is not what’s in the article Russell wrote.

Instead, what he wrote was that Geri Broussard Baloney was the top vote-getter among Democrats in the primary race for Attorney General last year (she finished third with 18 percent), and when the elder Baloney endorsed Landry over the incumbent Buddy Caldwell it was a significant step in Landry’s building a coalition to win a landslide victory over Caldwell. And he insinuated that the daughter’s job working for Landry was a payoff from the endorsement.

Russell also wrote that in 1999 Quendi Baloney – he called her Quendi Baloney, rather than Quendi Baloney Darville, as she calls herself in her social media accounts – pled guilty to three counts of credit card fraud and/or theft – essentially from some misbehavior involving a credit card she engaged in when she was living in Virginia. And that Landry “looked past” her criminal record in hiring her.

And Russell actually got a quote from Buddy Caldwell, who was sure to say that nobody who was a convicted felon ever would have been hired in his office. This we know to be false; in a later post we will elaborate. If Russell doesn’t also know that statement to be false he’s a lousy reporter and not just a dishonest one.

But what Russell didn’t report was that Quendi Baloney was 19 years old at the time she pled guilty to the credit card fraud. She had graduated from St. Mary’s Dominican High School in New Orleans only two years earlier. He didn’t report that she was a student at George Washington University at the time, or that she earned a degree from GWU as a Spanish major.

Russell didn’t report that in 2003 she started at Loyola Law School in New Orleans, graduating in 2007.

And obviously Redeemer-Seton Catholic School, which employed Baloney as a Spanish teacher from 2004-05, didn’t think the credit card issue was disqualifying.

Quendi Baloney was given a six-year suspended sentence in 1999 and hasn’t been arrested in the 17 years since. It’s pretty fair – and obvious – to say she’s learned her lesson and is not the stupid 19-year old kid she was when she got in trouble with the credit card issue.

That’s not our opinion, it’s also the opinion of the U.S. Justice Department, which hired her as a contractor in 2008 and gave her a security clearance to perform investigations of housing discrimination by the notorious slumlord and Los Angeles Clippers owner Donald Sterling; the team Baloney was on managed to secure a $2.7 million settlement from Sterling for their work.

Russell also was informed that Quendi Baloney is fluent in Spanish, having earned a degree in studying the language and having taught Spanish both in high school and in college, which qualifies her to do outreach in the Hispanic community – which is part of her job description in Landry’s office. That also didn’t make it in his article.

Here’s her job description: “Ms. Baloney is a representative of the Attorney General’s Office who works to educate constituents on a variety of issues including auto fraud, fair housing, and elder scams.”

All of this information Gordon Russell had when he wrote that story about Quendi Baloney and how Jeff Landry paid off her mom for that endorsement by hiring a crook in the AG’s office. We know this because we asked Landry’s office to supply us with whatever information they gave Russell, and they did.

Including a copy of her resume, and also a letter that Baloney herself wrote to Russell defending herself amid the investigation of her background.

And yet Gordon Russell and the Advocate thought it was newsworthy to destroy her reputation over a $53,000 a year job without reporting any of the above as qualifications mitigating the supposed corruption or poor judgement Landry showed in “looking past” the legal trouble her dumb mistakes as a 19-year old got her in?

What’s funny is that legislation called Ban The Box passed in this year’s legislative session which would, for some government jobs, eliminate a past criminal record as a disqualifier for employment. And that legislation was supported by the Advocate’s editorial board, in a complimentary June 14 op-ed about the bill’s passage. So when Landry, even before the bill passes, embraces its spirit and gives somebody a chance despite that blemish on her record the Advocate decides it’s necessary to trash her – and him – before the whole world?

Why on earth would that paper print this bilge?

The obvious answer, if you reject the thought that Gordon Russell is a hard-core racist who’s out to get Quendi Baloney because she’s black, is that the Advocate is carrying water for John Bel Edwards and his crusade to discredit Landry in advance of the latter’s potential candidacy for governor against Edwards in 2019.

Landry is fairly aggressively setting himself up as Edwards’ chief critic in state government, and this is blowback. It’s also instructive as to the lengths the Advocate will go in order to do Edwards’ bidding. So much for the thin cloak of “objectivity” that paper purports to wear.

Interested in more news from Louisiana? We've got you covered! See More Louisiana News
Previous Article Rob Maness Once Served On ‘Hispano’ Board Which Advocates For Mass Immigration And Amnesty
Next Article APPEL: Actual Progress In Higher Education? Perhaps So!