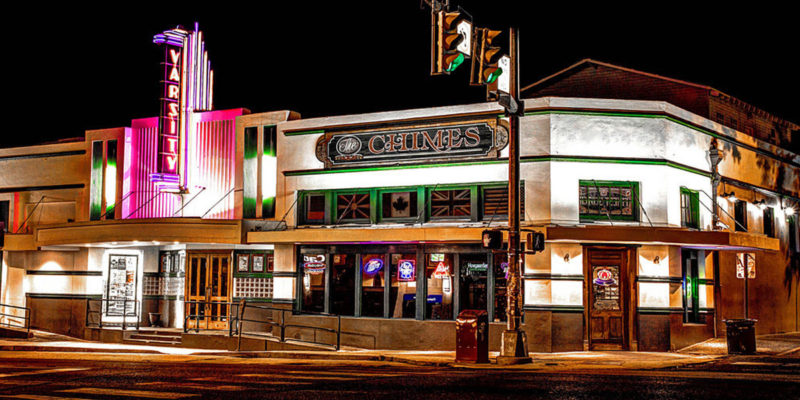 We’ll let you judge for yourself whether this fresh “incident” is real, or whether it belongs atop the large pile of “juicy” hoaxes we seem to be accumulating.

There is someone out there in Baton Rouge whose name is Davante Lewis. He has a job as the Director of Public Affairs and Outreach at the Soros-funded leftist outfit the Louisiana Budget Project, and he’s worked at that organization in various capacities since early 2018, when he returned to Baton Rouge after a job as a school behavioral counselor in Georgia.

Lewis graduated from McNeese State in 2014. He was actually the student body president there for a time, but his term was not without controversy. It seems there was a discrepancy about his eligibility to serve…

“I will not stand for unilaterally being removed without following the constitution,” said Lewis.

Lewis is speaking about the recent decision by Williams not to recognize Lewis as student body president.

“Dr. Williams believes the constitution regarding the grade point average is very clear, and based on that GPA requirement in the SGA constitution, Mr. Lewis is ineligible to be the SGA president,” said Townsend.

The constitution states that in order to run for president, candidates must maintain a 2.4 cumulative grade point average. It also says candidates must have an average GPA of at least 2.5 over the two previous semesters. Lewis thinks the language is confusing.

“The line clearly is talking about qualifications, there is no denying that,” said Lewis. “It’s just that we have to work diligently with the administration to clear up the language so there is no confusion for anybody.”

Based on Lewis’ interpretation, he met the GPA requirement two semesters before taking office in the spring of 2013. But the university’s interpretation includes the spring semester he took office. Lewis admits that semester wasn’t one of his best.

“We’re students it’s our student government, we can be correct in our interpretation,” Lewis said. “But if we are correct, then he will withhold his approval of the constitution and therefore withhold the opportunity for us to use any of our funds has to be approved by the president.”

“The only way I would leave this office is if the student body – who has elected me twice as president – tells me to or impeaches me through senate procedures,” he said.

Lewis wasn’t removed as student body president. McNeese State’s administration backed down and allowed him to continue in that job despite his being academically ineligible for it.

With that as background, there is this…

@tweetchimes just kicked me and two friends out after a drunk white LSU student kept looking at our table and calling us niggers multiple times. Once, we reacted and told him to cut it out we were also asked to leave for “causing a scene” and that both parties were at fault

@tweetchimes I never got out of my seat or raised my voice, but I was still denied service and told I must leave. I’m angry, I’m hurt, I’m disappointed, but not surprised. Being Black in this damn world is exhausting.

Then this happened, which was where the story might have gone a little wobbly…

Someone walked up to my table unprovoked and called me and others a nigger and @tweetchimes really responded by telling us we needed to leave.

I’m still processing all of this, but I’d be lying if I say I’m not shaken.

Wait I thought you said he sat at a table and stared at you while calling you the n word? Now he walked up to your table saying it? You need to get your story straight

We weren’t there, and we can’t say what happened. Perhaps things went down the way Lewis said…or one of the ways he said.

But what we’ve seen is a very significant pattern of hoaxes in which racial incidents are cooked up and weaponized against ordinary people for whatever reason. And these seem to happen all the time in Baton Rouge.

The Chimes’ Facebook page is now being plastered with social media attacks. So far, we haven’t seen them respond to the controversy.

Davante Lewis has twice run for office. He got only 24 percent in a two-way race for the School Board in Calcasieu Parish in 2010 when he couldn’t have been more than 18 or 19 years old, and then in 2020 he ran for the Baton Rouge Metro Council in District 10, placing fifth out of seven primary candidates with just 12 percent of the vote.

What we can say is this is the kind of thing that probably doesn’t hurt a business like the Chimes as much as it would have a couple of years ago, because people are tired of hearing about these incidents only to find out they were made up.

And that restaurants don’t generally kick two different parties out on a Friday night unless there is a pretty good likelihood of a physical altercation.

And that it would be very rare for a white college kid to, unprovoked, begin verbally assaulting a table of black people in a restaurant with the “N-word.” This kind of thing carries very little percentage for the racist, and is quite likely to end in fisticuffs and injury with zero offsetting benefit. Even among drunkards on a Friday night it would seem to be unusual.

Perhaps this did happen. Perhaps the Chimes has video footage to show there was such an incident. Three things are potentially true.

First is that Lewis is telling the truth, and if so it’s possible the Chimes was racist in kicking his party out of the restaurant despite having done nothing other than politely protest being called the N-word by a foaming-at-the-mouth bigot LSU student. Or perhaps the manager who pulled the plug simply panicked at the scent of a commotion and threw the proverbial baby out with the bathwater and race had nothing to do with it.

Second is that someone may well have verbally abused Lewis and his party, but the response to the provocation was so over the top as to alarm the management, and a quick action to get rid of everyone involved might have prevented a brawl.

Third is that nothing about this alleged incident is true.

We’ll see, in the event the Chimes responds, which of the three to believe.