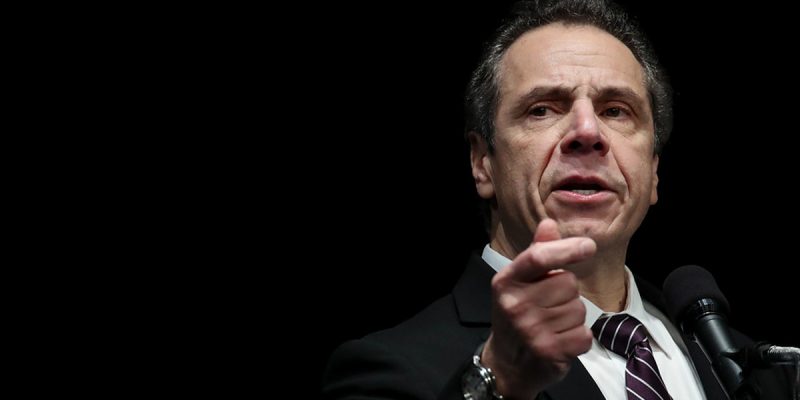 Andrew Cuomo had the distinction of being the worst politician in America long before reports of his ill treatment of women finally surfaced and the arrival from Red China, via various European layovers, of the Coronavirus pandemic.

Eight years ago a grandstanding Cuomo stampeded through the feckless New York legislature the pithily-acronymed but seriously flawed NY SAFE Act that included the absurd prohibition of loading more than seven ammunition rounds in a clip that can hold ten (later struck down in court as comically arbitrary and unconstitutional) and not exempting retired law enforcement personnel from parts of the act (fixed in a subsequent amendment that was passed through the ordinary legislative process).

But it just wasn’t the passage of the bill, as terrible as it is, but the obnoxiously theatrical manner Como bulldozed it through the legislative branch.

To merely pass a bill before an agreeable and pliant legislature wasn’t enough for the son of Mario Cuomo; the heir to the alleged Democtrat political titan wanted to demonstrate to Leftists his willingness to employ political force by the benign-sounding “message of necessity,” generally intended for actual emergencies and not posturing and grandstanding.

The NY SAFE bill was passed by both New York Senate chambers within two days and signed by Cuomo into law before the ink dried an hour later.

If you were part of the gun-grabber crowd, Andrew Cuomo was signaling that he was your champion (and potential presidential candidate), normal process and constitutional reservations be damned.

Cuomo shamelessly exploited the deaths of the 20 children and six adult staffers massacred at Sandy Hook Elementary School in Connecticut by trying to link that horrific tragedy with his grandiose “do something” action even though the bill would have done nothing to prevent that act of mass murder even if that state had the exact same law on the books.

It was a crass act of political theater that conveyed precisely what kind of person Andrew Cuomo was and is. It just took a few more years of time for the full reveal, courtesy of those he stands accused of directly abusing through word and unwanted touch.

Finally #MeToo became #TooMuch for even the brother of a CNN personality.

Eleven women, most of whom served in state government in some capacity, came forward to air allegations that the New York governor had committed various acts of sexual harassment in the workplace and socially with the accusations ranging from kissing to having made suggestive comments about their appearance.

And while driven out of power by these accusations, Cuomo is likely grateful that as damaging the charges of sexual harassment are, this narrative is providing the New York governor a relatively less toxic smokescreen that cloud his far greater transgressions.

It’s very likely Cuomo will never face the music, at least in this life, for his reprehensible handling of COVID-19 in terms of his deadly nursing home policy and the surrounding institutional deception to coverup of the more damning truth.

President Joe Biden made that official, practically writing a de facto pardon on the wet concrete of Cuomo’s political grave by offering words of praise for the disgraced New York’s actual management of the Empire State.

It was George W’s “Doing a heck of a job Brownie” on Cialis.

The Biden Department of Justice had announced a few weeks ago they would not launch a civil rights investigation for turning nursing homes into superspreader holding facilities for those who had contracted the easily transmissible coronavirus.

Though loss of status and the sudden effective end of the limitless ambition of the nation’s most notorious political animal will leave a mark on Cuomo.

Cue “Never Gonna Be President Now” from the musical Hamilton.

But will it register on New York’s voters?

This is the fourth high-ranking New York Democrat taken down for sexual misconduct even if criminal charges were amazingly not filed in some cases.

Cuomo is preceded into political oblivion by now registered sex offender & ex-Congressman Anthony Weiner for sexting a minor, ex-Governor Eliot Spitzer for paying for hookers, and perhaps the most sadistic former Attorney General Eric Schneiderman who was accused of beating four women and going “slaver” on a Sri Lankan artist and social activist whom he demanded that she refer to him as her master.

Of the three only Weiner faced criminal charges or did time.

The series of New York Democratic scandals is the result of the conveniently unacknowledged consequence of people voting for any Democrat, as you risk ending up with anything in office.

The Cuomos, Spitzers, Weiners, and Schneidermans of the political world believe they possess immunity and free license to engage in misdeeds by virtue of their office and party affiliation.

Many of their victims feared real consequences for speaking out,  a mindset their empowered abusers use to their advantage.

Worse I’d wager that they felt very much alone in their ordeal especially since supposed women’s advocacy groups have fawned all over these very politicians over the years though their leaders had to be cognizant of the kind of sociopaths whose political careers they were advancing.

Soon to be sans office, Cuomo will always have his Emmy Award (people sometimes get offices for lying but the New York governor actually received a trophy for that deed!) and the International Academy of Television Arts and Sciences will have him festering around their necks like an albatross, each serving as a character reference for the other.