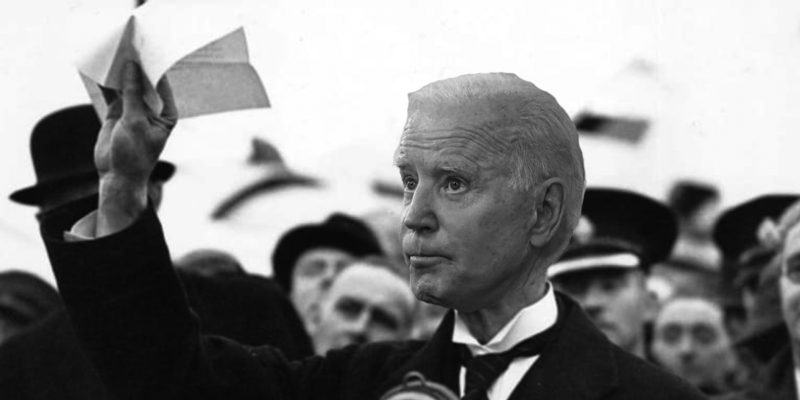 I like history. I find things that things that happen in the past are fascinating and I lean into my perception of history for my political beliefs. Whether it’s molten gold being poured into the mouth of Crassus, the Cadaver Synod, or the impact that Franz Ferdinand had on the entire 20th century, the stories that we miss becomes the debt we owe in the future.

We won’t know the full impact of the Afghanistan surrender debacle until some point in the future. My hope is to lay out for you just how devastating this is. My greater hope is that I am wrong. Either way, it’s time to pay attention.

“From when we sold our vote to no man, the People have abdicated our duties; for the People who once upon a time handed out military command, high civil office, legions — everything, now restrains itself and anxiously hopes for just two things: bread and circuses.” –Juvenal.

The quote by Juvenal was a reference to the people of the Roman Republic who at one time took their voting very serious, but over time as the government provided food and entertainment, they abdicated this role. Yes, socialism existed then as well, and helped lead to the downfall of Rome. Still, it was up to the people to be informed and as they became more and more distracted, they abdicated their role in government.

We are ready how to fix things without understanding if it’s broke. We know a 100 different genders and label each other in 2 political ideologies. We speak of oppression and ignore the world. We choose to judge the past and not tend to our own character. We say we love freedom and not learn history.

And now here we are, faced with perhaps our greatest challenge and many in our nation are focused on issues other than Afghanistan.

Here’s what it means.

Our weaponry was left in Taliban’s hands. Our technology will soon find it in the hands of the Russians and the Chinese and they will reverse engineer it, meaning, their battlefield technology will be as good, if not better than ours.

Some of that weaponry will soon find it turned on Israel and the Middle-East will be more unsettled than before.

Once we are out of Afghanistan, the Russians and the Chinese already recognize the Taliban as the legitimate government, meaning, we won’t be able to go back in if there is another terrorist attack on our soil.

Afghani women won’t have schools, jobs, or freedom. Homosexuals will be thrown to their deaths from rooftops. Afghan men will be slaughtered… and the Americans left behind? At best, their life, not their soul, saved by their willingness to renounce their religion. At worst, executed by beheading.

ISIS, Al Qaida, Taliban will be at war with each other you say? “As an old friend from Kuwait once told me two Arabic sayings:. One is“The enemy of my enemy is my friend.” The second is “I am with my brother against my cousin, but I am with my cousin against his enemy.” We are their enemy, and as long as we exist, they’ll be friends and fight with each other afterwards.

We think we are done with Afghanistan, but Afghanistan is not done with us. For them, this is not victory, just a victorious battle. They are looking for a reason to continue the fight and will push Biden as far as they can until he finally stands up and fight. Biden doesn’t understand this. In fact, Biden is more likely to blame a video by some guy in California for offending the Taliban than to blame the bloodthirsty guttersnipes.

Which brings me to Neville Chamberlain. On September 30, 1938, Chamberlain signed an agreement with a bloodthirsty guttersnipe (Churchill’s words, not mine) and declared “Peace in our time”. What Chamberlain did not understand, and Churchill did, was that an overzealous want of peace leads to war. Chamberlain so wanted peace, he’d do anything for it. Churchill understood that in order to be free, sometimes you have to fight for it. And a very famous quote ensued.

“We seem to be very near the bleak choice between War and Shame,” Churchill said. “My feeling is that we shall choose Shame, and then have War thrown in a little later on even more adverse terms than at present.”

Biden so wants peace that he wants to get out of Afghanistan, but the only thing he’s accomplishing is surrendering the upper hand to our enemies. They will lie to us, tell us what we want to hear, but that August 31st deadline isn’t meant to end the war, it’s meant as their excuse to continue it.

While Biden looks forward to September 11th as a date he can parade around on nation celebrating “peace in our time.” I fear that on September 11 we’ll have a new reason to “never forget.”

Interested in more national news? We've got you covered! See More National News
Previous Article Dialysis Patients Need Help. A New Medigap Bill is the Perfect Place to Start.
Next Article SADOW: The Voters Will Have Their Say About The Cowards On BESE