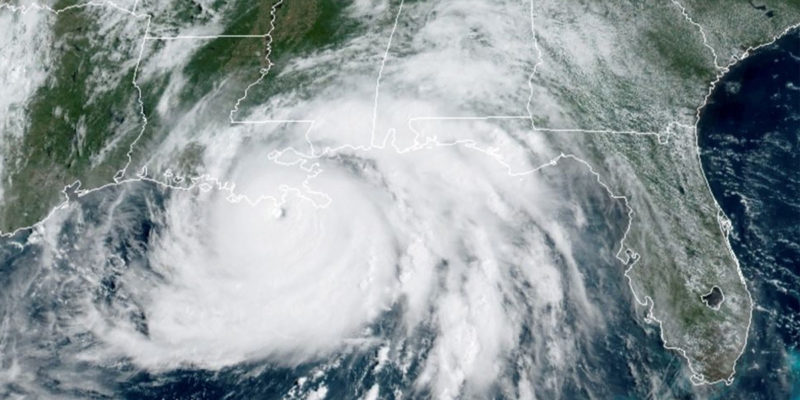 Hurricane Ida has struck Louisiana, plowing inland. Hopefully no deaths or injuries will occur, but property damage will be great. And insult added to injury when catastrophic anthropogenic global warming hucksters try to use the event to popularize their unscientific, destructive agenda.

These acolytes started the drumbeat prior to landfall, and undoubtedly will continue it for the indeterminate future. The hot air they project goes something like this: greenhouse gas emission will hike temperatures, all in the air, land, and oceans, to provide increased fuel for more hurricanes to form, to allow these to strengthen more, and to make them endure longer.

The only problem with this line of reasoning is the scientific evidence doesn’t back it up. Were the above scenarios to play out, this means hurricane data could serve as indicators that increased emissions create CAGW. Setting aside that gas increases seem to show little relationship to temperature changes (and more to other natural phenomena, such as solar activity), the hurricane hypotheses rest upon measurable and significant temperature increases exclusive and unaltered by other natural phenomena, as well as records of storm frequency and intensity.

That’s where the idea begins to break down. First, part of the warming theory also posits that wind shear increases where hurricanes form and intensify, which inhibits their formation and growth. So, the fueling effect of (supposedly) increasing water temperatures become partially, if not totally countered by increased shear.

Then it turns out that land and air temperatures don’t have the impact that models used to construct the hypotheses claim. And then look at the methodology used – called “attribution science” – to make the allegations about hurricanes which is so flawed in its conception that it adds nothing to the scientific debate.

Finally, the data simply don’t support any of these hypotheses. Recent Atlantic data reveal no relationship between water temperature and number or strength of hurricanes in that region (where those that hit the Gulf Coast form), and, if anything, are weaker explanations of this activity than observed patterns of sea surface temperature change independent of greenhouse gas emissions. A global view (including the origins of about 70 percent of all hurricanes which hit land) from 1945 shows no increase in Category 3+ landfalls over that stretch and a falling number of total storms – all this in a period of presumably slowly increasing temperatures and rapid increase in gas volumes shot into the atmosphere.

Hurricanes becoming more in number and intensity is highly questionable theory and the data don’t cooperate to support it. In turn, this helps to invalidate CAGW. Yet jackals will pounce on Hurricane Ida to politicize it when concern should focus on ameliorating the suffering and destruction it leaves in its wake.