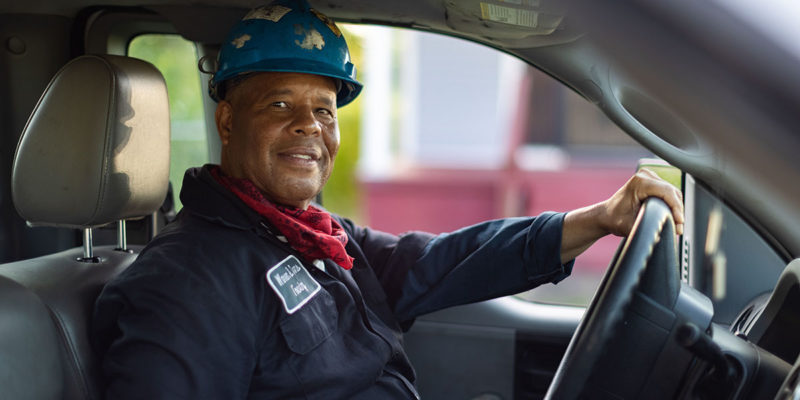 New Orleans grandfather Kermit Warren has survived a hurricane that left him homeless and a pandemic that left him jobless. But he says nothing compares to an encounter with federal agents that left him penniless.

“It was my worst nightmare,” says Warren, who proved his resilience after Hurricane Katrina flooded his house in the Lower Ninth Ward. Working with the U.S. Army Corps of Engineers as a civilian contractor, he helped rebuild his community, where he serves as the head deacon at his church.

Warren hustled again when he got laid off during the COVID-19 lockdowns. Rather than stay unemployed, he decided to expand a part-time scrap metal business into a full-time endeavor with his adult son. To make the plan work, the pair needed a tow truck.

Warren found a potential seller in Ohio, so he collected his life savings and flew north on Nov. 3, 2020. When the transaction fell through the next day, Warren purchased a one-way ticket home.

Carrying cash is legal on domestic flights, so he hid nothing from the Transportation Security Administration. Screeners asked about the money and let Warren proceed to his gate at John Glenn Columbus International Airport.

That’s when their job should have ended. Instead, the TSA reported its discovery to the U.S. Drug Enforcement Agency. Three federal agents then approached Warren, interrogated him and took everything. The haul, which totaled nearly $30,000, included an inheritance that Warren received when his parents died, along with income from scrapping metal and working at Central Grocery and the Roosevelt Hotel.

“When they seized my life savings, every penny that I worked for—every honest dollar that I earned over the last 25 to 30 years—it made me feel like I was the dirt on the ground,” Warren says.

More than nine months later, Warren has not been arrested or charged him with any crime. Yet the government is trying to take his cash permanently using a process called civil forfeiture. The maneuver allows law enforcement agencies to seize and keep assets without convicting anyone of wrongdoing. All they have to do instead is link property to criminal activity using low standards of proof.

Warren had no idea that such a thing was possible. He is not alone. Other targets of the scheme have partnered with the Institute for Justice, a public interest law firm that opposes civil forfeiture, and fought back in a class action lawsuit against the DEA and TSA.

Warren partnered with the Institute for Justice and contested the forfeiture of his life savings in a separate case on Aug. 10. In all of these attempted forfeitures, the government has tried to link cash to drug activity without providing details about who, what, when, where or how.

Rather than filling in the blanks, agents have relied on insinuations, speculation and generalities. They say Warren looked nervous, for example, and they claim that a drug dog alerted on his cash.

The government also highlights a lie that Warren told during his interrogation, when he panicked and claimed to be a retired New Orleans police officer. To back up the story, he showed the agents a badge that his older son had given him after leaving the force.

Importantly, Warren did not pose as an active law enforcement officer or assert police authority. He is apologetic for his attempted deceit, which the agents quickly detected, but nothing he said warrants the loss of his life savings.

Congress laid down the minimum standard in federal forfeiture cases when it passed the Civil Asset Forfeiture Reform Act of 2000. The law requires the government to connect assets to criminal activity by a “preponderance of the evidence,” meaning that allegations must be more likely true than not.

A better approach is criminal forfeiture, which requires the government to prove guilt beyond reasonable doubt. But even under the civil standard, prosecutors must present something more than guesswork.

When they cut corners, courts must hold them accountable. Otherwise, the system leaves people vulnerable to more than just hurricanes and pandemics. Law enforcement becomes the real calamity for innocent property owners like Warren.

Interested in more news from Louisiana? We've got you covered! See More Louisiana News
Previous Article SADOW: The Climate Ghouls Will Attempt To Co-Opt Ida For Their Agenda
Next Article VIDEO: LaPlace Was Hit Very, Very Hard By Ida