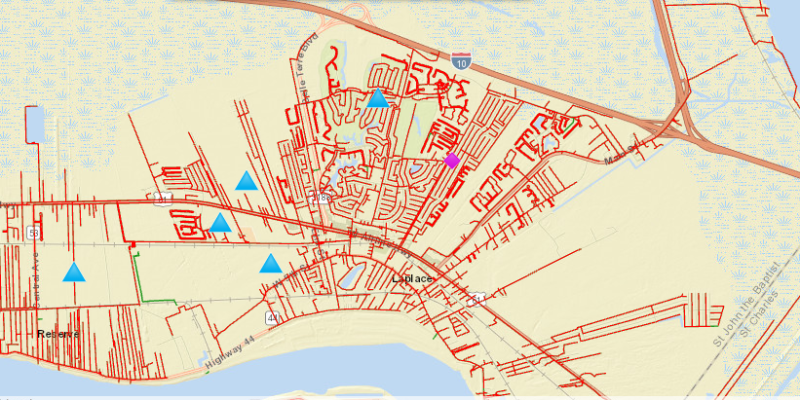 When I was a kid, I was guilty here and there of some Yogi Berra-style malapropisms. For some reason there were certain things I just couldn’t get out of my mouth properly. One of those was LaPlace.

It came out, for whatever reason, as “Lake Place.” I have no idea why.

I doubt I was psychic, but when the word hit that LaPlace had been clobbered especially hard by Hurricane Ida, I couldn’t stop thinking about my old pronunciation errors. LaPlace is certainly Lake Place at the moment.

The hurricane pushed some six feet of storm surge from Lake Ponchartrain through the swamps into this St. John Parish community, and just to add insult to that injury LaPlace took some 12 inches of rainfall from the storm.

What you see on this video is the result. It was shot by drone on Monday.

Frequent passers-through, as LaPlace sits just west of the Bonnet Carre Spillway and the junction of I-10 and I-55 (the bulk of the town is south of I-10 and more closely straddles Airline Highway closer to the Mississippi River), will recognize the area in this video near to the interstate. You might well have fueled up at one or more of those gas stations. Well, it might be some time before they’re open again.

It might be some time before LaPlace comes back to life. Ida delivered what could be a fatal blow to LaPlace.

You can see that closer to the river, there was less flooding. That’s higher ground, so it isn’t a surprise. But the wind damage to the houses which stayed dry was pretty extensive. There just doesn’t seem to have been any escape from the storm in LaPlace. 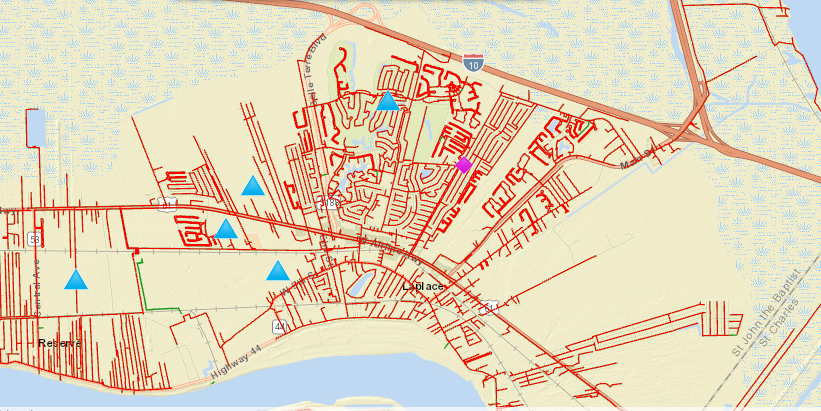 Of course, there’s a reason this flooding happened. LaPlace was never put behind a flood protection levee. That’s something that should have been done long ago, and in 2018 everyone was all smiles about the $760 million levee that was supposed to go up on the north and east side of the town to ward off floodwaters from Lake Ponchartrain and the Maurepas Swamp.

Just four weeks ago the people of LaPlace were assured protection was coming, as ground was broken on the new levee construction.

Fat lot of good that project did for them when it was most needed. Perhaps in 20 years, after many of the current residents have moved away, LaPlace will have a levee to protect it from a major storm.