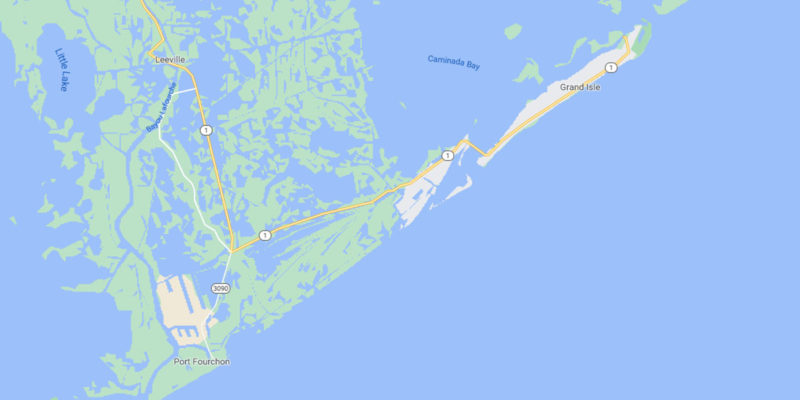 The eye of Hurricane Ida actually passed over Port Fourchon rather than Grand Isle at its landfall at 11:55 a.m. on Sunday, but that’s more or less a distinction without a difference. Grand Isle is only a few miles to the east of Port Fourchon, and thus it caught the worst-of-all-eastern eyewall of the hurricane, with its 150 mph winds and massive storm surge.

You’ve certainly seen the video footage of the storm in Grand Isle by now. If you haven’t, this is a taste of what that looked like…

Another bit of footage…

Yesterday, it was possible for planes and helicopters to get over Grand Isle to have a look at the damage. As you might imagine, it was extensive.

The takeaway here is this – while Grand Isle’s fishing camps are commonly thought to be the old-timey, cheap weatherboard buildings, particularly since Katrina the newer models are more like above-ground nuclear fallout shelters on stilts. They’re concrete-and-steel fortresses built to withstand a monster storm like Ida.

And generally speaking, the new ones did. Some sustained cosmetic damage.

There will be more of those concrete fortresses, because the footage shows that many of the old-school fishing camps are no more. Ida blew some of them right off their stilts and scattered their shards for tens and hundreds of miles.

Grand Isle is going to be rebuilt, because it’s too important a mecca for Louisiana’s recreational fishing passion. But the next generation of outposts in civilization’s tenuous salient into the Gulf of Mexico is destined to be even tougher and more robust than the current one.

It has to be. Even if it’s a long time before anything like Ida comes calling again.