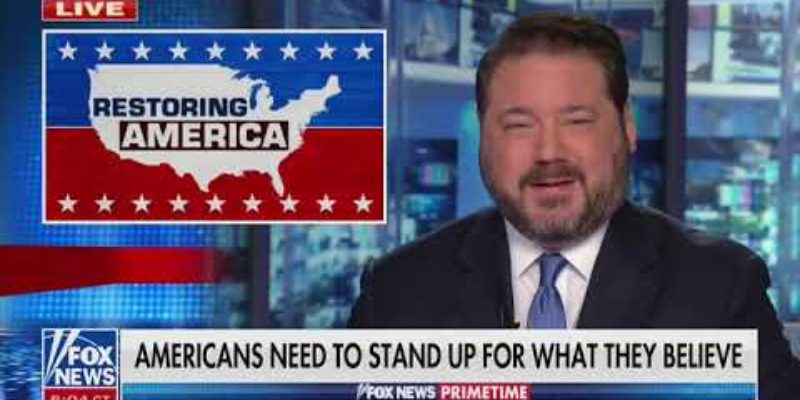 We have a couple of video clips from this weekend, both of which were awfully impressive to us when we ran across them.

First, something from Sunday. Sen. Rand Paul put this out on Twitter as a bit of a clarion call to the American people telling us to resist attempts at COVID lockdowns, vaccine mandates and demands for more masks. Paul, who has led the effort to hold public health bureaucrats accountable for virtually every aspect of their failure either to contain the spread of the virus or protect basic civil liberties, is now openly calling for resistance.

It’s a very forceful statement, one which will likely drive the Left up the wall, but all of it rings true.

We are at a moment of truth and a crossroads. Will we allow these people to use fear and propaganda to do further harm to our society, economy, and children?

Or will we stand together and say, absolutely not. Not this time. I choose freedom. pic.twitter.com/XrI2tjdAHW

Paul, if he sticks to his word and holds up bills demanding those amendments, will bring down the wrath of Chuck Schumer. But that’s OK, because the more recriminations there are against him the more he’ll stand out and the larger his following will become.

Because the American people are sick and tired of fear-mongering and double-talk from the Anthony Faucis and Rochelle Walenskys of the world. This is a presidential administration, mind you, which just openly defied a Supreme Court ruling in nationalizing, at least temporarily, the country’s rental real estate market – that’s the kind of flagrant abuse of power which ought to have the entire White House in tar and feathers, and if we end up on a jury for whatever mob should spring up to apply such treatment to its functionaries, we’re a “not guilty” vote whatever the evidence.

But then there’s Ben Domenech’s video from Friday, and it’s equally as important. Everybody needs to see this one…

Domenech, all last week, pushed the concept of a “Wide Awake” America, in which the citizenry stops going along with the increasing ratchet of our economy and society into corporatist socialism (which in early 20th century terms was the pristine definition of fascism), and this was his closing argument.

For building communities. For strengthening ties with friends and family. For filling in the hollowed-out space between the people and their government.

He’s talking about the civil society, which is the single most devastating loss in America over this past 50 to 60 years since the moral breakdowns of the 1960’s. A nation with a healthy civil society and common culture doesn’t need an intrusive government and will in fact instinctively resist it.

We need lots more Rand Pauls and Ben Domenechs. But it’s hard to find any more eloquent advocates for a free, strong, smart society than these two.