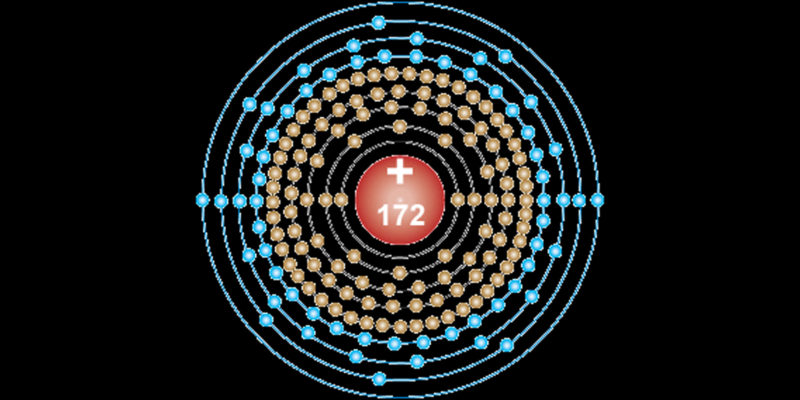 172 is the atomic number of the manmade element Unseptbium. 172 has been the designation of a number of our Navy’s vessels. In ancient Rome 172 was the year of the Consulship of Scipio and Maximus and the model number of a famous Cessna airplane.

But to us here in Louisiana 172 is infamous as the new national ranking of LSU, our state flagship school. That’s right, the university that is supposed to represent the best of our state is ranked 172nd among all universities, dropping 20 places in the US News and World Report’s highly regarded annual report. LSU now ranks 85th among major public universities, and in the South way behind Alabama and Ole Miss (tied at 67) and only ahead of Miss State (99th).

The reasons for this didn’t happen overnight, but clearly, we are nosediving under the leadership of Governor Edwards and his appointees to the LSU Board and the Board of Regents. Who amongst us hasn’t followed the direction of our beloved institution as it careens down the Woke Road to mediocrity? Who hasn’t watched the surrender of the reputation of LSU as an institution of high academic achievement as it commits ritual Hari-Kari by investing more effort on trying to meet the extant definition of fairness and less on challenging our best and brightest? How can a university lower the bar for admissions (and probably retention and rigor if I had to guess) and ever expect to be a standout among academic institutions?

But this is Louisiana. We are that state that has often spent far more per K-12 pupil than many other southern states, yet we are perfectly willing to accept failure. We are a people who elect mediocre leaders because they feel comfortable to us or because they tell us what we want to hear or because they have been in politics a long time. We are a state that places a winning football team over almost anything else, especially high standards and an expectation of academic achievement.

Now we are paying a high price for our folly as we watch more and more of our better students flee the state to get more benefit from their four-year higher education investment. And if the current trajectory continues, we should expect growing political pressure to make LSU even more “fair” to increase. Translating that, the focus will be to lower standards even more in order to be sure that the time to graduation, the retention rate, and the graduation rate all remain high. As a byproduct the path to ever lower achievement at our flagship will continue as fairness supplants quality as the cause celebre for politicians and bureaucrats. But this is Louisiana!

Let’s imagine a different scenario, let’s reimagine LSU as an outstanding academic institution. For that matter, let’s imagine how we would change all higher education outcomes the state?

Clearly nothing will happen until we have courageous, visionary leadership in the governor’s office. OK, that is a pie in the sky, but if it came about how would it manifest itself?

That governor would dump the whole Board of Regents and all the other higher education management boards, then either appoint fearless, non-political people committed to exceptional education results or better yet, merge all into one. With the help of a pro-results legislature (I am not sure that could ever exist either) we would restructure the entire system of traditional four-year higher education. For this purpose, I am not referring to the community colleges or the vo-tech schools.

In place of the cobbled together system that we endure I propose as I have done many times a three-tier strategy. LSU would be the true flagship, maintaining above average admission standards, high academic standards, and vigorous rigor as its metrics. Then we would designate five graduate level institutions, one each in the four corners of the state and one in the middle. These would have incrementally lower standards than LSU, but still offer post-grad degree paths. Finally, we would designate the rest of the schools as regional institutions, with lower standards and lower expectations. This process would assume the consolidation or closing of redundant institutions (for instance in the Northeast corner of the state, an area losing population, we have three post-graduate level institutions within a few dozens of miles of each other).

With such a strategy we would focus our resources proportionate to tier ranking and to some extent student population, not in proportion to political strength. Resources would then be tempered by a system of accountability and outcome metrics. As a last imperative we would direct the institution Boards or Board to abandon the wasting Woke policies and concentrate on one thing, high level success in academic outcomes. This new way of thinking would concentrate our efforts on academic results based on ability and commitment, not on politically popular definitions. It would focus spending in accordance with a real plan and not through political expediency.

In writing this I suppose that I have aggravated just about everyone in the state, but I knew that when I undertook it. I knew so because when I was in the Senate I put forth an element of this plan and then, on several occasions, I proposed to create a single higher education board. What a joy it was to buck so many entrenched special interests!

In 2010, for the first time in Louisiana history, I proposed to reorganize a group of higher education schools in an attempt to improve student outcomes. I proposed to merge UNO, SUNO, and Delgado into one multi-tiered and well-financed school for the New Orleans region. Under a hail of racial and misinformation attacks I narrowly lost my effort.

Just imagine what higher education in New Orleans would be today if we had a school that offered so much. Just visualize how many corporations would want to be in a city that offered well-educated and motivated graduates from a highly-ranked university. Just imagine how much more prosperity for our people would have come from community in which high-quality education was truly the mantra, not just a political talking point.

As long as it we have a system of education that dilutes resources, willingly submits to lowering standards and rigor, and doesn’t know what it wants to be when it grows up, LSU and all the others will never achieve a reputation as highly-regarded academic institutions.

Do we seriously care if ranking 172 is low enough? Do we really care that our state is perpetually the laughingstock of the south?

There is only one solution, we must start thinking about the good of the whole and abandon the small thinking that comes from an unwarranted dedication to maintaining the status quo. One thing is sure, without serious reform, LSU and the rest of our higher education institutions will continue to slowly sink under the burdens we place upon them.

In closing I might emphasize one thing. No university can overcome the truly awful outcomes of public K-12 education in Louisiana. Education is a continuum. Until the students that are the raw material of higher education institutions have the requisites and motivation to succeed no higher education reforms or big funding increases will ever produce better results. Leaders and academicians who accept lowering university academic standards in the name of fairness in order to compensate for their unwillingness meet the challenges of K-12 outcomes should be banished from our state.

Interested in more news from Louisiana? We've got you covered! See More Louisiana News
Previous Article Landry Is Going To War Against Biden’s Vaxx Mandate
Next Article SADOW: Will Rescheduling This Fall’s Elections Change Any Of The Results?