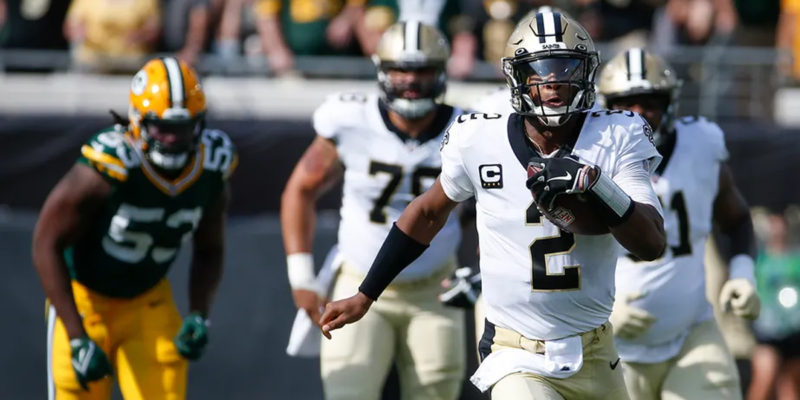 Sixteen years ago an event pushed through south Louisiana that would affect practically every aspect of life in the New Orleans area, from how we protect the area from catastrophic flooding to state politics.

Even the pro football team would be touched, with its future in Louisiana hanging in the balance.

In retrospect the bloom came off the rose of both then-head coach Jim Haslett and starting quarterback Aaron Brooks after securing the franchise’s second division title and first ever playoff victory in the tandem’s first season in 2000.

The campaigns that followed in the next four years were that nexus of paralyzing awful: not good enough to return to the postseason but not quite terrible enough to force large scale changes by the ownership.

You could say the Saints were stuck in purgatory.

And then hell was unleashed on August 29th and what followed was a full reveal of the sad state of affairs in the franchise.

Half the team was jettisoned, including Haslett and Brooks, in the off-season and long overdue sweeping changes were made.

Enter Sean Payton and Drew Brees, the latter thanks to Miami’s botched handling of the coveted free agent quarterback, something the greatest college football head coach of all time still seems compelled to have to explain away in a deep sweat a decade and a half later.

A regular season scoring juggernaut was born and General Sherman had competition for the distinction of being the city of Atlanta’s least favorite visitor.

But even legendary coach-qb tandems don’t last forever (just ask Bill Belichick) and the streetcar that plowed over their divisional rivals 7 times in the past 15 seasons would reach its terminus when a battered #9 hung up his cleats after losing a divisional playoffs game to his future Canton peer Tom Brady.

Would Payton, sans Brees, end up like a Brady-less Belichick, stuck managing a team rebuild that might go beyond his remaining tenure with the franchise?

That was the $180 million (that amount being the NFL’s team salary cap) question going into the 2021 season.

And the answer from Week 1 isn’t absolute but is very promising.

Hurriedly relocated to Texas as a powerful hurricane roared towards the state (an unwelcome deja vu), the Saints had to prepare on the road to face the 2020 NFL MVP and aspiring game show host.

Now here is where the methodical and crafty side of Payton, who slapped fleur de lis emblems on billboards around Miami in 2010 in advance of the Super Bowl to create a psychological effect on both teams, may have come into play.

Returning Times Picayune Saints beat writer Jeff Duncan penned an article revealing that Airline Drive went through great lengths to game every advantage for what was going to already be a challenging match up for the uprooted Saints, from calculating air fare from Wisconsin to Jacksonville to limit the number of foam cheese heads in the stands to Aaron Rodgers’ less than stellar performance record in Florida.

Playing September outdoor football in Duval County isn’t the same as the Dells. This move was less from Vince Lombardi’s playbook than Sun Tzu’s Art of War.

And then there is the personnel assembled by Payton, General Manager Mickey Loomis, and Assistant GM Jeff Ireland who ensured well in advance that when Brees left, the offensive shelf wouldn’t be bare but just stocked with new ingredients.

The defense bottled up the Green Bay Packers prolific offense while a patient Jameis Winston spread the football like butter on bread, with 8 different players making receptions yet none catching more than 3 passes.

Though throwing for only 148 yards Winston made the passes count with 5 touchdown receptions and not a single pick.

And a possible sign of a commitment to offensive balance in Payton 2.0, the Saints running backs Alvin Kamara and Tony Jones rushed for a combined 133 yards. Adding in Winston’s 37 rushing yards, the Saints actually had more yards on the ground than in the air.

There are 16 games left to play in the regular season and injuries to key players can change a team’s fortunes overnight.

That said, the Saints seem more prepared to go forward in the 2021 season without their franchise quarterback than the Atlanta Falcons are with theirs.