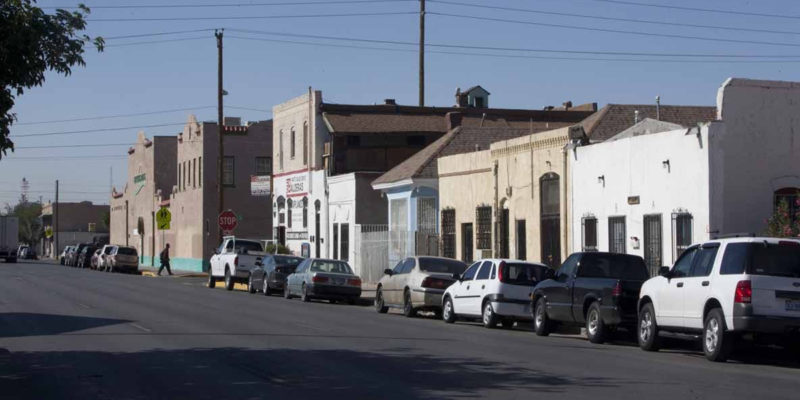 Editor’s Note: Part 1 of a four-part series by Jeff Blanco

There are a few things that I’ve learned in life that apply to normal-day stuff which often spills over into politics, and throughout this, I’ll put down some of those truths and how I learned them. Some of you will condemn this, while hopefully many, or most, of you will get it.

I was born in Nicaragua as a naturalized U.S. Citizen. My childhood could have easily been growing up in Nicaragua while the country went through two civil wars. I was fortunate in that I grew up in the United States and not a war-torn disaster area.

I grew up in a poor Chicano neighborhood with most of my friends being Chicano. Being poor, there is no such thing as a middle class. There’s your class, and everybody else who has more than you (the rich). Fighting was a common thing. I’ve been in more than a few fist fights and I have the battle wounds to prove it. I was always more afraid of walking away from a melee than standing and fighting. Looking back, I’m glad I was. Three things I’ve learned from that.

2. It’s better for a child to be in a fist fight than a gun fight.

3. The enemy you fight today may become your best friend tomorrow.

For us, we had our problems and then there were “White people problems.” There were issues we’d face day-to-day which mattered to us, and then we’d watch people in the entertainment industry prioritize things that weren’t relevant at all. As a song in the late eighties proclaimed “How Will I Laugh Tomorrow, When I Can’t Even Smile Today”. When you’re focused on surviving today, you’re not worried about the sunshine of tomorrow or the minor problems of other people. The fact is, people who dramatize minor issues are mocked by less fortunate people.

The runaway success of the derisive “Karen” meme is a product of this resentment.

Minority communities are a lot more conservative than you think they are. Where minority Americans fall on issues like gun control, religion, immigration, and trust of government are actually more right than left.

Gun control laws are irrelevant in “bad” neighborhoods. It does not matter what gun control laws you pass, they are still going to get their guns and nobody is going to snitch on them.

God is very important. Even more sinister people have a cross tattoo or a crucifix nearby. Reliance on a belief in God is important, even if not practicing their religion or actively sinning.

A healthy distrust of government? Why do you think minorities lagged behind in getting vaccinated? Do you really believe they have representation? The only time politicians show up in the neighborhoods is when they want something, most likely their vote. Democrats come every four years and then spread the message that Republicans are racist and evil. In fact, the Democrats are currently calling Republicans “American Taliban,” while the Biden administration builds a partnership with the actual Taliban.

The problem isn’t the message the Democrats carry. After all, it’s the only thing they actually offer minorities… Fear. The problem is that the Republicans prove them right by never showing up.

So that leaves the government officials who are constantly in those communities. It is the police who are the face of government in these neighborhoods, and there is a long-standing tradition that police are not your friend. Add to that the recent bashing of police on a wide scale through media, protests, and riots, and that distrust of government sinks even lower.

I’ve never openly stated my background until now. I’m not ashamed of it and never hid it. I’ve seen things that I probably shouldn’t have, but it wasn’t as bad as you see the TV portray life. However, one of the inherent truths is the more somebody has to throw their heritage in your face,  the less they actually know about their heritage or have pride in it.