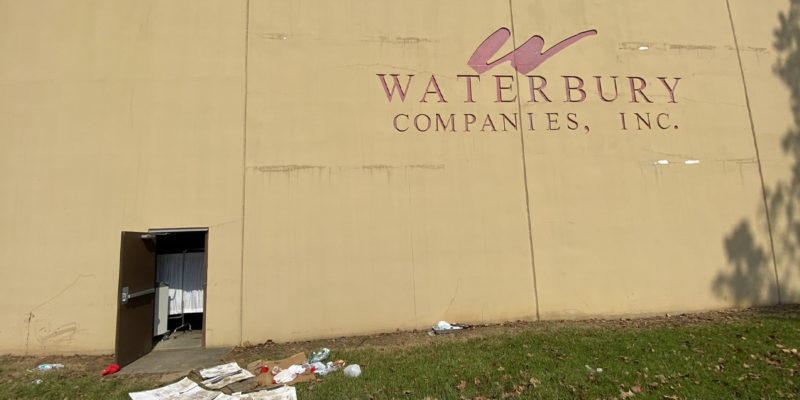 Fortunately, Hurricane Ida cost only a few Louisianans their lives. Unfortunately, the circumstances behind most of these deaths leaves uncomfortable as yet unanswered questions that could lead to the Governor’s Mansion.

During the storm, six nursing home clients died in a warehouse in Independence. Seven facilities in the southeastern part of the state, operated by Baton Rouge businessman Bob Dean, in advance of Ida disgorged over 800 clients into the building also owned by Dean. That site had met with Department of Health approval; all group homes in the state (as well as individuals served in waiver programs) must have on file an approved evacuation plan. In fact, LDH reviewed and reaffirmed that plan prior to the evacuations.

However, LDH now claims the facilities didn’t follow the plan. And according to Republican Atty. Gen. Jeff Landry, employees there turned away LDH representatives wishing to survey the place – an action that prompted Landry to open an investigation of the entire operation.

That’s just one of several murky aspects to the whole thing that Landry needs to bring to light, starting with the approval of the warehouse as an evacuation site. Typically in these instances, nursing homes either send clients to other homes under the same ownership or work out agreements with other facilities to house them, not warehousing their charges in a building not designed to service even a handful of patients although that would be a much cheaper solution. It would be interesting to know whether LDH has approved similar arrangements and under what circumstances.

If this arrangement turns out as exceptional, the possibility that politics had something to do with it rears its ugly head. As explained in an article by the leftist-backed Louisiana Illuminator website, Dean and his allied companies delivered $42,500 to the campaign of Democrat Gov. John Bel Edwards in the month or so running up to the 2019 governor’s race that ended in Edwards’ reelection.

He also gave $7,500 for the reelection of Democrat Tangipahoa Sheriff Daniel Edwards, the brother of Gov. Edwards. Additionally, the police chief of Independence is the Edwards’ brother Frank, also a Democrat and who also ran for reelection that year, but didn’t receive any money from Dean. Both Daniel Edwards and Frank Edwards refused to have their departments look into the deaths, said Landry, who raised that as another questionable aspect.

(In the “mighty have fallen” as well as “role reversal” categories, the New Orleans Advocate/Times-Picayune ran the Illuminator story, the material for which may be republished with attribution for free. Its author had been a T-P employee until The Advocate bought out the T-P, and then laid her off.)

As helpful as the Illuminator story was, it missed crucial context that may mislead readers. While proclaiming Dean “has been a generous supporter of both Democratic and Republican politicians in Louisiana,” it failed to tell readers that the large bulk of his donations, straight from him or from his companies, went to Democrats. From 1994 to 2007, the few Republicans to which he donated had one or both of two things in common: they were local candidates and/or they were Democrats who switched parties.

That imbalance might not have been so uncommon in that era because Democrats controlled all levers of state government, and nursing home operators are among the most prolific donors to campaigns given the gravy train policy has provided for them. But bringing a much more partisan shade to Dean’s political dealings is, as the article notes, he made no contributions from 2008 to 2018, only then ponying up for the two Edwards in 2019 (and a federal contribution in 2021 made to a political action committee allied with Republican Sen. John Kennedy). That period began when Republican Gov. Bobby Jindal assumed office and before his first term ended power had shifted to Republicans in the Legislature. The story missed that it is odd that if someone truly wants to have influence over state politicians through donations in a nonpartisan fashion that they would give only to members of one party when they were in power while eschewing contributions to members of the other once they assumed power.

This makes the role of Dean’s giving even more compelling as to its impact on decisions affecting his business made within the executive branch controlled by Gov. Edwards. The governor has said he will launch his own investigation, but Landry has done the right thing in doing his own to ensure a fair and impartial vetting actually gets to the bottom of the tragedy.

Interested in more news from Louisiana? We've got you covered! See More Louisiana News
Previous Article APPEL: Will Ida Change Much Of Anything In Louisiana?
Next Article OWEN: The Politicians, Not The Soldiers, Lost Afghanistan