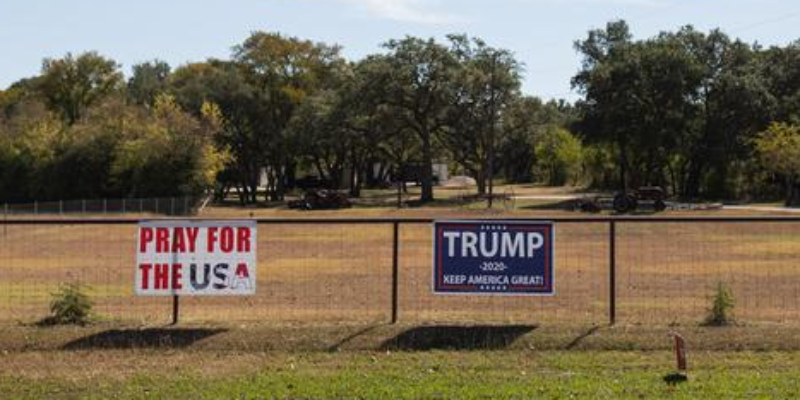 A four-week-long, late summer special election to fill the seat vacated by former Republican state Rep. and now-Congressman Jake Ellzey will be extended by a runoff.

In the eight-candidate special election on Aug. 31, no one earned more than 50% of the vote (hence an automatic runoff according to Texas election law). The two most-known GOP contenders were highly favored in the conservative district, with the lone Democrat trailing with 11 percent of the vote.

Here’s how the vacancy occurred: Ellzey entered Congress in July to replace deceased U.S. Rep. Ron Wright — and this after Ellzey served half a year as Wray’s successor in the Texas House as Wray did not seek a fourth term. Ellzey, in another hotly contested special election, bested Rep. Wright’s widow, well-known Republican activist Susan Wright (Harrison was also a candidate in this race but did not make the runoff).

The date of the runoff has not been set by Gov. Greg Abbott at the time of writing. The winner will serve out the remainder of the term which ends in 2023.

From the hip: Despite the intrigue from the Wright/Ellzey square-off and two familiar faces hot off campaign trail, turnout for the special election was what you might expect for a special election, under 9 percent, with Harrison and Wray separated by 582 votes.

Wray, a recognizable name from three previous campaigns and a middle-of-the-road conservative vote, was the easy favorite in early voting and was expected to win by several observers, until Harrison came in hot on election day.

Was it Harrison’s Trump connection that put him over the top? Endorsements from Sen. Ted Cruz, Congresswoman Beth Van Duyne, and a smattering of movement conservatives also couldn’t have hurt.

Then you have Wray’s connections as a former Texas capitol figure, coming in from Ellzey as his preferred successor, many local officials, and numerous Republican-backing organizations such as Texans for Lawsuit Reform and the NRA. But were voters put off by his decision to take up the state rep mantle after hanging it up so recently?

And as usual there was the polarity between uncompromisingly anti-abortion Texas Right to Life, which backed Harrison, and the more centrist and speaker-friendly Texas Alliance for Life, which again endorsed Wray. The average voter may not understand the nuances between the major pro-life advocacy groups, but it does show the ideological/strategic differences that may exist between the top candidates.

Polling data is scant in these largely rural districts so it’s hard to determine for sure what factors led to Harrison’s rise, but it may be that Trump’s shadow still looms large — especially in areas where his campaign signs still adorn fences along highways and gravel roads throughout the Lone Star State. It may not even require a formal endorsement.

Here are the final unofficial results: