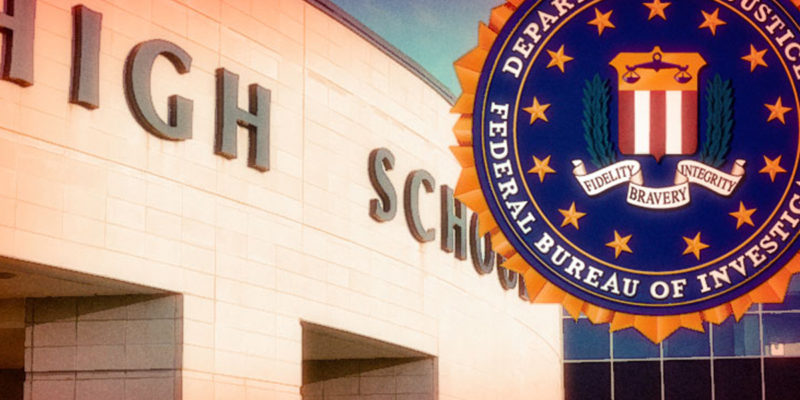 The ever-encroaching tentacles of the federal government are on display again.  In this past week we have seen two of the most recent examples.

The Association requested the federal government to investigate cases where threats or violence could be “handled as violations of federal laws protecting civil rights.”  It also asked for the Justice Department, FBI, Homeland Security and Secret Service to help monitor threat levels and assess risks to students, educators, board members and school buildings.  In response, Attorney General, Merrick Garland, ominously stated that the Justice Department would use its authority and resources to discourage the “threats” posed by parents of grade school children and “prosecute them when appropriate” when they voice opinions that dare to differ from the received wisdom of a hostile and distant federal governmental bureaucracy.

This is both surprising and disconcerting.  Concerned parents are not, by any stretch, like the threat posed, for example, by Columbian drug lords or the scourge of human trafficking and traffickers or the forest fire of new coronavirus cases spreading rapidly from the southern border and all over the nation because of the Biden Administration’s refusal to comprehensively and methodically test all those entering our country illegally, all the while this same Administration supports a vax and mask mandate for every American.  (What ever happened to, “no one tells me what to do with my own body?” Oh yes, that only applies to abortion).  Nevertheless, at the president’s request, the Attorney General has sicced the FBI Dobermans onto local school boards.  This governmental attempt to chill and suppress fundamental constitutional rights is simply over the top.

The U.S. Supreme Court has many times recognized the fundamental liberty interest of American parents in—and constitutional right to control and direct—the education of their own children.  Further, rowdy and heated local opposition to local government decisions and policies has been a hallmark of civic engagement and our constitutional form of government.  How is it not perfectly reasonable that parents would become exercised and perhaps even a touch inflamed that such inappropriate and poisonous topics are being taught to their children? Broadly speaking, such local (here, parental) activism is exactly what our Constitution sets up and requires and why many of us believe the purest and most effective form of government is that which is most local and closest to the people.  It’s also why we demand that more political decision-making and policy determinations devolve back down to the states, cities, and local governments where they belong.

The second recent example of federal government overreach by the Biden Administration—in the form of IRS law enforcement—comes in an announcement this week of an invasive new plan that will allow the federal government to audit virtually every financial transaction of the American people who have bank accounts with a balance of $600.

This is insane and un-American.  This is not only another drastic form of government overreach, but also illegal and unconstitutional.  The 4th Amendment protects every American against unreasonable searches and seizures—invasions of privacy—that are not supported by probable cause or a warrant.  This broad, generalized “mining” of private financial information using the pretext of “catching wealthy tax dodgers” is a major infringement of data privacy and grossly flouts the guarantees of the 4th Amendment.

Illegal and burdensome overreaches and infringements such as these by the federal government must be detected, called out and defeated.  We simply must take to heart President Reagan’s chilling warning: “Freedom is never more than one generation away from extinction.  We didn’t pass it to our children in the bloodstream. It must be fought for, protected, and handed on for them to do the same, or one day we will spend our sunset years telling our children and our children’s children what it was once like in the United States where men and women were free.”

Interested in more national news? We've got you covered! See More National News
Previous Article CROUERE: It’s No Wonder Catholicism Is In Crisis
Next Article SADOW: Louisiana Needs To Do Something About Its Business Cost Rankings